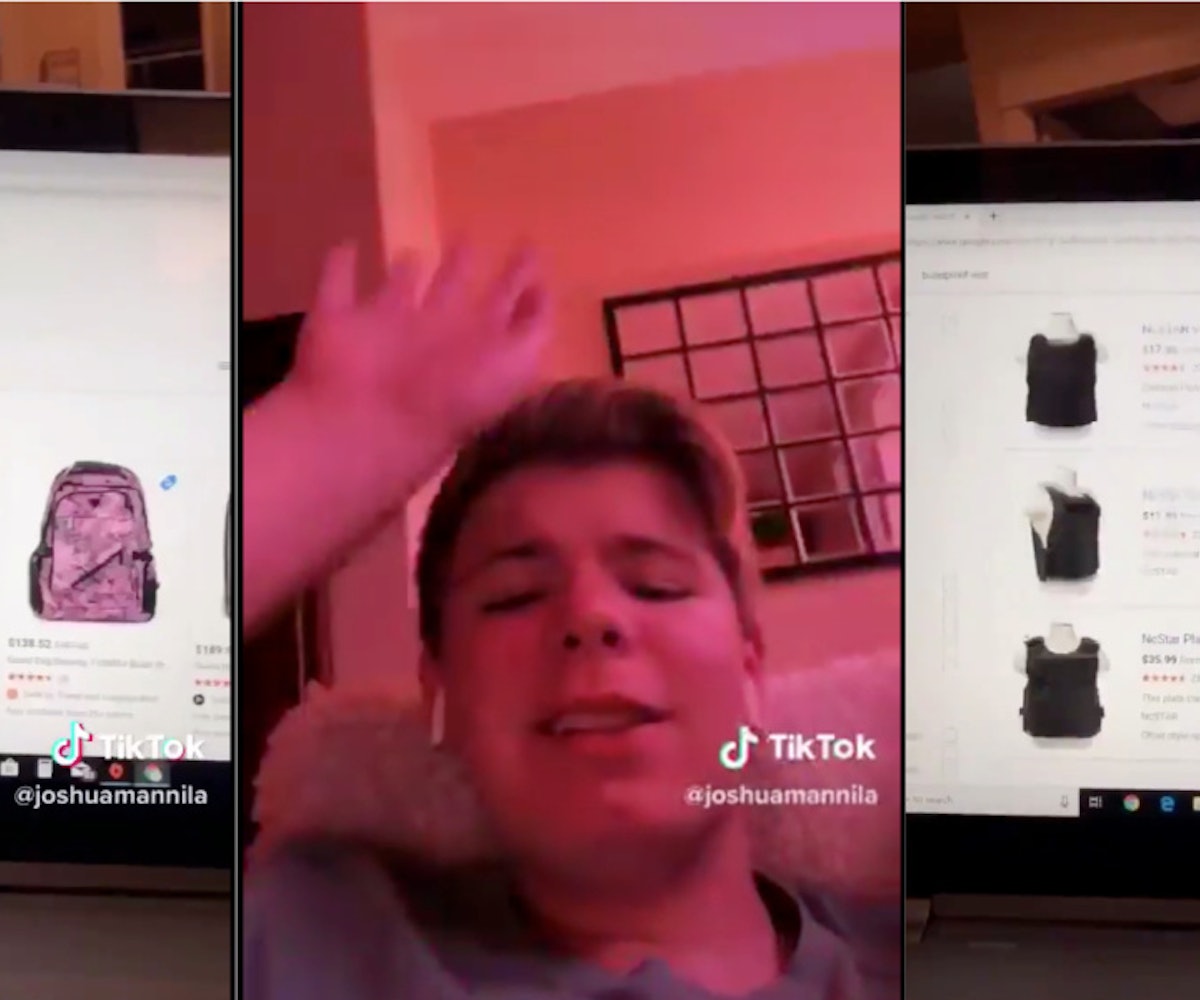 Teens are now making dark humor TikToks depicting reactions to the frequency of open shooters. In the wake of three mass shootings over the course of a single week—in Gilroy, California, El Paso, Texas, and Dayton, Ohio—there has been an uptick in meme responses to traumatic news, including on the popular video app used by Gen Z.

One TikTok, which had been viewed 261,000 times and counting on Twitter at time of posting, is soundtracked by "Bulletproof" by La Roux. In the 15-second clip, TikTok user @joshuamannila dances to the music in various flashing colored lights before flipping the lens toward his computer screen to display searches for bulletproof vests and backpacks.

While the tone of the song and clip suggest a dark, humorous intention with the video, it is difficult to take in on first view. As the clip gained attention on Twitter, user @auntbeckyrose responded, "I mean I guess it's better than being swallowed by a nonstop sense of dread and impending doom when you're 14 years old." But the existence and perceived need for bulletproof backpacks should not even be a conceivable reality, much less one that is set to music and memed.

Another recalled Columbine occurring during their childhood and "thinking it would remain a rare tragedy," but it's become anything but. In response to the recent trio of shootings, Stephen Cohen pointed out on Twitter, "Since the Columbine class of 1999 reunited for our 20th reunion last Saturday, 53 Americanas have been killed in mass shootings." Without common-sense gun reform, it will only continue.