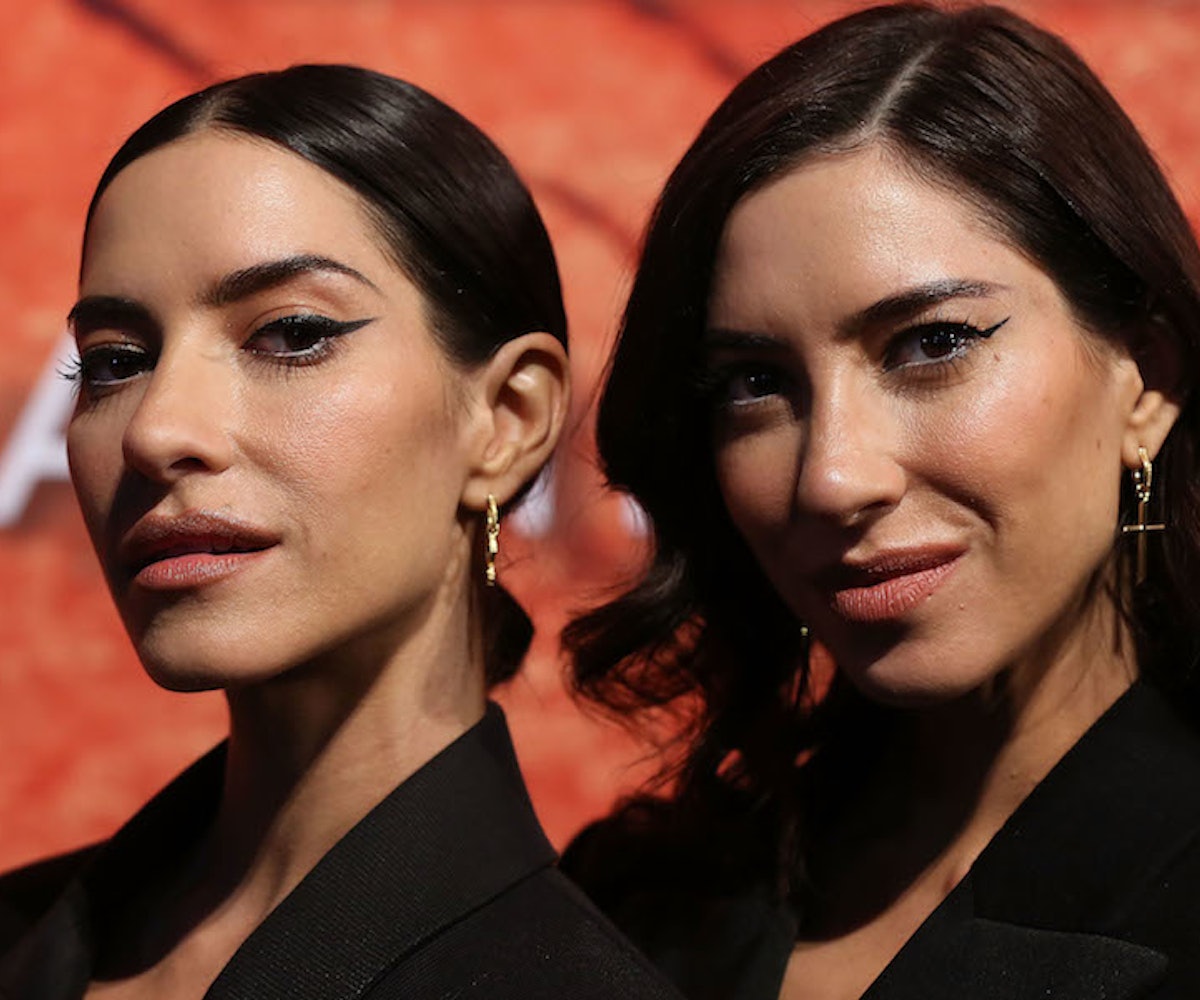 It's been two long years since The Veronicas, made up of sisters Lisa and Jessica Origliasso, have dropped a single, but they're back with a breakup anthem that'll have you ready to subtweet your ex. "Think of Me" is the perfect bittersweet ode to getting over a relationship; a little bit sad and nostalgic, but encouraging of owning your worth and moving on.

Yesterday, on host Ash London's radio show, the two teased the new song. London couldn't help but dig into what she referred to as "raunchy" lyrics; in the chorus, the duo sings, "Do you miss me in your sheets?/ Do you miss me in your bed?/ The way we talk all night/ The way I give you head." They told London there was never really any hesitation toward keeping the last lyric. Jessica—whose relationship with Ruby Rose ended last year—joked to London, "It's a skill that I've been told I'm particularly good at, that's why it made the song."

The Veronicas also confirmed to London that they'd finished up a brand-new album, track-listing prepared and all, but no word on when that will be released yet. Back in February, Jess teased a much sadder re-introduction to The Veronicas with an Instagram clip of a song potentially titled "Without You." In the video, as ocean waves crash against her, she sings, "I know you said I will never find myself without you/ My biggest fan, not allowed to sing a note without you" later pivoting in the chorus: "Without you, I can hear myself again."

Listen to "Think of Me," below, and stay tuned for The Veronicas coming back to take over electropop.