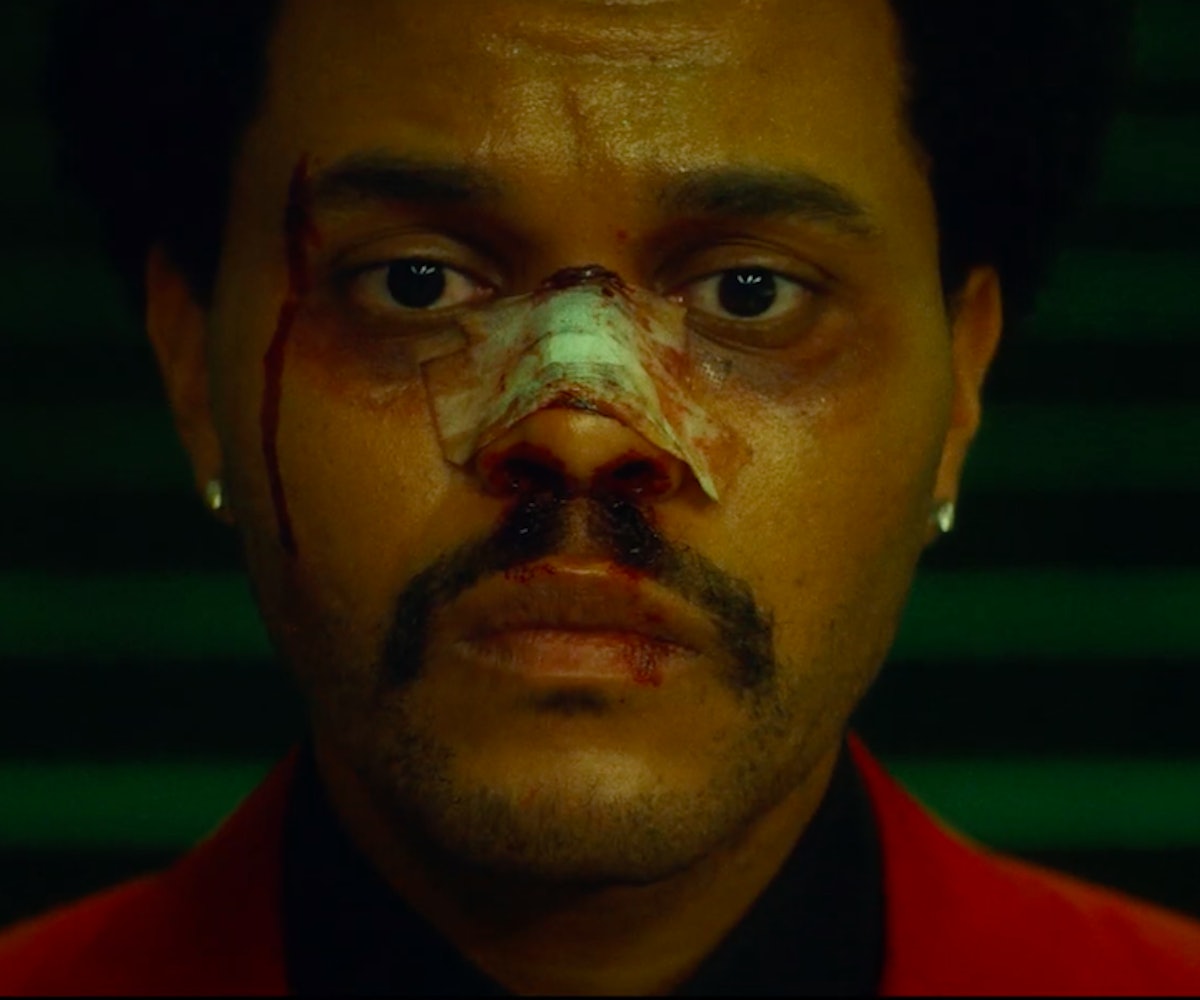 Over the last three months, The Weeknd has dropped two new music videos — one for debut single "Heartless," which found the artist drunkenly bouncing around Las Vegas before licking a toad and descending into a bad trip, and another, for followup single "Blinding Lights," where he put the pedal to the metal while recklessly speeding down the Vegas highways — this time, he was bloodied up for some unexplained reason. Judging by the Vegas setting and the fact that he's wearing the same outfit in both videos, it was clear that the two visuals were meant to be part of a larger whole, but without any background story, there was no way to tell exactly how these videos connected. So imagine my frustration when The Weeknd dropped a "short film" for After Hours (the album, not the most recent single of the same name) that left me with even more questions than answers.

In the new video, which only features faint snippets of songs in the background, The Weeknd is again sporting the same Joker-inspired red suit — but this time, we start with the singer onstage alongside Jimmy Kimmel as the popular late night host instructs his audience members to "give it up for The Weeknd, everybody!" He then walks off stage, sporting a giant smile that slowly unfurls into a worried frown as he paces out into the street and then below ground into a subway station. As in "Blinding Lights," his face is completely beat-up, with bloody cuts on the side of his eye and mouth and a piece of bandaged gauze covering his nose.

As he aimlessly wonders through the station, not much else happens until the final minute, at which point the artist is mysteriously dragged across the ground by some unseen entity, as if he has suddenly switched places with Elisabeth Moss, making him the unwitting victim in The Invisible Man. Then, just as quickly, he's standing at the back of an elevator, stoically staring as a sparring couple boards. (The woman is played by London style-superstar Zaina Miuccia!) The doors then shut...and fin.

So, long story short, no, I have absolutely no clue what it is going on.

Hopefully we'll find out more on March 20, when The Weeknd drops After Hours in full. But for now, at least we have the bops.

Watch the full short film below.