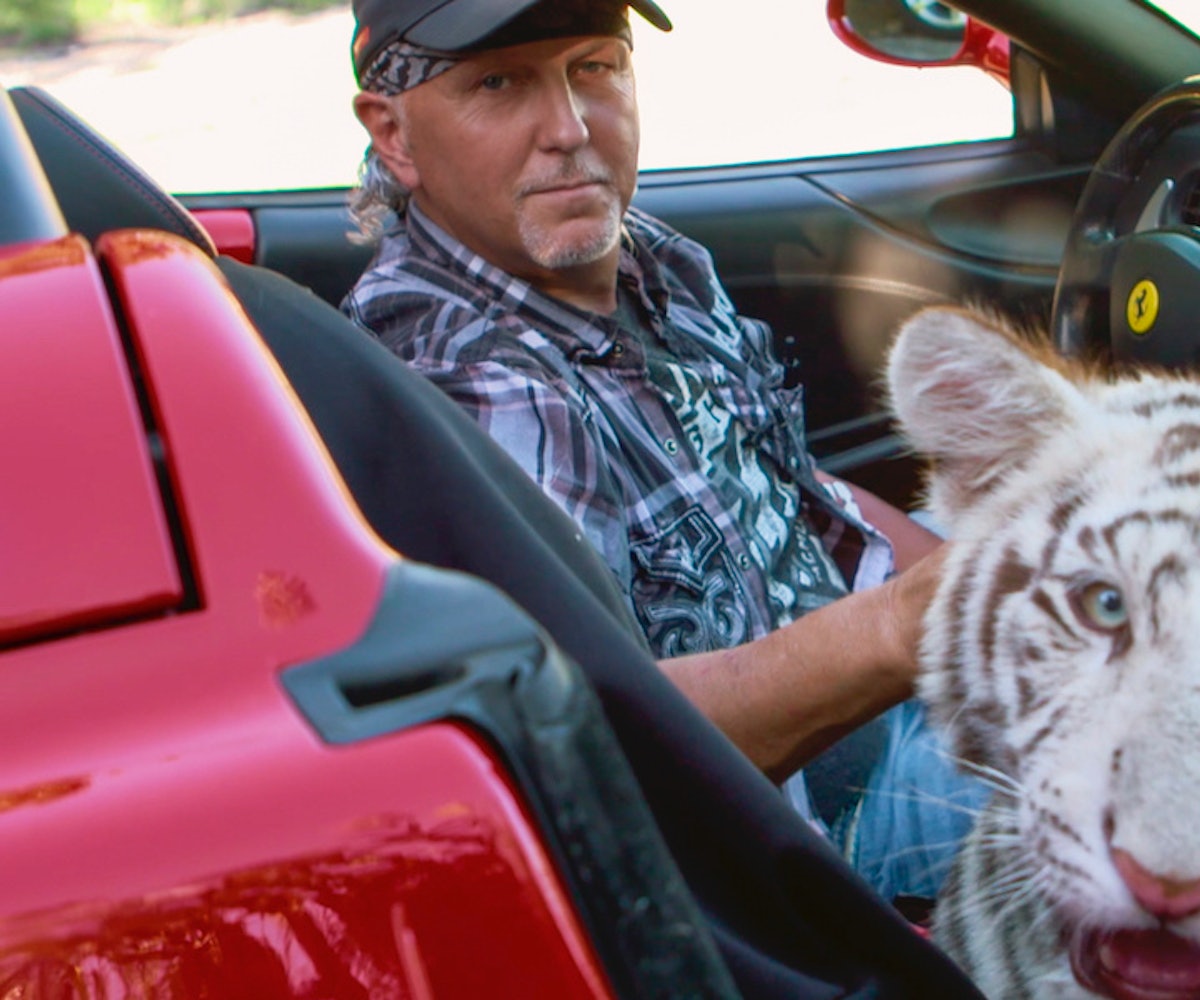 The frenzy surrounding Tiger King is going strong. Netflix confirmed that there's going to be a new after show episode dedicated to the chaotic docu-series, titled Tiger King and I. The show will be hosted by Joe McHale and will feature new interviews from John Reinke, Joshua Dial, John Finlay, Saff, Erik Cowie, Rick Kirkman, and Jeff and Lauren Lowe. According to Netflix, the Tiger King subjects will get "a chance to tell their story directly, giving us inside info, opinions, and insight" and hopefully have some new tiger-related drama to dish out to rabid viewers when it lands on April 12.

Netflix's "announcement" is in actuality a confirmation of Jeff Lowe's Cameo to Los Angeles Dodgers third baseman Justin Turner. In the video Lowe — who purchased and took control of Joe Exotic's zoo — straight up revealed that there was a new episode in the works. "Netflix is adding one more episode and it will be on next week," revealed Lowe. "We're filming here tomorrow." Can someone please explain the concept of a NDA to Lowe?

We don't know what hell will break loose on Tiger King and I, but we know for certain that Carole Baskin will not be in attendance. Baskin slammed the series as "salacious and sensational" and filled with "unsavory lies" to all the cool cats and kittens on her website. As reported by Entertainment Weekly, Baskin was not asked to join Tiger King and I, and a representative said she "would not participate if asked."