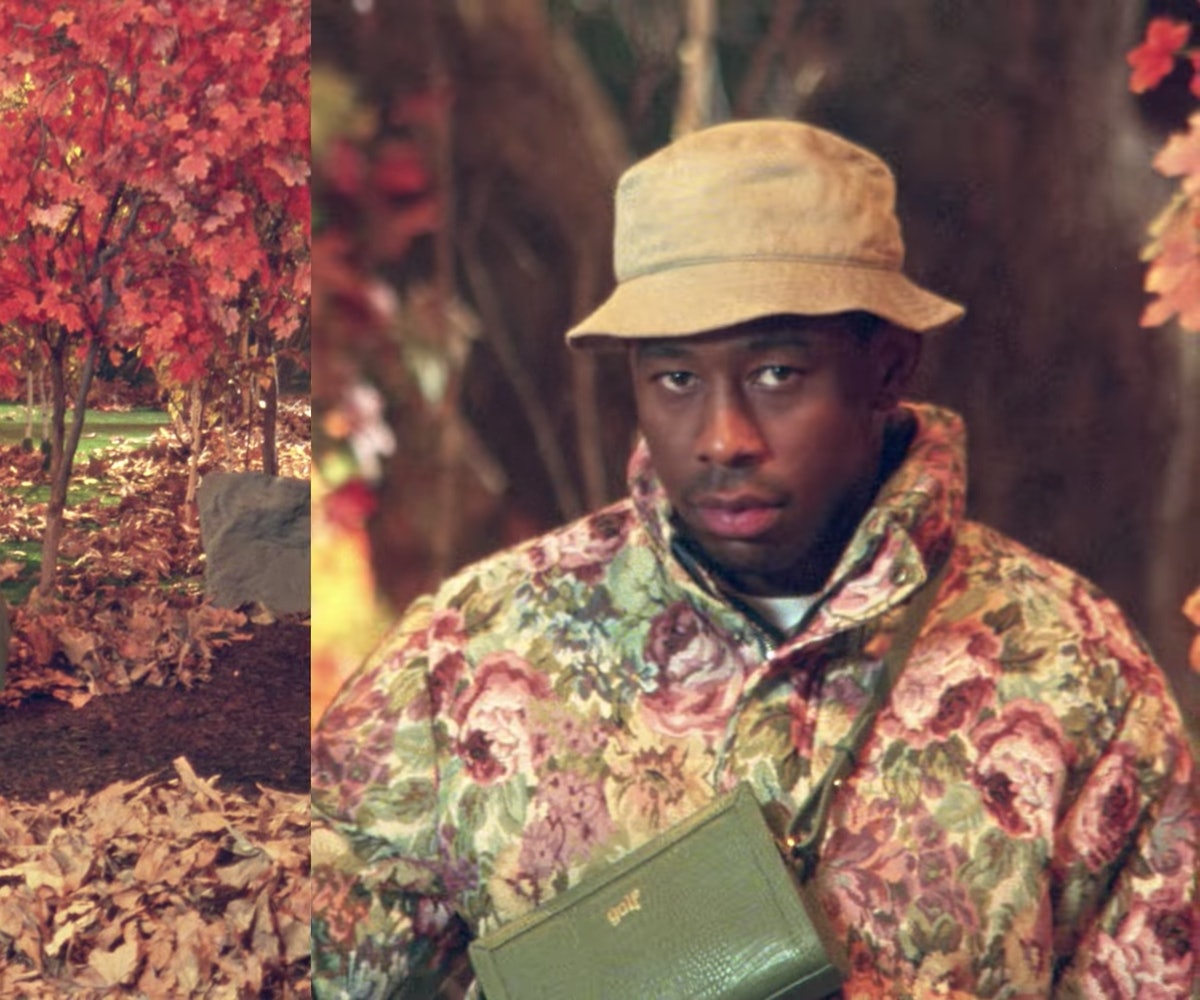 Tyler, The Creator just dropped the Autumn/Winter 2019 lookbook for his brand GOLF. The rapper-slash-designer reminded fans that he makes clothing and likes to "geek on color palettes and silhouettes" before sharing a video of his nine-minute "'fashion show' if that's what it's considered," filled with gorgeous warm-hued layers and floral patterns.

The show, filmed in Eugene, Oregon, was edited in split screen, showing models walking through the woods as leaves fell around them. Moments of comic relief were offered, with models dumping a bag of shoes (which were quickly picked up by a Tyler look-alike), and, later, by Tyler walking a baby goat on a leash as he entered the runway. Fellow rapper A$AP Rocky also made a few appearances in the show, but there's no sign of Tyler's maybe boyfriend Jaden Smith.

As nighttime rolled around, the show devolved into more of a presentation, with models laying around in the leaves, playing sports, and a fake park ranger searching the grounds, during which the models all hid in trees and shushed one another.

A few minutes after posting the video, Tyler shared with Twitter that this all came together pretty last-minute. We stan a procrastinating icon!