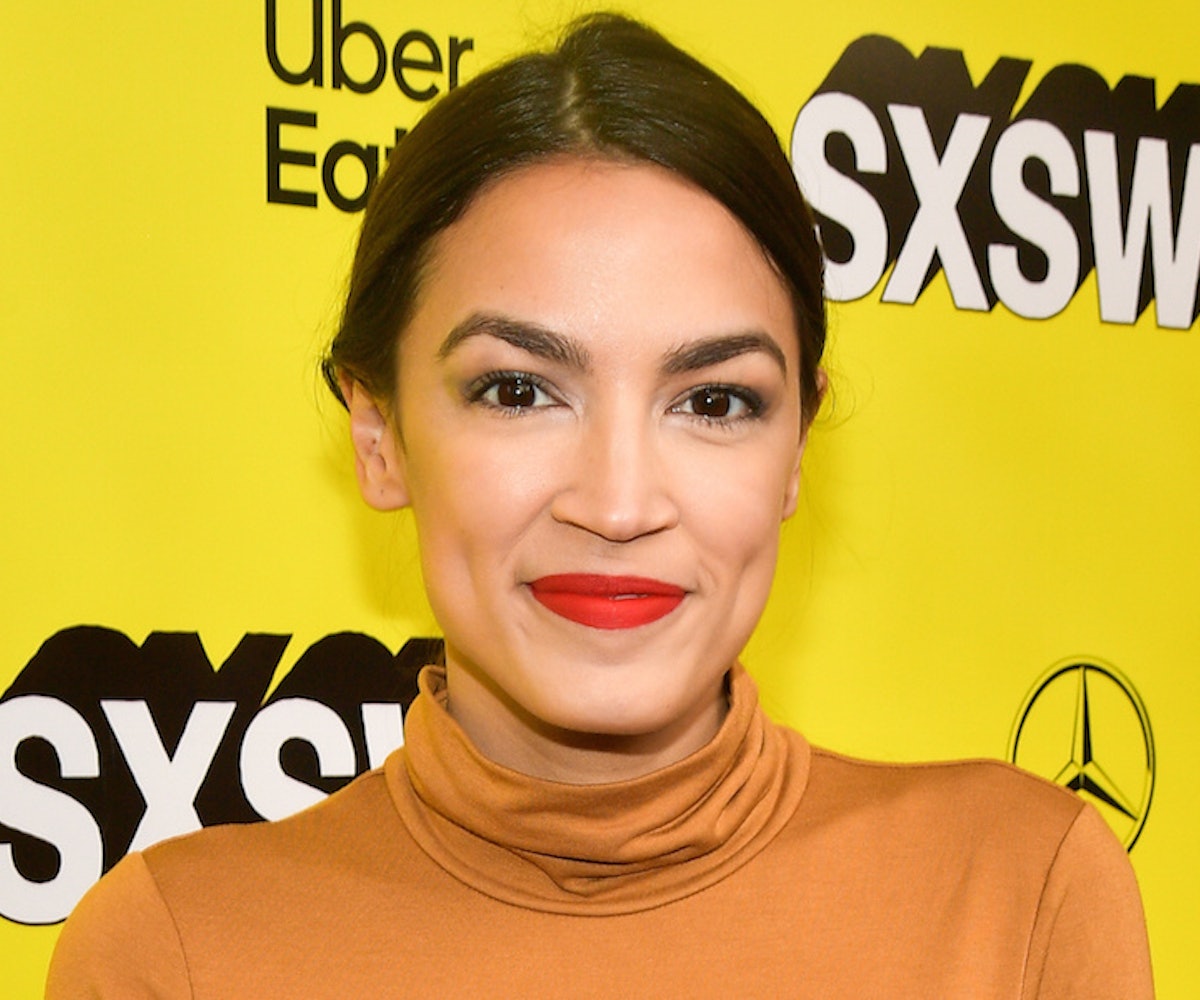 Apparently, a member of astrology Twitter (yes, it's a thing) reached out to a member of Representative Alexandria Ocasio-Cortez's team to find out her birth time (Ocasio-Cortez's birthday is October 13), because they wanted to create a birth chart for her. Naturally, because this is a weird thing to have happened in the first place, the responses took the weirdness to a whole other level.

It's not just that astrology Twitter's excitement was a bit too much to handle, it's also that a member of astrology Twitter's anti-Libra contingent went so far as to say, "I wouldn't put it past a Libra woman to say anything to not be bothered," as if Ocasio-Cortez had her rep lie about her birth sign. Okay.

The "conspiracy" thickened when another user, who refers to himself as an astrologer in his bio, warned others of "making any definitive claims," alleging that there are "rumors of politicians giving false times to throw people off their astro scent." Which, what?

As for AOC's birth chart itself, it seems to make plenty of sense with what we know about her. But then, that's confirmation bias for you.