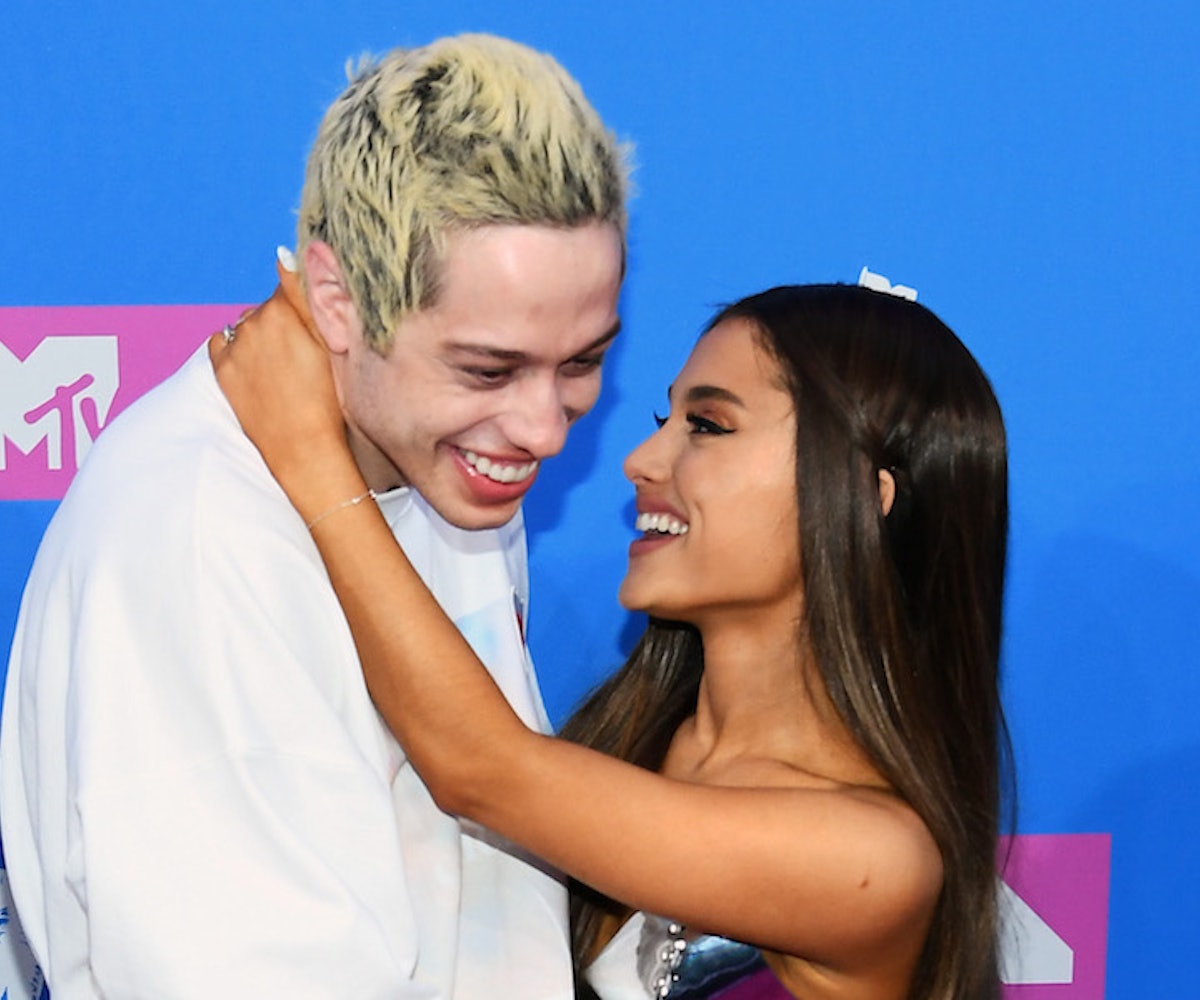 Ariana Grande has revealed that "thank u, next" was written when her relationship with Pete Davidson was rocky. As such, she had backup versions to swap in depending on the way their relationship panned out, per Complex.

Grande detailed the three versions of the song she recorded in a new interview on the Zach Sang Show. There are two total opposites, one for in case she did get married and one for if they broke up, and a version that skips the name-dropping completely, which would have opened with, "They say I'm too young, had too many boyfriends." But that doesn't exactly have the same ring to it (or appeal) as name-dropping.

"In my relationship [with Pete] at the time, things were like up and down and on and off, and so I didn't know what was going to happen and then we got back together," Grande explained in the interview. "So I had to make a different version of it, and then we broke up again, so we ended up going with that verse."

Grande also elaborated on how not everyone she called out in the track liked it, though we already knew that. Listen to the full interview with Grande below.