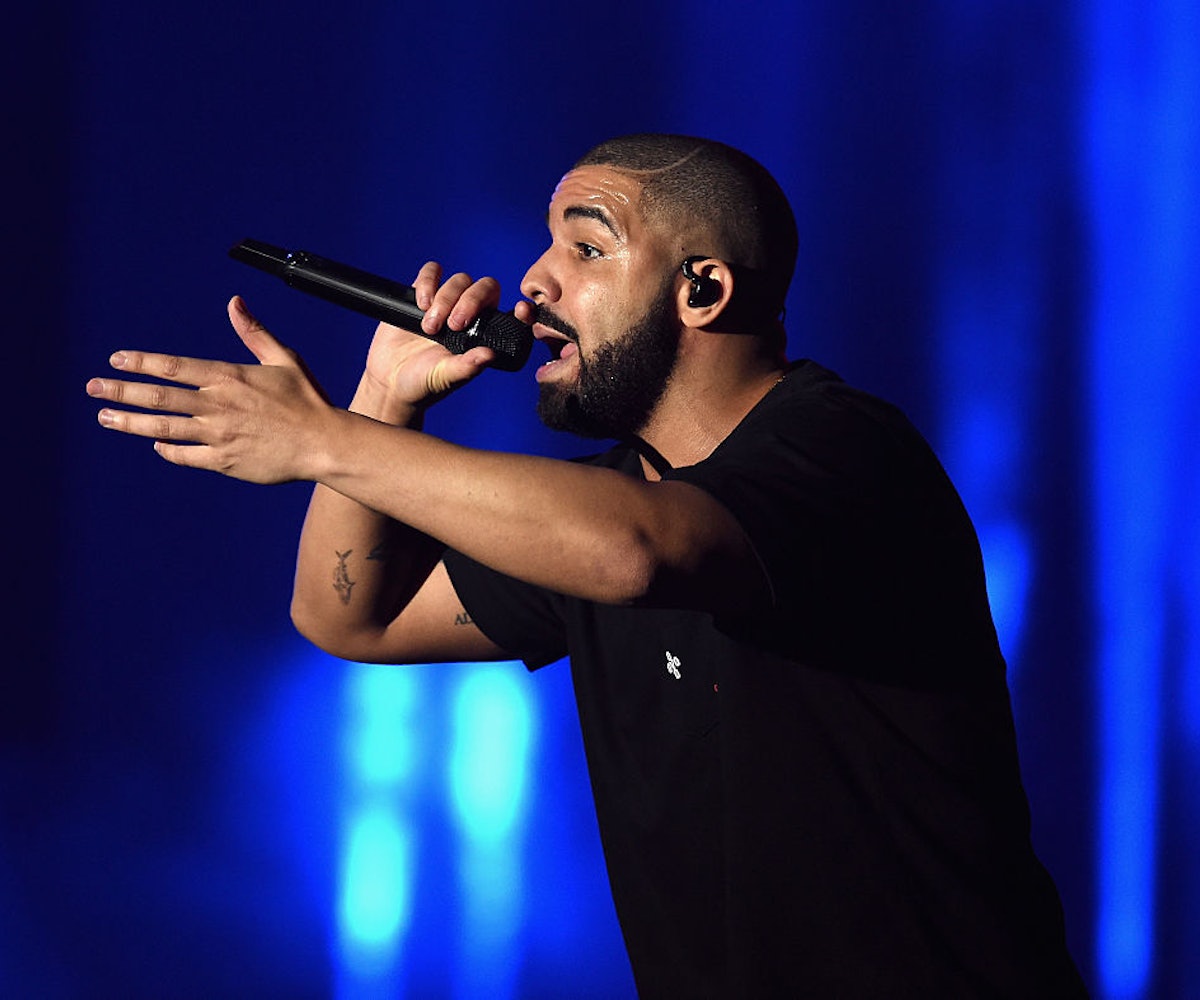 + Drake has postponed three of his Summer Sixteen tour dates to focus on recovering from an ankle injury. This injury is apparently one he sustained a while ago and has been attempting to push through, but can no longer. In his post on the October's Very Own blog, he expressed deep remorse, particularly considering that one of the shows he had to postpone was a hometown performance in Toronto. He signed off his post, however, with a promise to be back with "new music and a stronger ankle."

In slightly more positive Drake-related news, he also did a typical Drake thing and visited the Drake University campus. He even wore their university apparel on stage in Des Moines that night. Of course, he made his actual appearance on campus in the middle of the night, while all the people who made #BringDrakeToDrake a trending topic on Twitter in Iowa that night were sleeping. But if you aren't prepared for Champagne Papi to show up on your campus at any given time, well, that's on you.

+  Roughly 116,000 Polish women banded together on Monday to protest a proposed bill which would extend the ban on abortion in Poland (where it is already illegal) to include cases of rape, incest, and fetuses and mothers that will not survive the birthing process. Surprisingly, the ultra-conservative right wing of Poland's government seems to have listened. This doesn't mean the bill is dead in the water, as there have been no actions to dismiss it, but the protests have halted any forward movement on it for now.

+  Thee Oh Sees have announced a companion album to August's release, A Weird Exits, entitled An Odd Entrances. It's slated for a November 18 release date, and, along with the announcement, came the first song off of the album. Listen to "The Poem" below.

+  Kendall Jenner added her name to a long list of celebrities who have joined the #VoteYourFuture campaign. The campaign is put on by Anonymous Content, the same company behind hit television shows Mr. Robot and True Detective. Although Jenner's video for the campaign is the only one currently on the front page of their site, a quick look at their YouTube channel will show you almost every celeb you can think of (Julia Roberts, Anne Hathaway, and Zendaya, to name a few,) talking about topics that are important and personal to them.

+  Hillary Clinton answered a teen girl's question regarding body image Tuesday at a campaign event in Haverford, Pennsylvania. The 15-year-old Brennan Leach had a very specific question for Clinton: "At my school, body image is a really big issue for girls my age. I see with my own eyes the damage Donald Trump does when he talks about women and how they look. As the first female president, how would you undo some of that damage and help girls understand they are so much more than just what they look like?"

If your favorite time of the day is either 4:20 or 7:10, we have a streetwear line for you. Cannabis overlords High Times have stuck their toes past the merch line, and put out a full-on streetwear collection, which they're calling "Reefer Madness" (because what else?). The collection includes streetwear staples like dad hats, pins, and coach jackets, among other things. Even cooler is that everything appears to be unisex—go, purchase, and stay lit.

"My father taught me that the lines on your face and the the things that are wrong with you represent how much that you've lived and enjoyed life rather than what is bad about you." —Georgia May Jagger