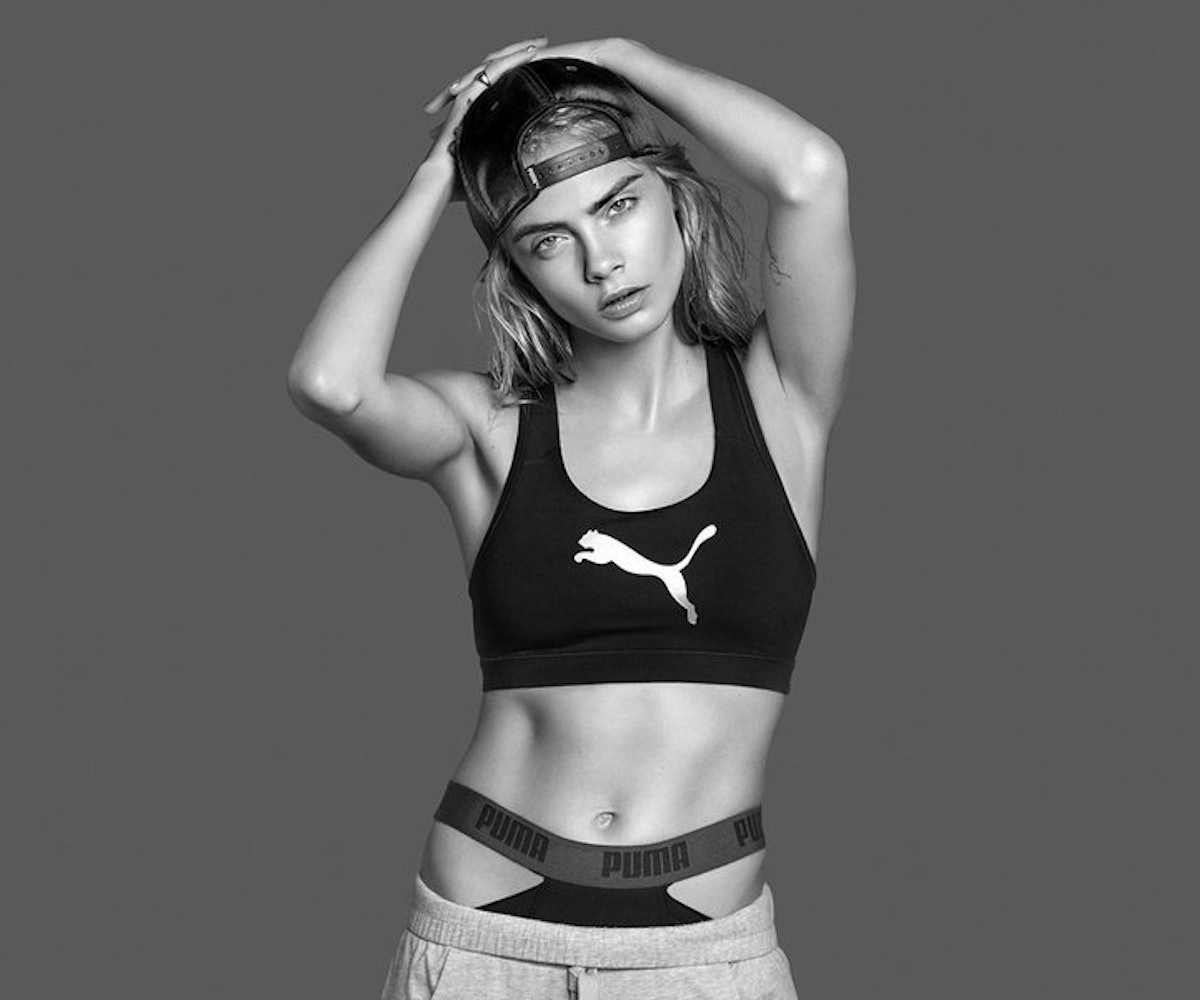 + Puma has launched their new #DoYou campaign, and in the tradition of partnering with women who just won't stop kicking ass, the brand has chosen the notoriously independent BAMF Cara Delevingne to be the face. The campaign focuses on the empowerment of women and girls—and, really, who better than the eternally empowered model?

+ Lion Babe has released a rework of Tom Jones' "She's a Lady" to be featured alongside H&M's Fall 2016 campaign. Regarding the collaboration, Jillian Hervey says, "Celebrating women is inherent to me. Their uniqueness, their grace, their resilience and their style, so I love that H&M came to us to reinvent the classic ‘She’s a Lady’ by Tom Jones into a contemporary moment and more importantly from the ladies directly."

+ Sonos opened a Sonos Listening Room yesterday inside the Brooklyn Rough Trade record store. In honor of the collab, they're giving two Airbnb customers the chance to stay overnight in the space. The room features a variety of vintage furnishings and décor, as well as a record player and speaker systems sure to please even the most particular audiophile. If you don't manage to win, don't worry—you can check it out during Rough Trade's store hours.

+ Missguided has launched their newest #BabesOfMissguided campaign with Amber Rose at the helm. About their choice in leading lady, Missguided says, "The badass b*tch encourages women everywhere to get their shit together, work hard, hustle, and be confident within their own bodies. Her bold, outspoken nature aligns with Missguided’s brand values and personality, making her the perfect fit for their latest #BabesofMissguided campaign."

+ Kim Kardashian clapped back at the Wall Street Journal for publishing an ad earlier this year for Fact Check Armenia, a group that staunchly believes that the slaughter of 1.5 million Armenians in 1915 should not be classified as a "genocide." She did this in true Kim K form—teaming up with the Armenian Educational Foundation to take out a full-page ad in the New York Times, addressing and refuting the claims of the group, making it clear that their behavior will not go unchallenged.

AlunaGeorge is teaming with IHeartComix and Soylent to live stream a performance to celebrate their new album, I Remember, and making it available all. across. the. damn. globe. So if you live in a place where you haven't been able to see them perform—or just want to watch them again—as long as you have the internet, you can. The performance starts tonight at 6pm PT/9pm ET, and you'll be able to watch it on Twitch, here.

"Heels and red lipstick will put the fear of God into people." —Dita Von Teese