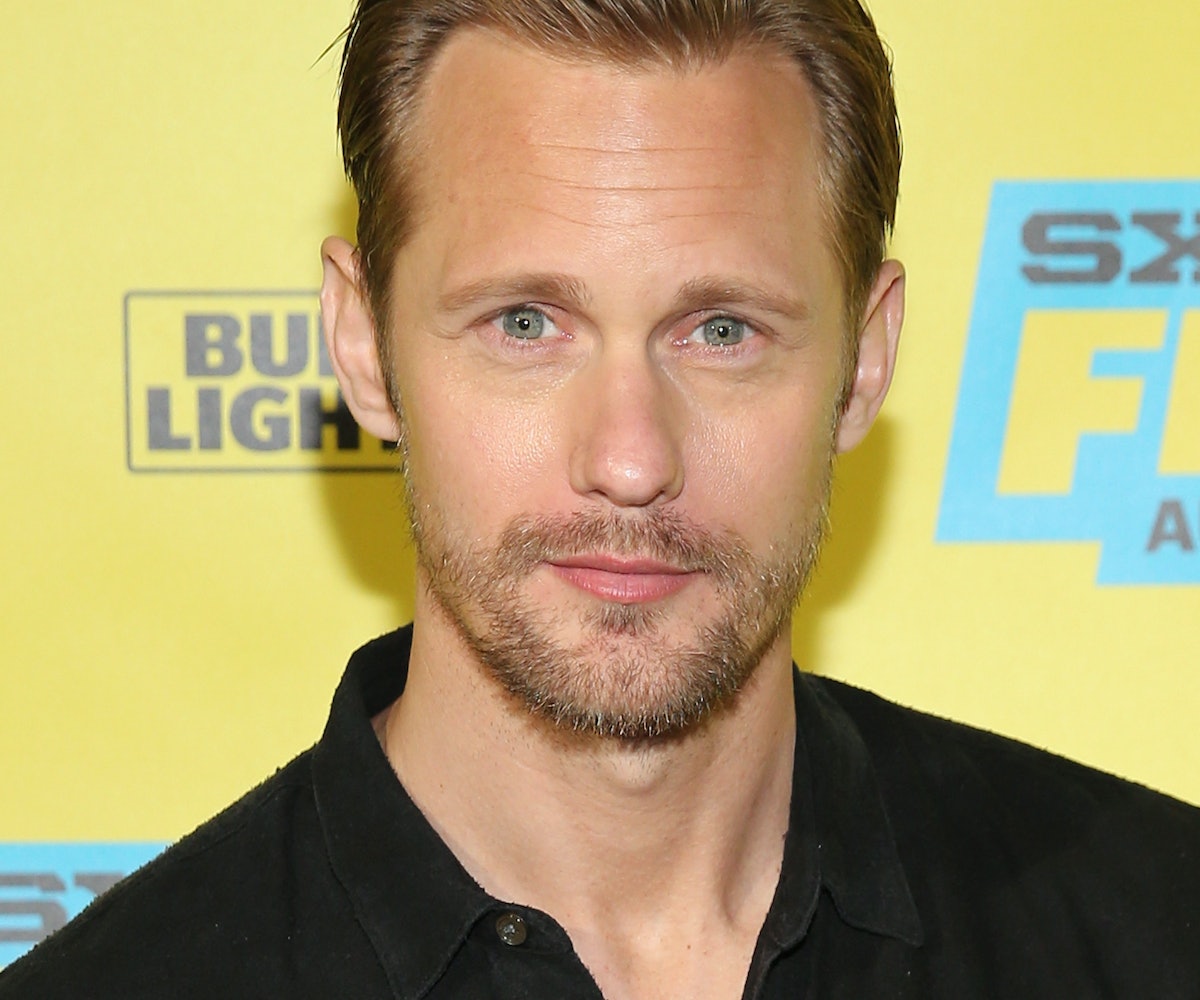 Alexander Skarsgård is a man who knows his strengths. Those include Swedish roots, heroic bone structure, swinging from vines, and rocking tighty-whities like a Calvin Klein model. He showed off the last skill at this weekend's MTV Movie Awards, when, to announce the award for Best Movie alongside his Legend of Tarzan co-star Samuel L. Jackson, Skarsgård hit the stage wearing the top half of a tuxedo and what looks like a pair of Calvins but could just as easily be Hanes.

“You’re not wearing any pants!” Jackson said, to the screams of thousands of people who were thinking the exact same thing. "Me Tarzan, you gotta give the fans a little skin,” said Skarsgård, referring to his upcoming blockbuster, which hits theaters on July 1. “I was going to go shirtless but then someone told me Zac Efron did that a few years ago,” he continued.

This isn't the first time Skarsgård showed up to a very public event in a risky outfit. Last August, he attended the premiere of his movie, The Diary of a Teenage Girl, in full drag. It was more baller than this, but not by much. Let's keep inviting Skarsgård to stuff.