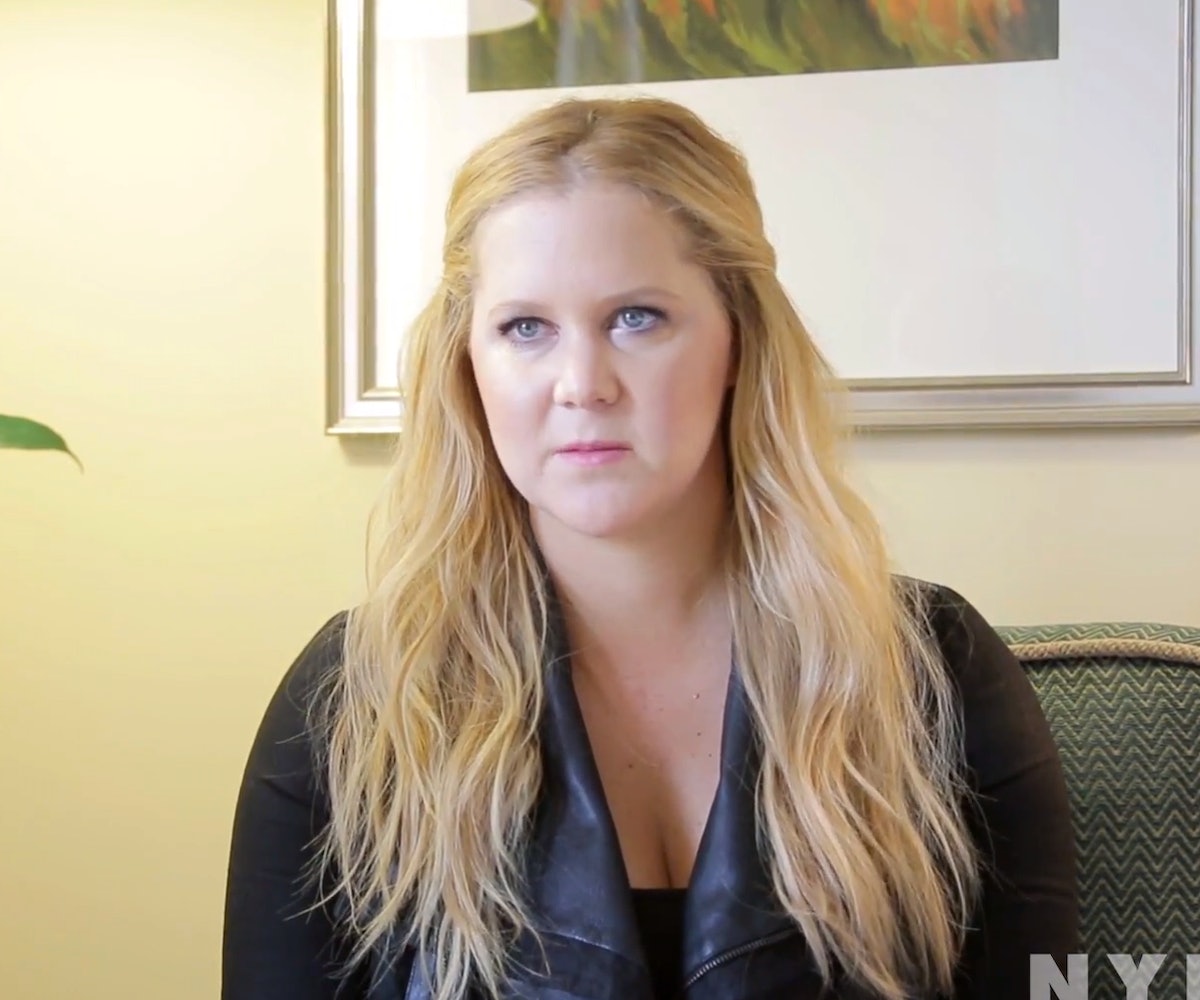 When I sat down to chat with Amy Schumer about her upcoming Judd Apatow-directed film, Trainwreck — which has been critically acclaimed as a mixture of funny and trope-rejecting — she seemed charmingly gobsmacked by the adoration and popularity she's received in 2015, starting with her viral Comedy Central show, Inside Amy Schumer. Because yes, she is hilarious — but she is also a truth-telling feminist that addresses scores of things gals have been whispering about for, like, ever. Schumer's brand of self-deprecation is practically trademarked at this point, but it also serves to remind us that her end goal is to poke fun at self-seriousness, insecurities, and (most importantly) the powers that be.

Our interview with her was so funny and on-point that we sat there afterwards, just staring at her lovingly, until she politely asked us to leave and stop smelling her hair. (Maybe that last part is true. Maybe it isn't.)

Trainwreck is out July 17.