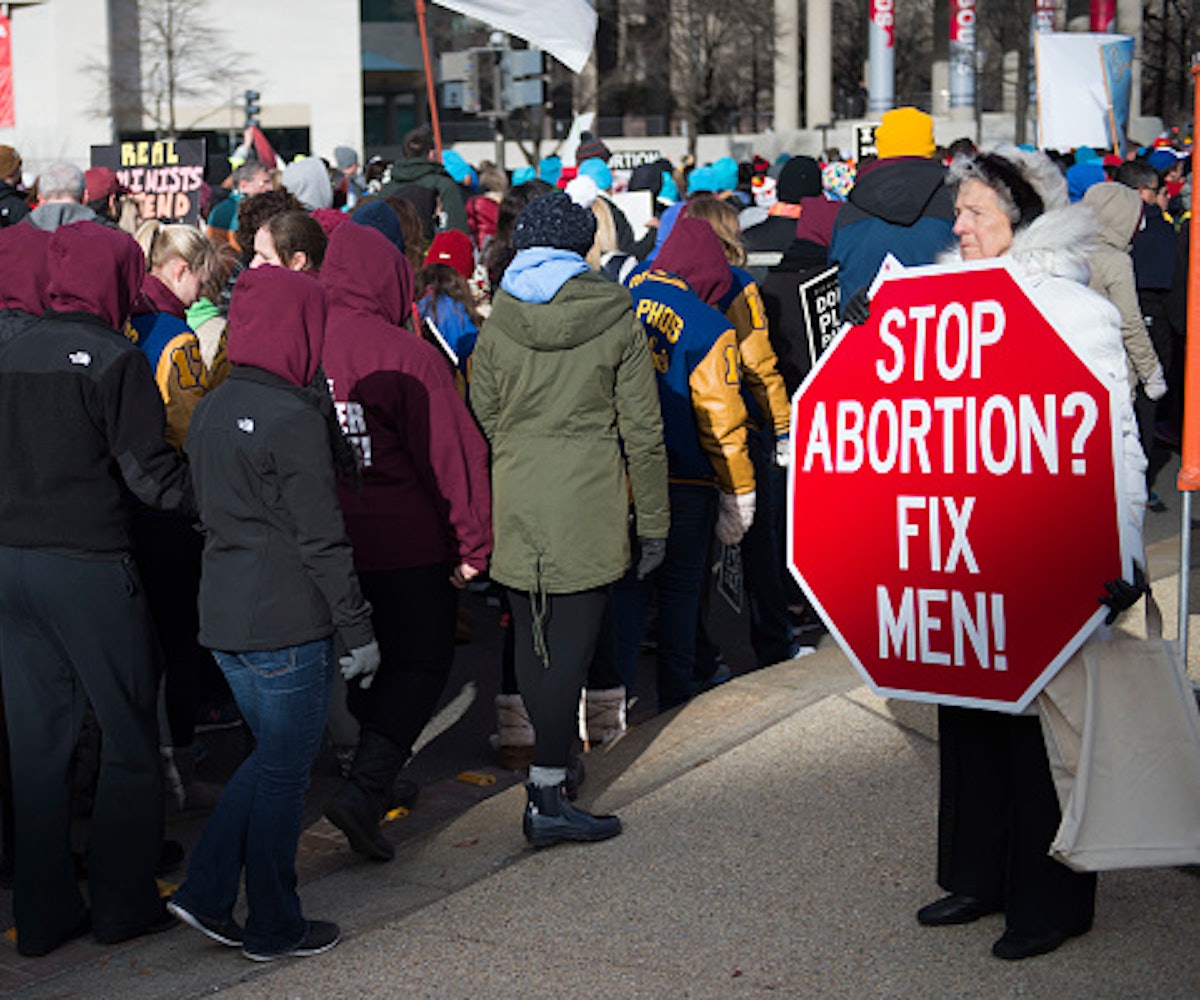 The bill, H.B. 1566, was recently passed as a provision under the Arkansas Final Disposition Rights Act of 2009, which states that when a person dies, family members have to agree on what to do with their body. This bill includes aborted fetuses, meaning both mother and father of a fetus will need to agree on what to do with the remains. So a woman's partner will have to agree to an abortion, regardless of whether or not that baby was conceived via sexual assault or by an abusive partner. For women under the age of 18, the decision about what to do with fetal remains will belong to their parents or legal guardians.

The bill is essentially a way to "make it harder" to access abortion, a NARAL Pro-Choice representative told HuffPost. “While proponents of this plan claim it’s about embryonic-tissue requirements, the plain intention and unavoidable outcome of this scheme is to make it harder for a woman to access basic health care by placing more barriers between a woman and her doctor,” he said.

Personhood laws like this are a sly way for legislators to push an anti-abortion rights agenda and gain control over women's bodies and lives. “Some politicians have begun trying to make abortion functionally unavailable through insidious restrictions like this one,” NARAL's rep said. “Their intention is, of course, to make abortion unavailable by any means necessary.”

Needless to say, such strict abortion laws have proven to put women's lives at risk. Currently, the United States maternal mortality rate is the highest in the developed world.

After recently passing in Arkansas’ 2017 legislative session, this law will go into effect at the end of the month. However, the American Civil Liberties Union is putting up a fight. The organization has partnered with the Center for Reproductive Rights to file a lawsuit against H.B. 1566. The first hearing for the lawsuit is July 13. It hopes to halt the legislation until a final decision has been made.

“Every day, women in Arkansas and across the United States struggle to get the care they need as lawmakers impose new ways to shut down clinics and make abortion unavailable,” members of the ACLU said in a statement. “We will fight politicians who not only seek to shame, punish, or burden women for making these decisions, but also try to push care out of reach.”