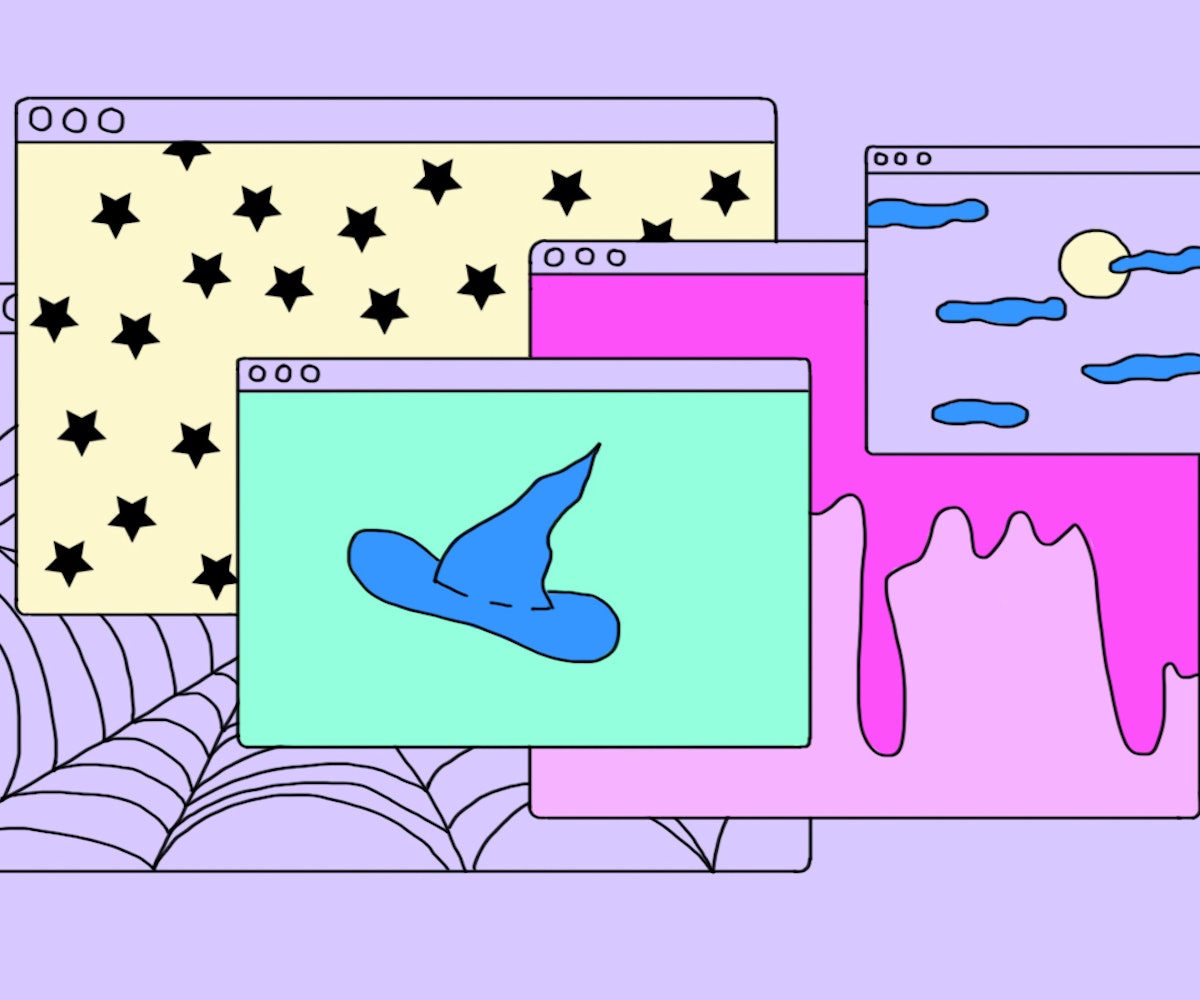 Corinne Dodenhoff and Haleigh Schiafo are the sort of friends you want for yourself. Both women are so powerful that when their forces collide, it’s truly awe-inspiring. The two are the founders of Babe Coven, an IRL and online space for women and femmes who are looking to reclaim magick through self-love and witchcraft. It is a space for the radical thinkers who aim to disrupt patriarchal expectations through things like body positivity, creativity, and self-empowerment.

The New Jersey-based BFFs met while working at Gyspy Warrior, the online retailer known for its goth goods and mystic outerwear. Dodenhoff, the lead graphic and product designer, invited Schiafo, the brand's head buyer, to collaborate on Curvy Warrior, a body-positive blog that showed how to style pieces for different body types; this collaboration was the beginning of a beautiful professional and personal relationship.

Babe Coven was born from this spark, truly igniting after the duo went to Northampton, Massachusetts, in October of 2015. They drove out to see a recording of one of their favorite podcasts, Lore. One of the stories told that night was about Mary Webster, a woman accused of witchcraft and sentenced to death in the 1600s, who somehow survived after being left hanging overnight. Webster is thought to be an ancestor of Margaret Atwood and, reportedly, inspired her poem "Half-Hanged Mary," which contains the line, "Before I was not a witch, but now I am one.” This became the motto for Babe Coven.

Though they both now spearhead Babe Coven, the duo also has other creative projects. Dodenhoff runs Wild Heart, an online destination for pins, patches, and merch for witchy feminists; Schiafo is the editor-in-chief of Dear Darkling, Dirge Magazine’s fashion magazine, the go-to source of inspiration for every woman’s dark side. Babe Coven, however, has a special place in both women’s hearts.

As a witch who has always had a solitary practice, I was amazed at the empowerment I saw in how both of these women worked together; their mission with Babe Coven has resonated with me on a personal level. I was a witch before it was cool, and for a long time, it was super-alienating, so it feels incredible now to be part of a collective movement. Babe Coven is a safe haven for women like me, who have never quite fit in. Both founders are chubby, body-positive, and sex-positive activists, who have created a place of worship available to anyone who has a body. Babe Coven is my favorite kind of magick; it's real magick, in all of its intuitive manifested glory.

“Witchcraft holds a long history of persecution, as a way to punish people, especially women, for being different. In the 1600s, perhaps [a witch was someone who] never married, didn't go to church enough, was too outspoken, or simply preferred to live alone with her cats and garden," explains Schiafo, adding:

Today, perhaps she is too feminist, too queer, too brown, too sexual, or simply prefers to live alone with her cats and garden. Modern women are turning to witchcraft as a means to find empowerment in a world that seeks to keep them down. We wanted to create a space for people, especially women, to come together, whether physically or digitally, and find empowerment, find a safe space, find fellow witches, and find their magick.

By providing babes with tools and classes on everything from dance as witchcraft to makeup as ritual, Babe Coven is fueling the arsenal of women’s souls to light their world afire. And with upcoming articles centered around things like how witchcraft fits into activism, the duo is making politics spiritual and, in the process, embodying what magick is all about: leaving the world a better place for the next batch of incarnates.

And by allowing for self-definition when it comes to what a witch's practice looks like, Babe Coven is not only a safe space but an invitation to honor your own self as much as the natural world around you.

“It's a redefinition of the word 'witch' to include all genders, races, practices, and levels of experience," Dodenhoff says:

There's an idea with the word 'witch' that still exists that dictates that only women—and, frankly, often in the media, it's white women—who are Wiccan and wear patchouli can be witches. And that's just not true. Like, yes, some of us still wear patchouli, but we really wanted this coven to be a celebration of self. That's the most important part to me as someone who grew up fat and awkward and genuinely hated themselves and engaged in too many self-harming behaviors; this is really a practice of worshipping yourself and the natural world around you.

The platform is looking to make magick accessible and encourages self-love as the most potent of its forms. Last fall, the coven hosted their first Witches’ Night Out, a macabre and mystical market for the magically inclined. The roster included 25 artists like Catxbone, jewelry by Nyxtruna, and botanical-inspired décor and cards by Leila + Olive. But not to fret if you didn’t make it out. The event was so successful that a second annual Witches’ Night Out is already in the works. Besides this and plenty of fresh new merch, the coven is also working on a Babe Coven Burlesque Show.

Of course, it makes sense that the group is putting on a showcase of femmes of all genders, sizes, and abilities. One of the platform's biggest strengths is their sex-positivity and celebration of self-love. With founders like feisty, ginger Dodenhoff and macabre maven Schiafo, it’s no surprise that the coven is growing so fast. If the wheels keep turning the way they have been for Babe Coven, there’s nothing that can stop them. Women run the world, and the ones who do are usually witches.