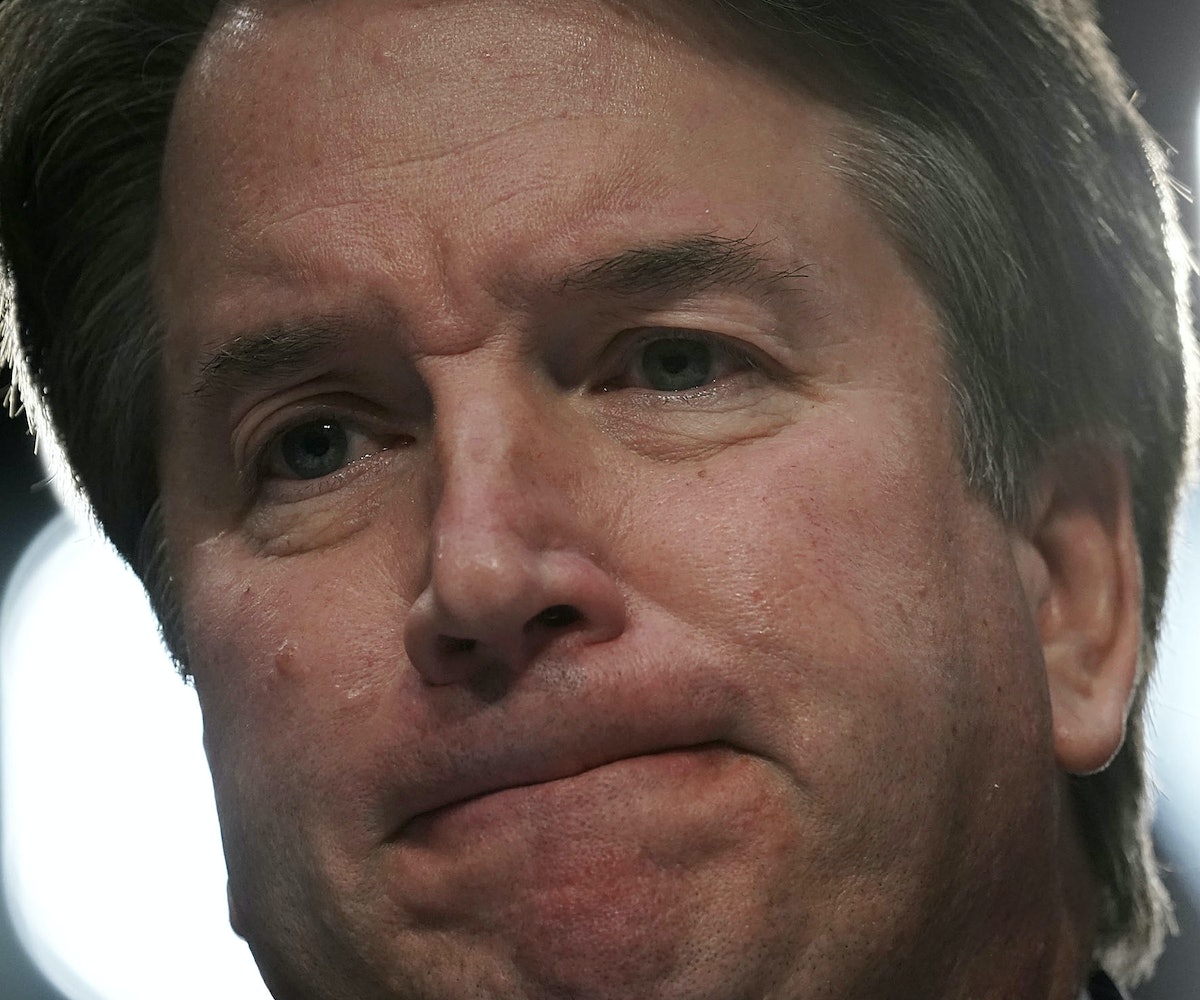 "What about the deeper, moral, cultural, like, the ethical question here? Let's say he did this exactly as she said," Weiss questioned, "Should the fact that a 17-year-old, presumably very drunk kid, did this, should this be disqualifying? That's the question at the end of the day, isn't it?" Well, Bari Weiss, yes. MSNBC host Stephanie Ruhle responded, understandably, "Wait, hold on. We're not talking about should he be disqualified to be a dog catcher. We're talking about to be a Supreme Court justice." Weiss didn't seem to think the distinction mattered, but it definitely does.

The Supreme Court has power over legal rulings related to all aspects of American life, including legal matters surrounding women's rights and authority over their own bodies. Even the slightest suggestion that Kavanaugh has disregarded the law (and basic human decency) when it comes to consent, at any age, should disqualify him from Supreme Court justice. If he could not respect another human's life in this way, what guarantees he will do the same for the citizens of the United States as a whole?

Weiss, when discussing the woman who alleges Kavanaugh attempted to rape her 36 years ago, referred to memory as "capricious," which is telling of where the editor's opinions lie on how assault allegations should be handled. She also further discredited the victim by referring to Kavanaugh as a "prince of a man," other than this one event, so please let's find someone who has respect towards the topic to further discuss this.

NEXT UP
Life
NYLON Daily Newsletter: December 6, 2022
Entertainment
The 20 Best K-Pop Releases Of 2022
Getting Ready With
Kim Petras Gets Ready for the British Fashion Awards
Life
Inside NYLON House At Miami Art Week