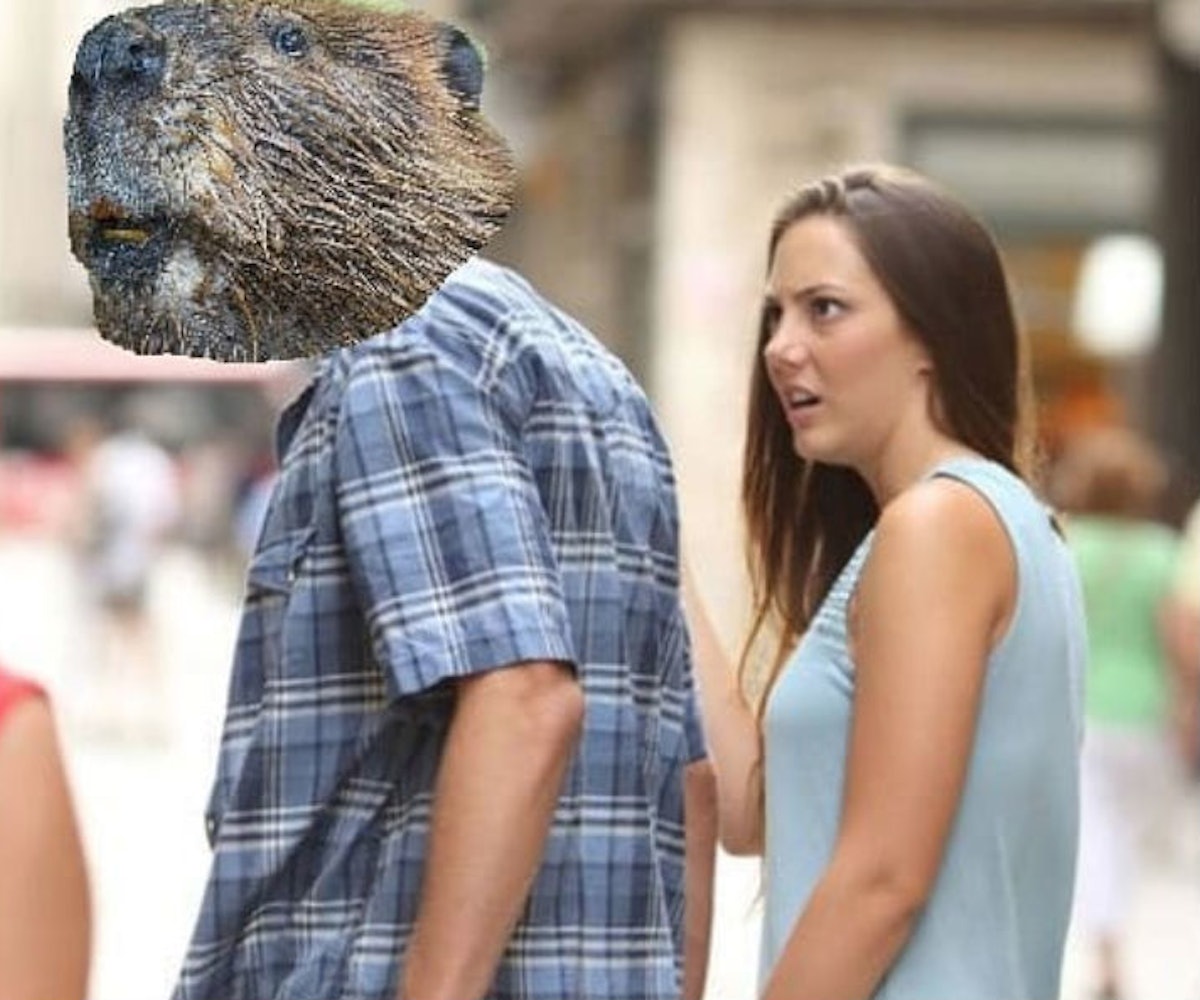 Photo via @mememeh18 on Instagram
by Allison Stubblebine
Oct. 3, 2018

Another day, another meme. By now, we've realized just how much moths love lamps by the way the internet has obsessively joked about it. But, it's 2018, and the life cycle of a meme is becoming shorter and shorter. We've moved on. It's all about beavers now.

According to KnowYourMeme, it wasn't long after the popularity of moths grew in the meme-ing community that it turned its attention to beavers. The "semiaquatic rodent's passionate desire for tree logs" began making the Reddit and Instagram rounds, dimming the glow of the lamp-moth excitement. Apparently, there were a few darker memes about bats' love of eating moths circulating Imgur, but, as a Professional Internet Lurker, I've concluded that they're nowhere near as prevalent (or as funny) as their log-loving counterparts.

Lucky for you, the beaver memes are just taking off, which means there's plenty of time to create (and enjoy) them before the internet moves to the next thing. Peep some of our faves, below.