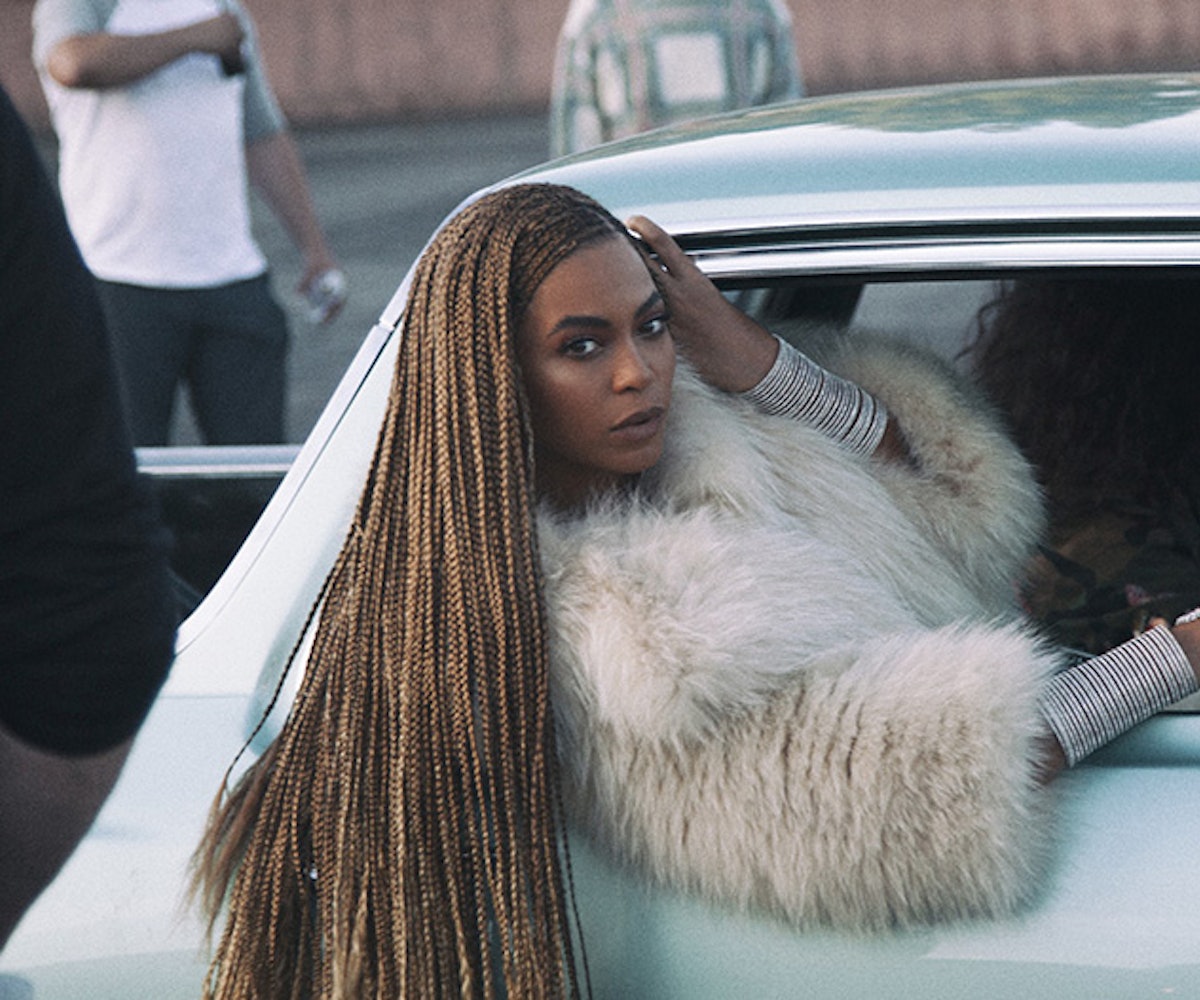 If ever you've wondered what music Beyoncé listens to (and let’s be real, who hasn’t?), here’s a little preview. Straight from King Bey herself comes the “Hot Sauce” playlist, a 13-song deep mix that goes hard in the paint.

Beyoncé mixes together 2 Chainz and Future with artists-to-know Kelela and Tory Lanez. The name of her mix is lifted from her tour de force of a song “Formation,” where she sings about having “hot sauce in [her] bag” as a way of illustrating another lyric from the song: “Earned all this money, but they never take the country off me.” Consider this the musical version of hot sauce, expertly made by Beyoncé Knowles-Carter, herself.

The full tracklist is below. Only Beyoncé could kick a playlist off with Beyoncé. Meanwhile, listen to it over at Tidal. (You got that free trial, right? After ANTI’s release and “Formation,” everyone should have it…)