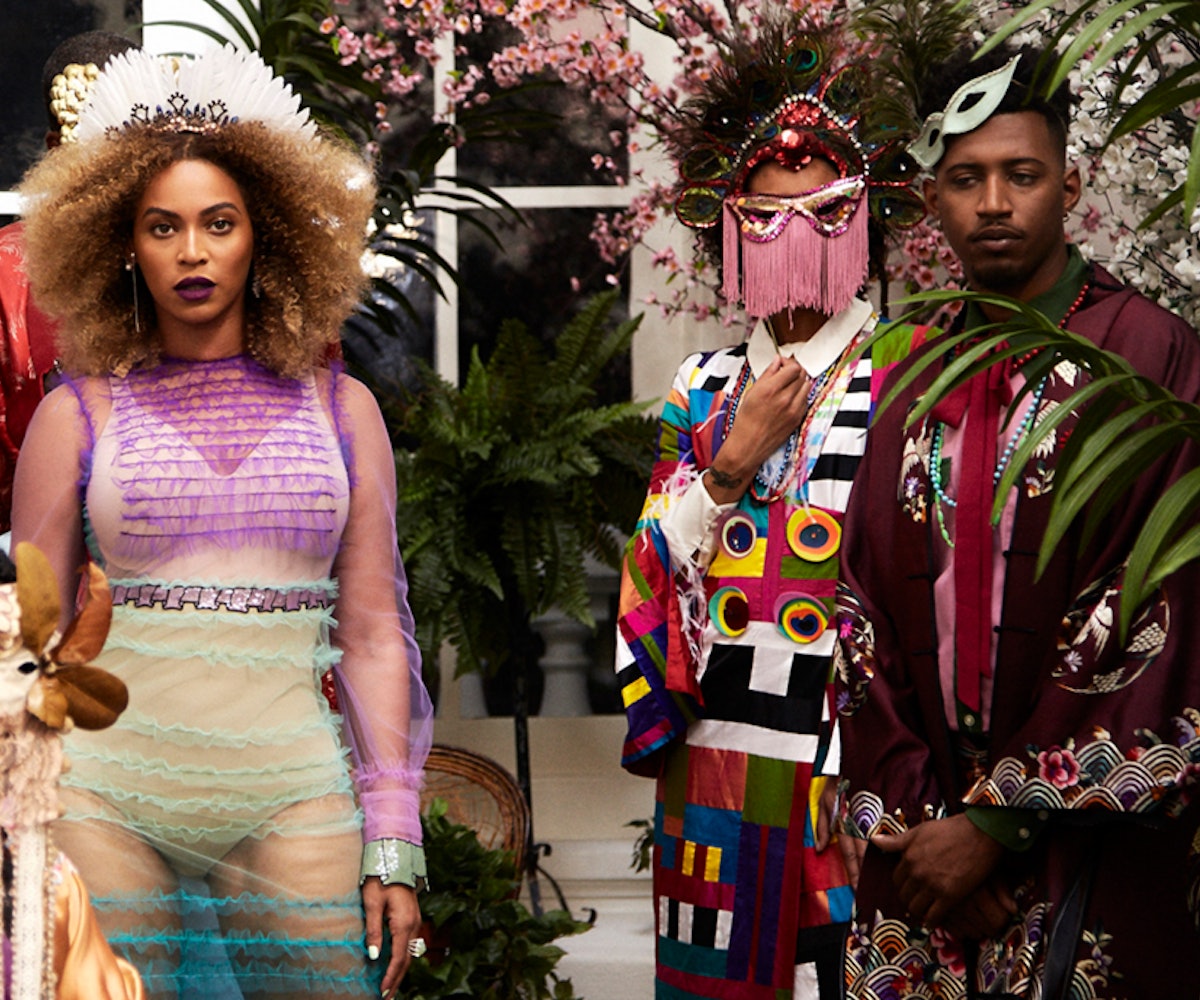 Photo by Robin Harper, via beyonce.com.

When Beyoncé's "Formation" video dropped via an unlisted YouTube link on Saturday, millions of viewers rushed to their computers and smartphones and watched in awe as Beyoncé spoke to the state of black female America. In the hours after, and days since, the song has fostered an incredible sense of empowerment and community. Soon after the video went live, though, filmmakers Chris Black and Abtee Bagheri tweeted that the music video used footage from the documentary they respectively produced and directed, That B.E.A.T.

The problem didn't seem to be with the simple fact that Beyoncé used clips from their short documentary, but that it was used without their knowledge and didn't credit them in any way. If you watch the documentary, which offers an amazing look into the evolution of the New Orleans bounce movement, it's clear that the "Formation" video would be vastly different without them.

Sure, the director, Melina Matsouaks, most likely had the budget to film original scenes of the city's bounce culture, as Black notes, but the vibe of the video would still have been greatly influenced by the documentary. Surely, though, there were other ways for Beyoncé and her team to evoke the same power and impact that the current video does.

When multiple publications, like FADER and The New York Times, reached out to Beyoncé's camp for comment, representative Yvette Noel-Schure gave the following statement: "The documentary footage was used with permission and licensed from the owner of the footage. They were given proper compensation. The footage was provided to us by the filmmaker's production company. The filmmaker is listed in the credits for additional photography direction. We are thankful that they granted us permission."

Matsouaks also tweeted, "Must give much love to the beautiful NOLA footage shot and directed by @abteen and @lkeber to make #FORMATION whole."

While Bagheri quickly thanked Matsouaks and Beyoncé for crediting That B.E.A.T.'s filmmakers, the issue didn't end there—nor should it.

As Black told FADER, both him and Bagheri were approached via email for their permission to use footage. The request, though, didn't come from Matsouaks, but rather another director, Lily Keber, whose footage was used to make That B.E.A.T. According to Black, they never gave a definitive answer because they don't technically own the footage, as the film was commissioned by Nikon and Sundance. "All we want is respect and credit," Black told FADER. "They don't know what we sacrificed to make [the film]. They just came along and took it without crediting us... I love Beyoncé. I still think she's dope and I have no ill will or feelings towards her or anybody but at the end of the day we have to respect other filmmakers who are working just as hard... Why use the footage from the doc we did? She has a larger budget than we did and they gave no credit to the filmmakers. If I hadn't said anything about this would you have known where it came from?"

"Anyone who works in the industry knows that putting out a work is a miracle," Bagheri told The Washington Post. "There needs to be a unity amongst directors. We need to preserve the sanctity of the craft and champion individual voices. Our work isn’t just b-roll for someone else. It just shouldn’t be considered, whether or not it’s legal. It’s a bad precedent to set."

While having your work appear in a Beyoncé video is an accomplishment, the fact that they were not appropriately credited, or, as it appears, compensated for their work (as Washington Post notes, it seems that Microsoft, who currently owns the footage, was paid for its use), serves as a massive dark cloud. It's not a concrete Beyoncé co-sign. Rather, it seems like an attempt to plagiarize the work of smaller artists, which unfortunately isn't a rare occurrence. It's time for bigger forces to give proper acknowledgement and thanks to those who have inspired their work in some way, shape, or form.