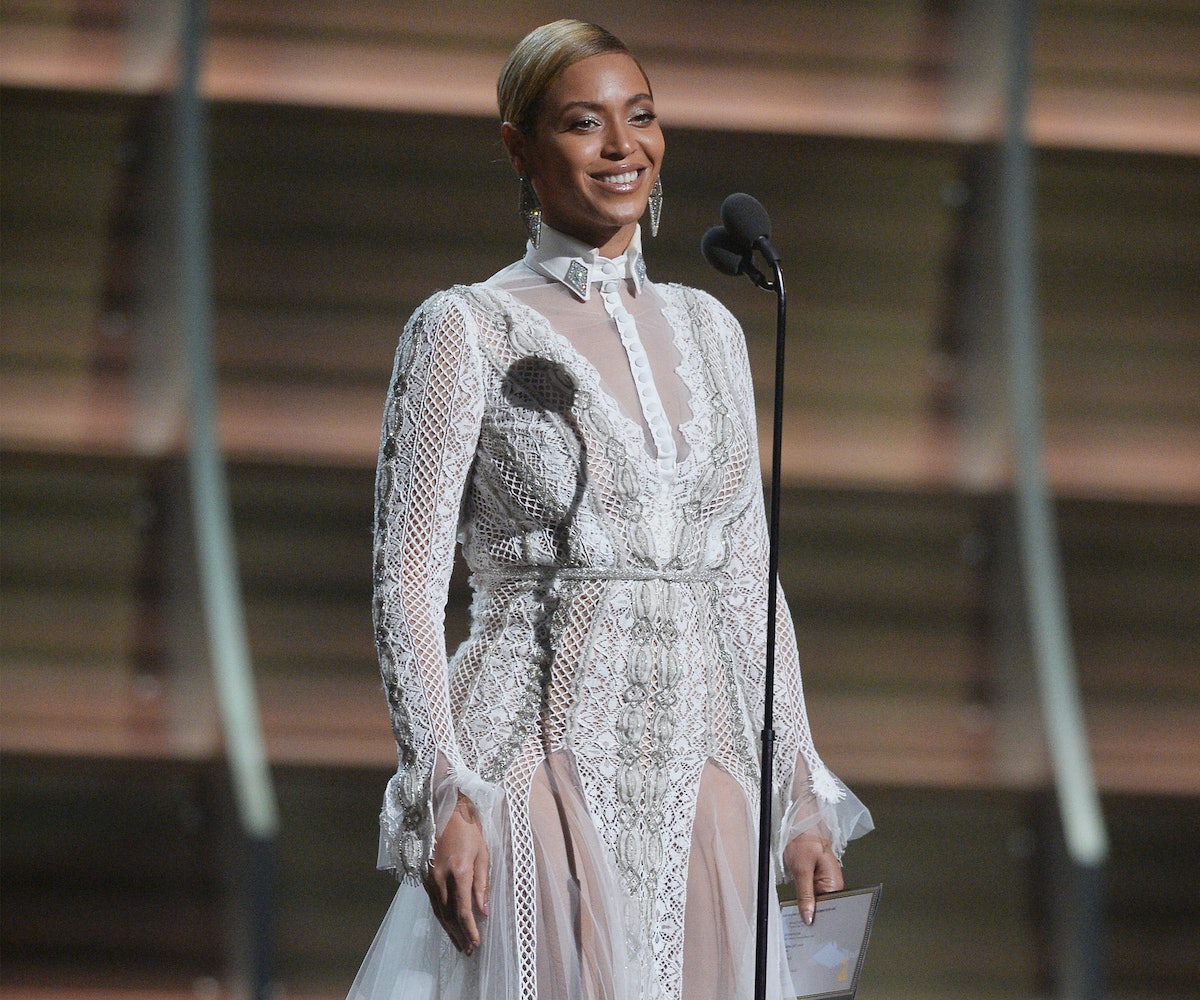 It's been too long since Beyoncé graced the cover of a magazine—as a general rule we'd like to see her on newsstands once a month—but hey, she's been kinda busy. Now, in the wake of rumors that Bey might be releasing two albums this year, Garage magazine scored a major coup by landing the Queen on the cover of their latest issue.

A kaleidoscope of colors frames her naturally glowing face, with Bey rocking a clean and fresh look that consists of fierce brows and cornrows, topped off with a bold smolder and delicate jewelry. The Urs Fischer shot cover is the epitome of a less-is-more ethos that is common in many of Beyoncé's magazine features.

And because Beyoncé is notorious for appearing on magazine covers without giving exclusive interviews—a tactic that only she can pull off—Garage is promising that they've also managed to get Beyoncé to "speak." About what? We can't wait to find out.