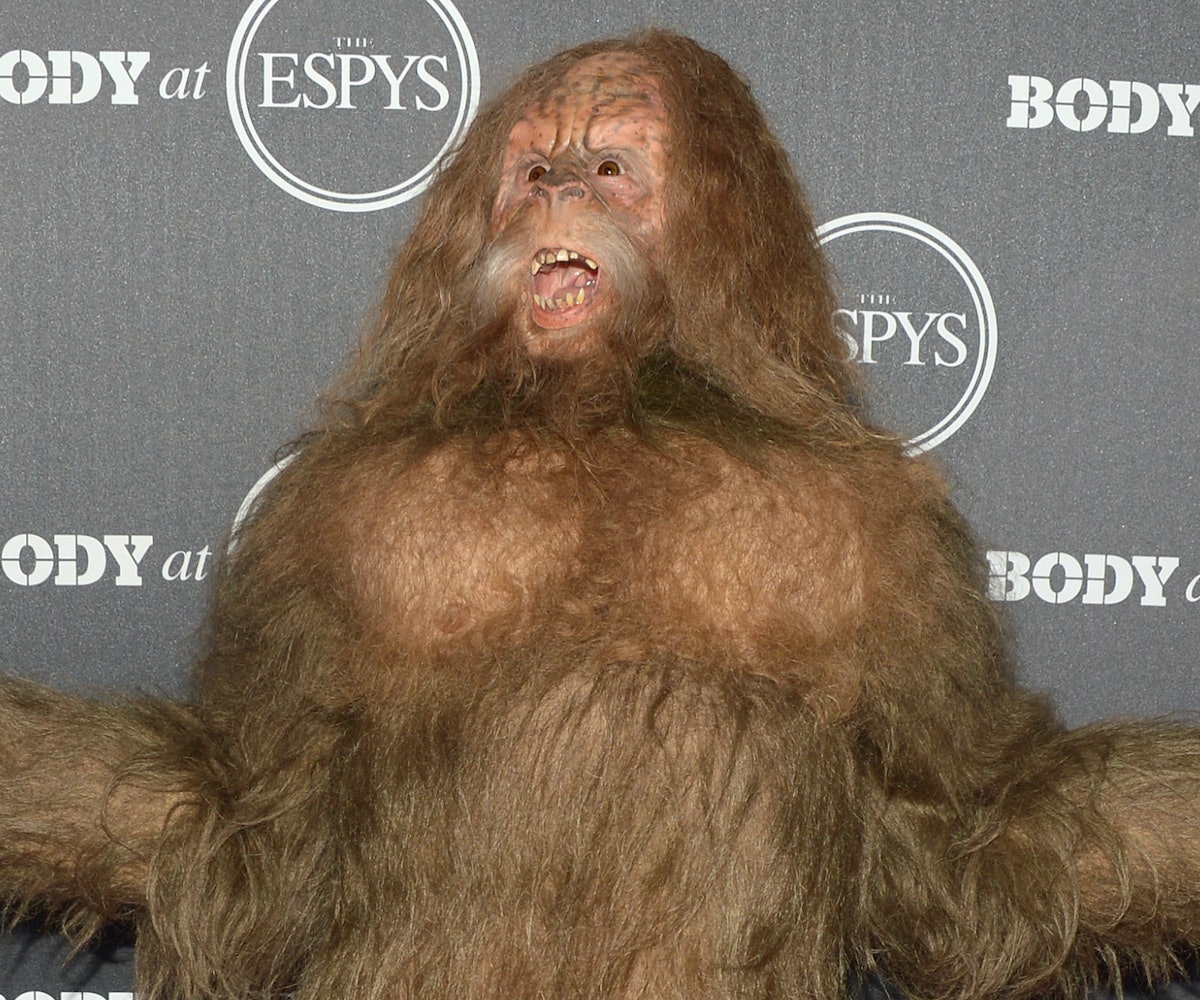 In one of the most confusing midterm elections, a writer of Bigfoot erotica was voted into Congress in Virginia's Fifth Congressional District. Republican Denver Riggleman—and an expert on Bigfoot sensuality—won over Democrat Leslie Cockburn by approximately 20,000 votes, according to The New York Times.

There's a lot to unpack here.

On the political side of things, voters knew for quite some time that Riggleman had a thing for Bigfoot. Back in June, Cockburn (also the mother of Olivia Wilde) tweeted a screenshot of Riggleman's Instagram, displaying an alarming drawing of Bigfoot, referring to him as a "devotee of Bigfoot erotica" and calling him out for campaigning with a white supremacist.

According to The Cut, Riggleman was campaigning alongside Isaac Smith, co-founder of white nationalist group Unity and Security for America, and was caught on tape doing so. The Cut and other sources link out to a Blue Virginia post regarding the footage, but since yesterday evening the page has been removed.

Of course, long before detailed illustrations of Bigfoot ever wound up amongst the campaign imagery floating around on the internet, news of Riggleman's association with white supremacists should have raised enough red flags to inspire a "Democratic wave election," as Riggleman's predecessor Republican Tom Garrett had feared, per Vox. But, no. Riggleman kept campaigning, and now represents Virginia in Congress.

At face value, when primary elections were held, I'd love to know what was on the mind of those who checked the box for a dude named Denver Riggleman. How can you look at a name like that and not be suspicious? Denver Riggleman would be my guess for the pen name of an author of Bigfoot erotica even if I didn't know it were actually the case. Which, according to Vox's deep-dive into Riggleman's relationship with the mythical beast, he did, in fact, self-publish a book titled Bigfoot Exterminators, Inc.: The Partially Cautionary, Mostly True Tale of Monster Hunt 2006, which featured no erotic content, but an author page exists on Facebook for Riggleman-penned title Mating Habits of Bigfoot and Why Women Want Him. Maybe that's the sequel, but his campaigning made him take a hiatus from writing?

In case you were wondering, Bigfoot erotica is definitely a very real genre (thanks, BuzzFeed), and there's even some for sale on Amazon that's specifically anti-Riggleman. What a world!