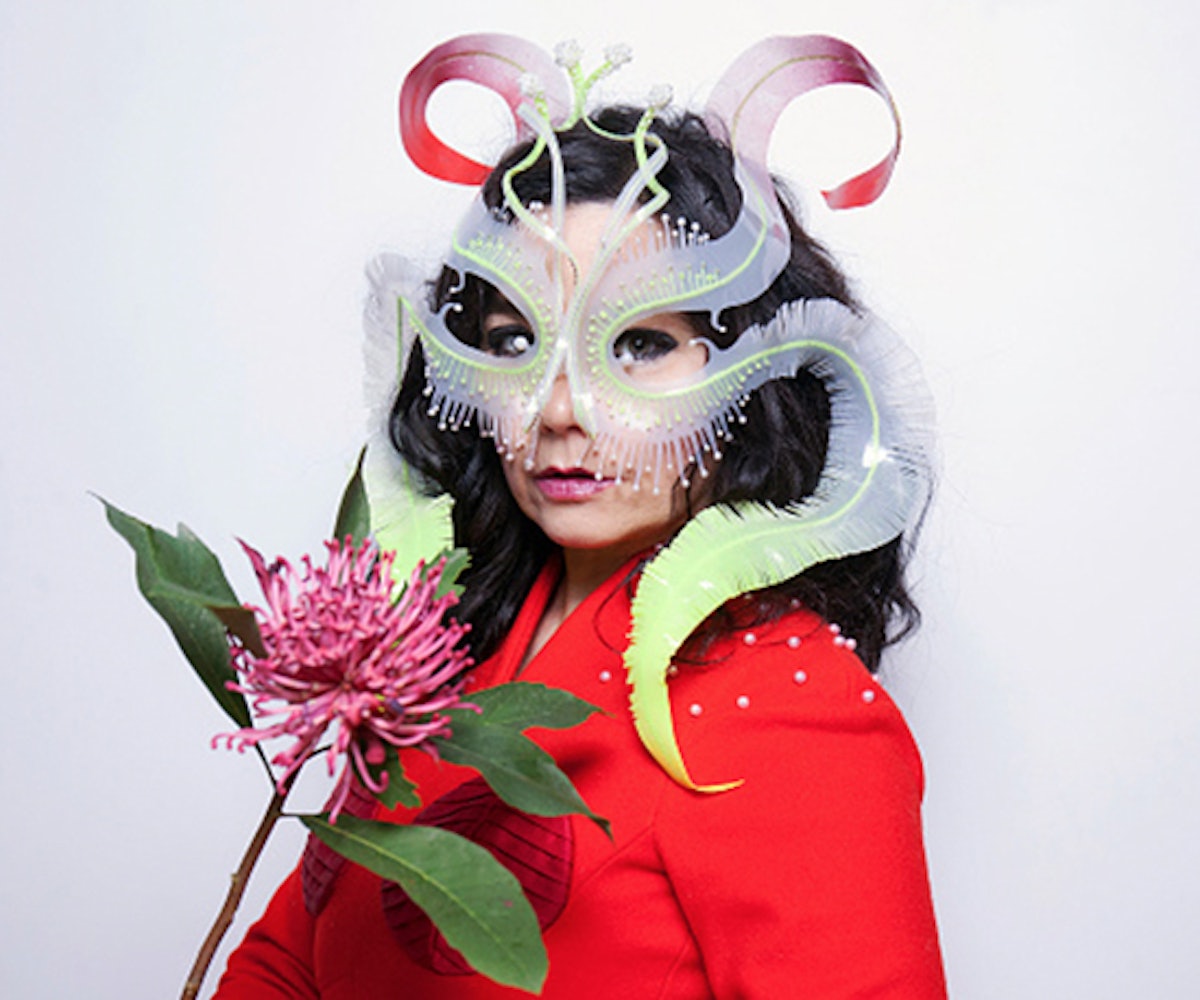 When Björk isn't busy filming music videos inside her mouth or tearing down the patriarchy, she's just like the rest of us: home on the couch swiping through Tinder. Only she's probably dressed like some kind of glittery sea creature while we are in pajamas. In her new Dazed cover story, Björk shared some details about her upcoming album. Unlike her last album, it won't focus on heartbreak, but on something much sadder: internet dating.

"This is like my Tinder album," Björk said. “I set myself up with the last album being a heartbreak album, so everyone’s gonna be like, ‘Are you married?’ with this one. But … it’s too fragile still. I think, if I could, I’d just say this is my dating album. Let’s just leave it there.” It's incredible to think a superhuman like Björk looks to mundane things like Tinder that are meant for us lesser mortals.

"It's about that search [for utopia] — and about being in love,” she told the magazine. “Spending time with a person you enjoy on every level is obviously utopia, you know? I mean, it’s real. It’s when the dream becomes real.”

Leave it to Björk to make Tinder sound like some kind of magical utopia. Maybe she's confusing her apps. Either way, if you see Björk on Tinder, please make all of our dreams come true and swipe right.