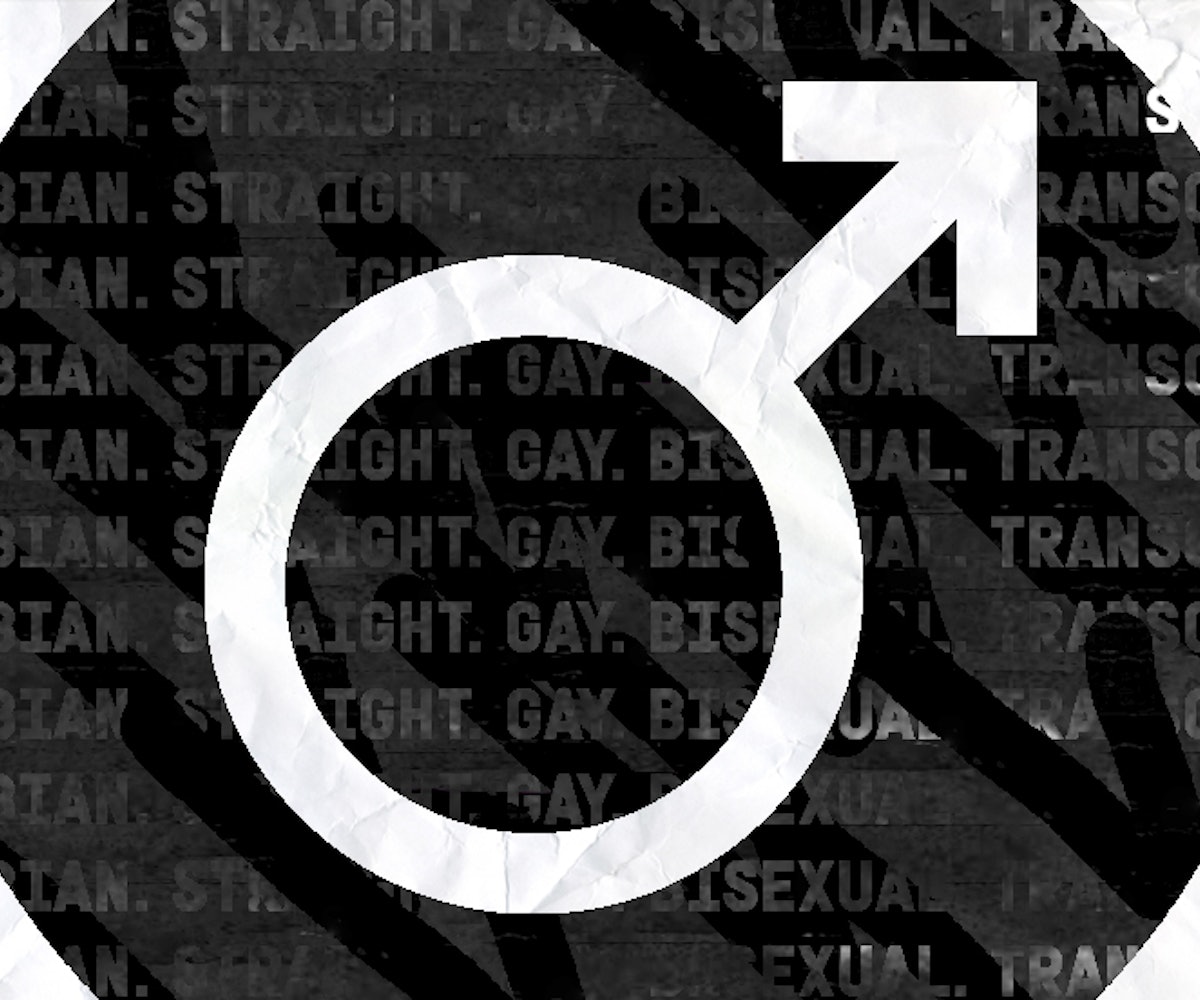 “She asked if you were gay.”

I stopped twisting my finger in my curly bleached blonde fro and looked up from my phone. I was in the same hotel room as my dad, my two siblings, and my two cousins, and had just gotten back from seeing a family friend who we hadn’t seen in years.

“Maybe it was the hair or the clothes," someone else retorted.

The conversation surrounding my sexuality (or suggested sexuality) continued, and my mind drifted off onto what exactly I had been wearing over the course of the two days that I had seen said family friend. On the first day, I wore a colorful short-sleeved button-down (that I really could have tucked in), a vest, and rolled up jeans with high-top black Vans. The second day, I wore black leggings, a black-and-white beanie, a simple yellow shirt with a maroon hoodie over it, and then a denim jacket. I thought about the selfie calendar that I had gifted—I wasn’t wearing a shirt that screamed “I'M GAY” in any of the pictures.

I was confused and started to wonder if I had possibly outed myself after drinking maybe one too many glasses of champagne during Christmas dinner. And then it hit me like a brick—since I didn’t subscribe to the traditional idea of black masculinity, something had to be “wrong” with me. The quickest and easiest thing for my family to pinpoint it on was my sexuality.

Making accusations about my sexuality or trying to confine me into a specific box was not something I was new to or perturbed by—I always wore what I wanted to, no matter what anyone said, because it was all about comfort for me. It didn’t matter if I was wearing jorts to prom or wearing my pink short shorts—I just wanted to be comfortable. Hell, if I found that wearing a skirt or dress was comfortable I would go that route. I guess over time, my comfort began to cause some people discomfort though. There comes a point in time when the stares at the grocery stores, and the pointing and whispering, and all the inquiries become too draining for the average black man trying to exist safely in his own world. If we’re lucky enough as young black men to make it through our adolescence, it’s a blessing so maybe all this other stuff thrown at us for simply expressing ourselves isn’t worth it.

I made a mental note that night to postpone my nose piercing appointment for a few months—I either had to be in a more secure place within myself, or I would have to relocate to a different environment where people wouldn’t make a fuss about a black guy wearing leggings with bleached blonde hair, and a hoop or stud in his nose. Before that mental note could even begin to set in stone, I was bestowed with simple words: Jaden Smith for Louis Vuitton womenswear.

A week after my interaction in that hotel room, 17-year-old Smith was announced as the new face of Louis Vuitton’s Spring/Summer 2016 womenswear campaign. The imagery for the campaign wasn't shocking, but the wording and what it means is the “shocking” and “radical part”: a teenage boy is wearing women's clothes in a womenswear campaign. Back in the day, our parents had Prince and Dennis Rodman, and now we kind of have Young Thug, but we never had a bridge between the two. Smith is the bridge between those two, if not the leader of the new frontier. The son of mega superstars, Will Smith and Jada Pinkett Smith, has rocked women's clothing before—and there has always been a little chatter—but the stage to change and be inclusionary in women's fashion, as well as men's fashion, has never been this big or important until now.

Smith’s Louis Vuitton campaign is a step in the right direction of including young black men in the idea that one can be gender nonconforming. Young black men are left out of the chant for one to be truly free in their own self-expression. We are forgotten and our voices are silenced due to the social implications and pressures that lead to us being hypermasculinized. If you don’t abide by that idea of hypermasculinity, you are either labeled “gay” or accused of being “white” by your peers, parents, and society at large. The fear of that backlash and ridicule is what has stopped or thwarted many of us young black men from fully experimenting in self-expression the same way that our white cohorts do.

And yeah, I got my nose pierced, my hair is still blonde, my shorts are still short, my tights are still tight, and I really wish someone would try me.