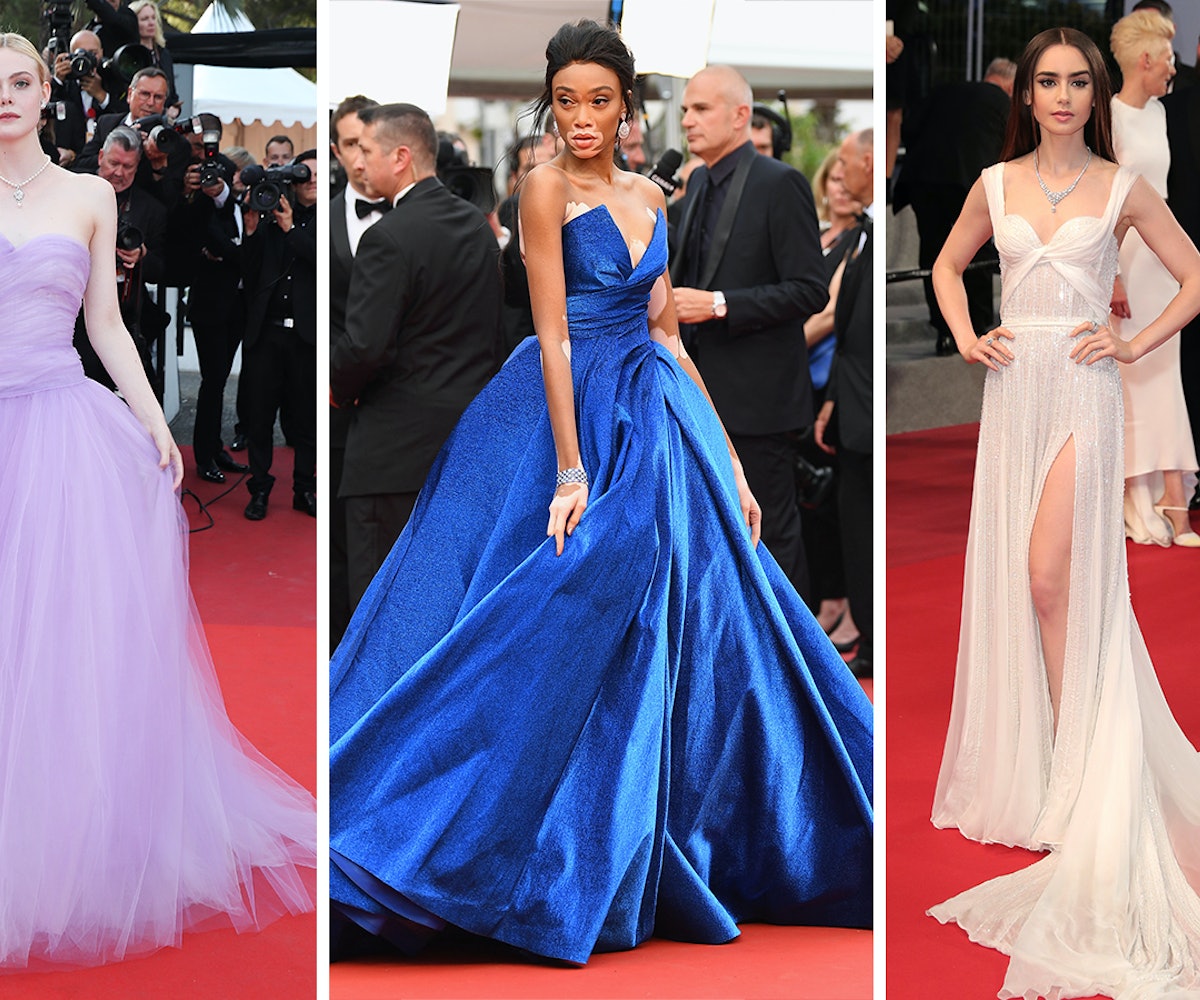 There are only a few red carpet events each year that actually get us excited: The Met Gala, The Oscars, and, of course, the Cannes Film Festival. When it comes to Cannes, it’s pretty much the Paris Fashion Week of the red carpet.

Sure, it may be a film festival, but undeniably some of the most beautiful looks waltz down the (many) carpets of the 11-day French fest—and this year did not disappoint. We have to give the attendees some props; it’s a lot to get all dolled up every day, sometimes even multiple times a day, for a week and a half straight.

What did we see this time around? Well, gigantic princess gowns are on the rise (always), with enormous skirts fit for a Disney princess and lots and lots tulle spotted everywhere. Despite the rumored strict dress codes, we also saw a couple rule breakers, from K. Stew’s bandeau (pictured below) to some jorts action from Kendall Jenner. Are officials finally letting up? We still have a couple of days left, so we’ll be watching for more.

Click through the gallery below to check out our favorites from Cannes so far.

Elle Fanning pretty much won Cannes red carpet before it even started when she wore this hand-painted Vivienne Westwood ballgown to the opening gala.

Winnie Harlow is literally Cinderella in Zuhair Murad at the Loveless premiere.

Here's Rihanna wearing something only Rihanna could get away with, all-white Dior and Andy Wolf sunnies, at the premiere of Okja.

Lily Collins was a Ralph & Russo goddess at the Okja premiere.

We saw some of the best looks of the festival at the 120 Battements par Minute premiere. Here's proof with Kendall Jenner in Giambattista Valli.

This might win the award for best jumpsuit ever. Sara Sampaio rocked structured Armani Prive at the 120 Battements par Minute premiere.

Leave it to Kristen Stewart to wear a Chanel bandeau on the red carpet at the 120 Battements par Minute premiere.

Elizabeth Olsen was as radiant as ever in sparkling pink Miu Miu at the premiere of The Square.

Nicole Kidman was stunning in this sparkling Rodarte dress at the premiere of How to Talk to Girls at Parties.

Jourdan Dunn was an ethereal garden fairy at The Killing of a Sacred Deer in Elie Saab.

Mischa Barton is back, you guys, and she looks better than ever in a plunging black high-low dress.

Liu Wen is giving us some serious pantsuit envy in Jean Paul Gaultier at the Cannes 70th anniversary party.

Rodarte has turned Elle Fanning into a literal princess at The Beguiled premiere.