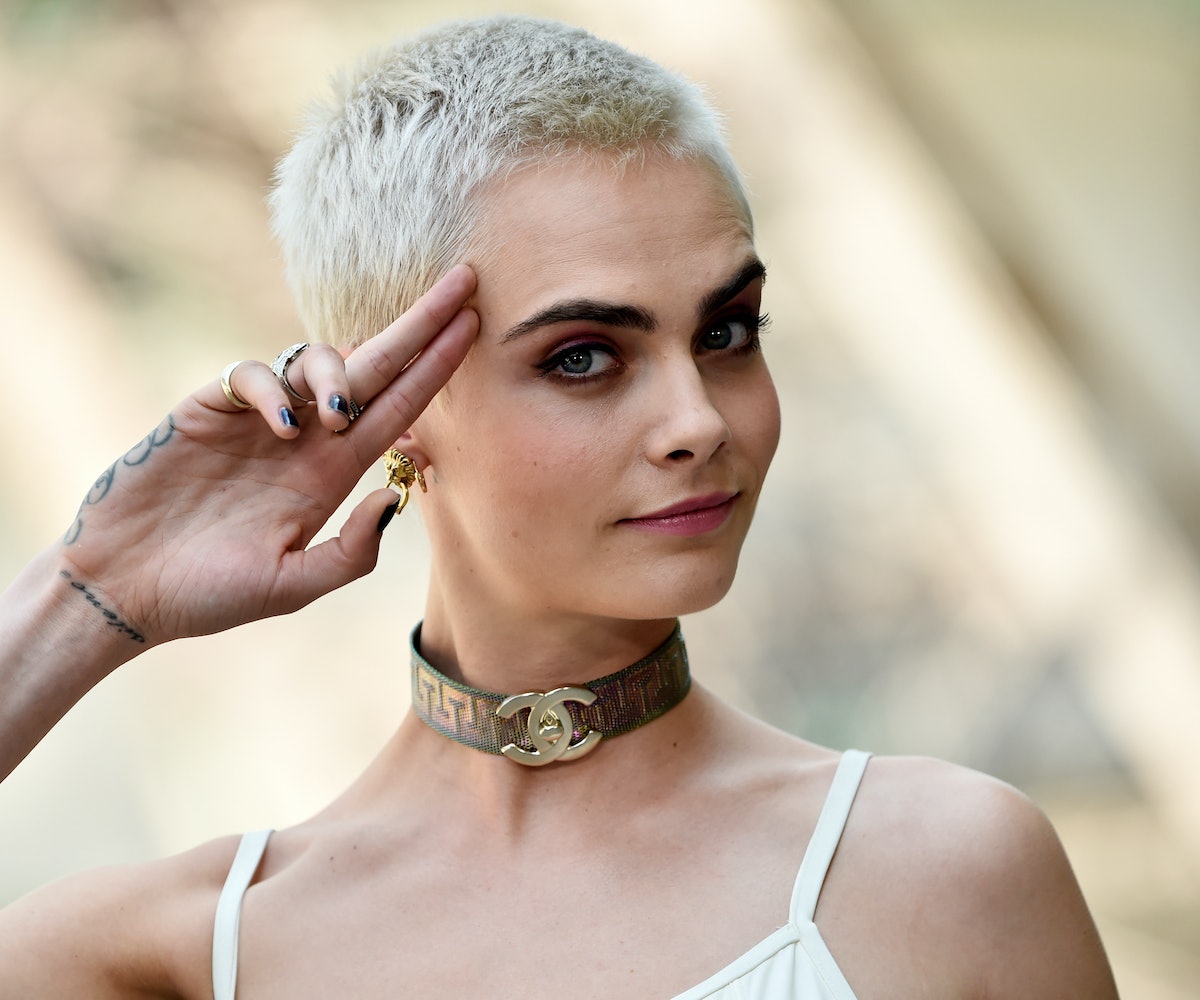 If you weren't already aware, Cara Delevingne, along with being an incredibly talented model, actress, and author, can sing her ass off. And if your ears haven't yet been blessed by her sultry vocals, her brand-new single will certainly turn you into a fan.

Her latest, "I Feel Everything," appears on the soundtrack to Valerian And The City of a Thousand Planets, starring the multihyphenate talent herself alongside Dane DeHaan, Clive Owen, Rihanna and Ethan Hawke. The jazzy, lighthearted tune was produced by Pharrell, who has collaborated with her in the past on the 2014 single, "CC the World," which appeared in Chanel's short film "Reincarnation."

Debuting the song's release on her Instagram page yesterday, Delevingne thanked the film's director Luc Besson and Pharrell for "believing in me."

The soundtrack also features hits from Bob Marley, David Bowie, Wyclef Jean, Alexiane, and more. The score for the highly-anticipated film was conducted and composed by Alexandre Desplat, who also notably did scores for feature films like The Danish Girl, The Imitation Game, and Godzilla.

Valerian and the City of A Thousand Plants is out now. Stream the song, below, and see the soundtrack in its entirety, here.