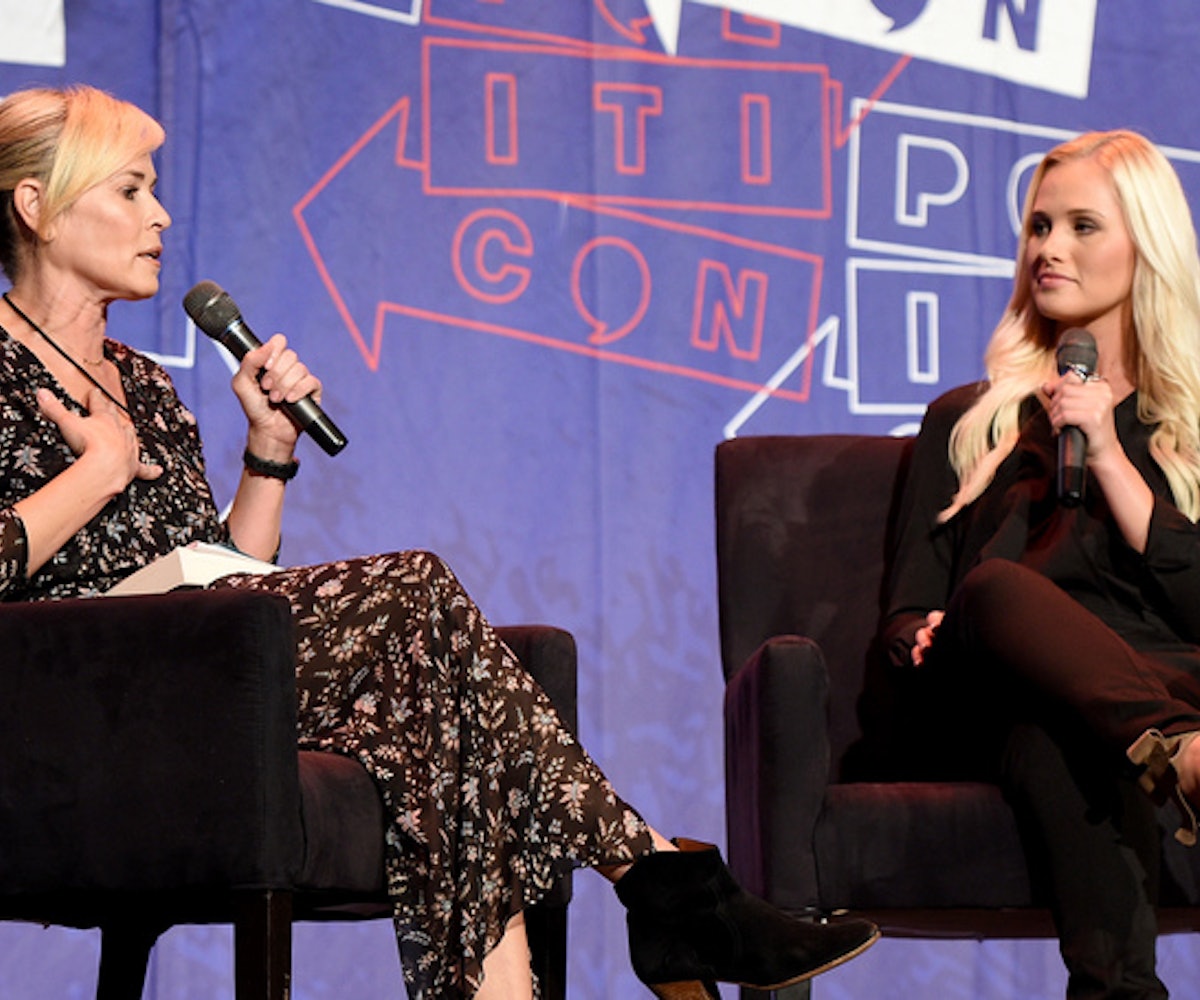 It was announced earlier this month that TV host and comedian Chelsea Handler would be interviewing conservative commentator Tomi Lahren at this year's Politicon regarding the political issues and events that have unfolded under the Trump administration.

The two finally spoke Saturday at the live event. Handler clarified before that this conversation was not supposed to be a debate, but rather, an interview. They covered some of the most controversial issues that have come forth during the Trump administration—like the efforts to repeal Obamacare, the ban on transgender individuals in the military, and Trump's general behavior as the POTUS, among others.

Lahren and Handler argued over the merits of Obamacare, with Handler reminding her that "it's helped 22 million people." Lahren claimed that it's "in a death spiral." However, the crowd got riled up, rightly so, when Lahren revealed that despite her complaints regarding Obamacare, she is 24 and still on her parent's health insurance, something made possible by the very healthcare plan she was shooting down.

The two also discussed the latest controversial statement released via Trump's Twitter, which claimed that transgender individuals would be banned from serving in the military, due to increased medical costs.

"I don’t think it is a social experiment, because the trans community, they are not going away," Handler responded. "It is only going to get bigger. This is 2017."

The pair disagreed on other matters, as well, like Trump's whiny and defensive tweets, his tendency to skew the truth to benefit himself and his own administration, and his general untrustworthiness. Lahren, while she admitted that she doesn't "agree with every move he makes, every tweet he sends," claimed that she thinks "the positives outweigh the negatives" and that she could "get over the meanness of his tweets if he's helping middle-class Americans."

Overall, the conversation between the two—while they butt heads over most points—remained civil and respectful. While much of what Lahren argued for still remains infuriating, there may be merit to opening more opportunities for these issues to be discussed. At the end of the day, we know what is right and what is wrong, and perhaps conversations like these are a stepping stone to moving everyone in the correct direction.