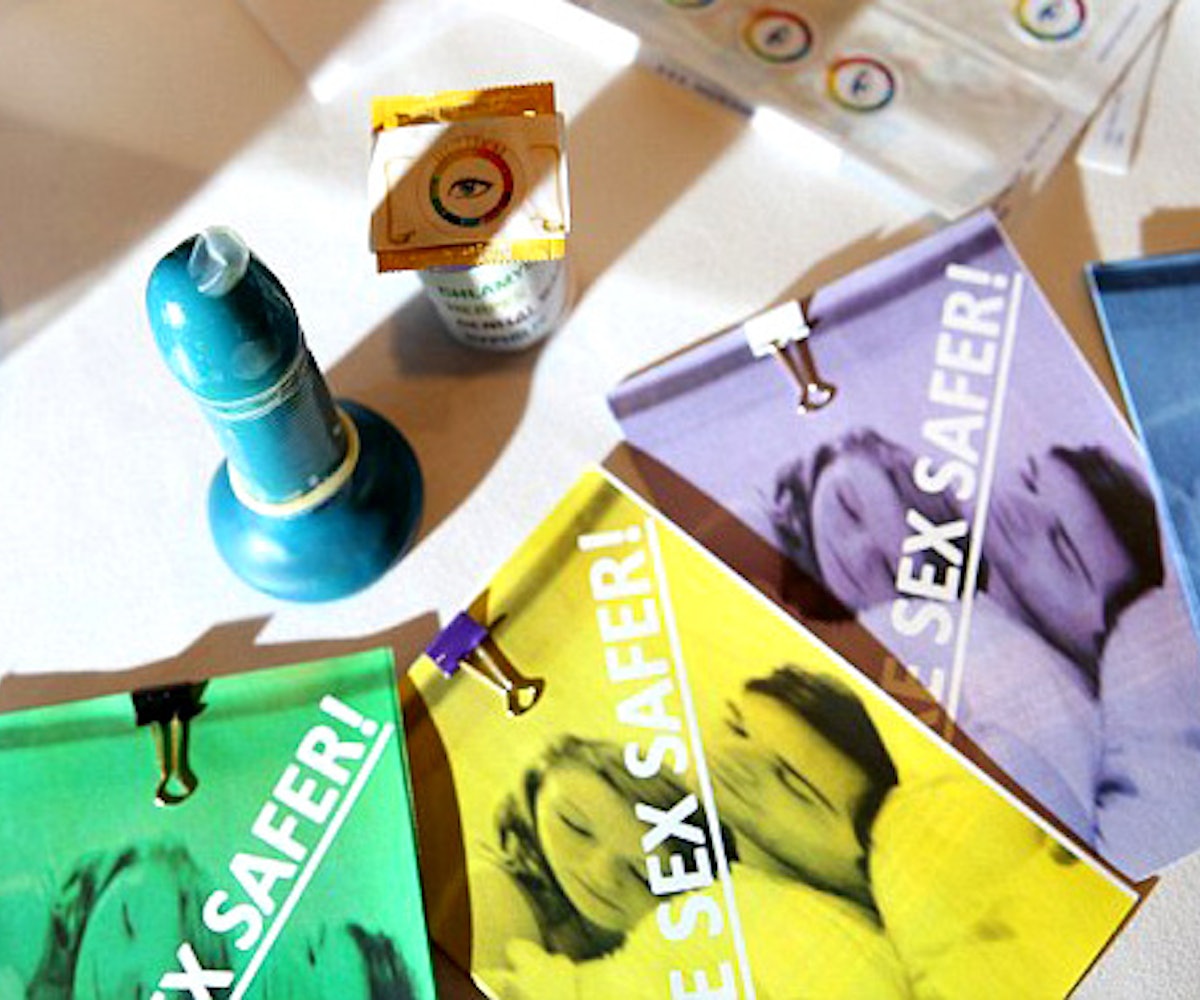 Safe sex is an idea commonly preached but, unfortunately, it is not always practiced. While sex can (and should) be a gratifying experience—whether you share it with a significant other or a stranger—the lurking threat of STIs (Sexually Transmitted Infections) and STDs (Sexually Transmitted Diseases) often makes sex riskier than we would like.

Thanks to a group of 13 and 14-year-old students (geniuses, basically) named Muaz Nawaz, Daanyaal Ali, and Chirag Shah, we may have an easier way to approach safe sex. They developed a concept for a condom that would glow colors to indicate STIs, in response to the bacterias or infections detected. The molecules in the condom attach to the bacterias, causing it to glow different shades for different diseases. Their concept is titled "S.T.Eye," proving they're as good with their puns as they are with their science, and it won the first place prize at the TeenTech Awards in the United Kingdom.

14-year-old Ali said, “We wanted to make something that make detecting harmful STIs safer than ever before, so that people can take immediate action in the privacy of their own homes without the invasive procedures at the doctors. We’ve made sure we’re able to give peace of mind to users and make sure people can be even more responsible than ever before.” So there you have it—they are smarter and more responsible than you were at 14.

The invention is still in the conceptual stages, and there isn't yet a finalized design, but it's definitely a promising step towards having better safe-sex resources. We can thank these amazing young minds for that.

How To Have A Satisfying One-Night Stand

15 Movie Sex Scenes That You Shouldn't Try At Home