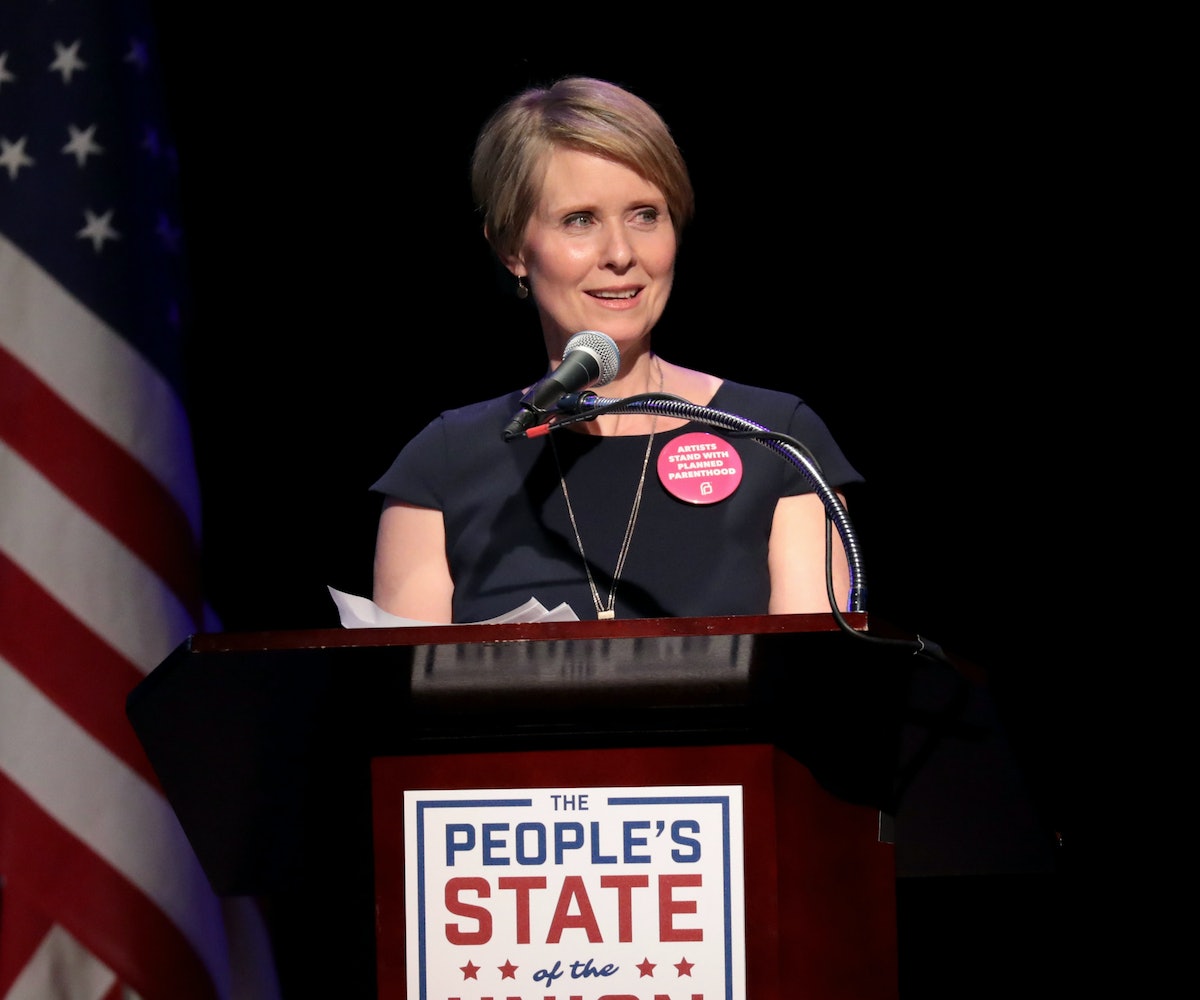 Last night's debate between gubernatorial candidates Cynthia Nixon and current New York State Governor Andrew Cuomo was anything but boring. Though Cuomo worked hard to frame Nixon as a "corporation," and thus a member of the establishment, rather than an outsider, Nixon was having none of it. Instead, she focused on the fact that Cuomo, despite being a Democrat, is not so different than President Trump, saying: "When it comes to opposing Trump in New York State, we already have a corrupt corporate Republican in the White House—we don’t need a corrupt corporate Democrat in Albany as his main opposition."

And yet, even though Nixon is a political outsider, there's no doubt that she is a member of one elite class: the 1 percent. When asked by moderator Maurice DuBois of CBS New York whether Nixon would accept a salary should she be elected to take Cuomo's seat, Nixon declined. DuBois pressed further, asking if she would accept a single dollar, to which she replied, "Sure, maybe a dollar."

Nixon's entire reported wealth comes out at around $60 million, and so there's little doubt that she could afford to decline the New York gubernatorial salary of $137,415 per year. However, should she? Is this a good precedent to set? While we love the idea of a self-proclaimed democratic socialist like Nixon taking the reigns from Cuomo (who last year proudly declared that New Yorkers should simply drive to work rather than rely on the crumbling public transit infrastructure he has neglected for so long), Nixon's offer to work for free is a stark reminder that the political system in this country is rigged for wealthy candidates who can afford to campaign on their own dime. That isn't something that should be celebrated at all. It should be fought against in the same way campaign finance reform should be fought for. Otherwise, we will wind up with a government filled only with people for whom money doesn't matter—and how will they truly understand the plight of the economically disadvantaged then?