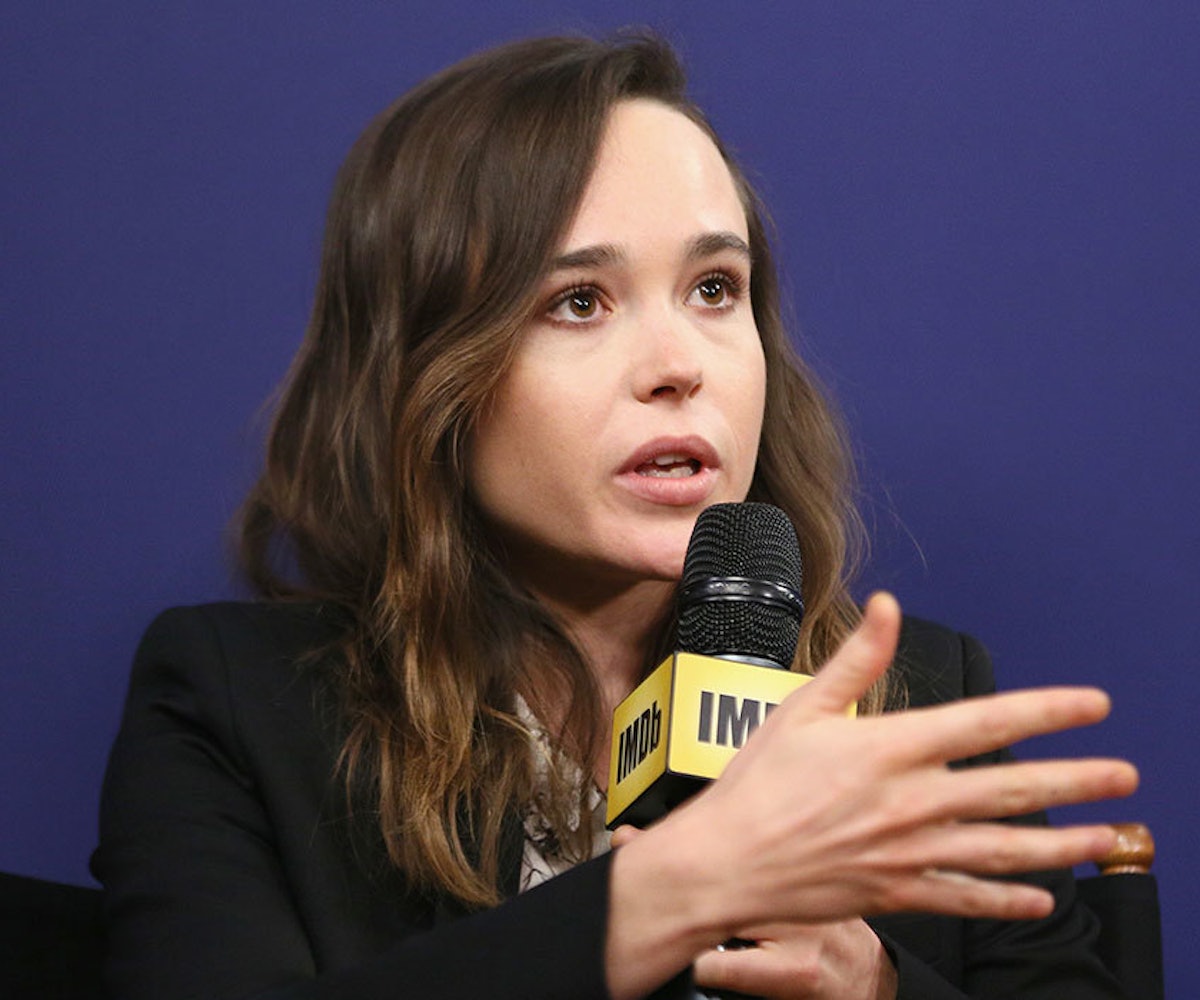 Brett Ratner told a woman to "fuck" Ellen Page while on the set of X Men: The Last Stand, to make Page "realize she’s gay," the actress revealed today. Page was 18 at the time and not out of the closet. This, unfortunately, is not the first time, she says, she has dealt with sexual misconduct, abuse, and homophobia in Hollywood. An exhaustive Facebook post written by Page and shared to her Facebook details her experience, highlighting the privilege she has to speak out and the responsibility to elevate the voices of victims, named and unnamed.

"Hopefully having the position I have, I can help people who may be struggling to be accepted and allowed to be who they are—to thrive," she writes. "Vulnerable young people without my advantages are so often diminished and made to feel they have no options for living the life they were meant to joyously lead."

It's difficult to pinpoint where to begin here. What emerges from Page's statement is the pattern those of us who have been paying attention to the reports of sexual abuse and misconduct by Harvey Weinstein, Louis C.K., Kevin Spacey, and, yes, Ratner have come to recognize. Predatory men in high positions of power use sex as means of intimidation over the younger people, both women and men, they hire/work with. They put the victims in a position where they, as Page describes, feel "indebted to them" and that "[their] actions are to blame for their unwelcome advances." Comply, and your future in Hollywood is secure; don't, and you're nothing. Speak out, and the latter could happen, too. "If I, a person with significant privilege, remain reluctant and at such risk simply by saying a person’s name," Page adds, "what are the options for those who do not have what I have?"

The epidemic of violence against women, especially queer and trans women of color, works in favor of powerful men. It silences victims and erases the progressive work done by the likes of Marsha P. Johnson, Sylvia Rivera, bell hooks, Audre Lorde, and more. That Page has the power to speak out in the manner she has is, as she rightfully says, a result of those women's outspokenness.

What Page wants is healing for the victims and for "Hollywood to wake up and start taking some responsibility for how we all have played a role in this." Page denounces her role in Woody Allen's 2012 film, To Rome with Love, calling it the "biggest regret" of her career, one that she says she felt pressured to do because "of course you have to say yes to this Woody Allen film." She takes ownership of her decision to do that movie, though, saying it was "an awful mistake."

This "long-awaited reckoning," as she calls it, is bigger than most of us can imagine. The victims are silenced while the "powerful abusers can scream as loudly as they want, lie as much as they want and continue to profit through it all." Through it all, Page remains hopeful, referring to all those speaking out as revolutionaries. "Don’t allow this behavior to be normalized," she ends. "Don’t compare wrongs or criminal acts by their degrees of severity. Don’t allow yourselves to be numb to the voices of victims coming forward. Don’t stop demanding our civil rights."