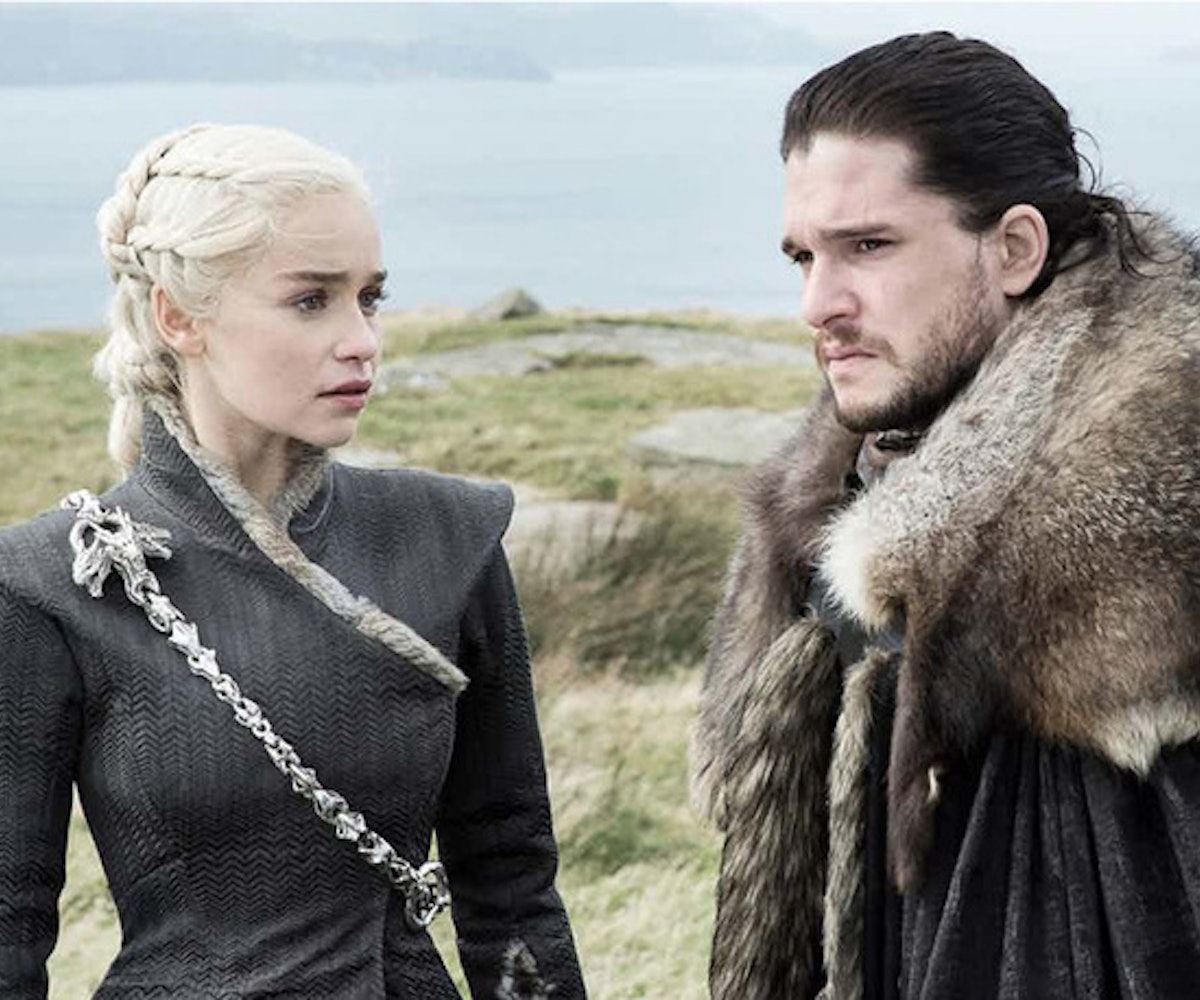 Last night's Game of Thrones Season 7 finale had everything: ice dragons, incest, betrayal, men taking credit for women's work, and more incest. Fans were on the edge of their seats for the entire 80 minutes. But, there was one moment, in particular, that broke the internet: the revelation that Jon Snow is actually Aegon Targaryen, the rightful heir to the Iron Throne.

Rightfully, everyone freaked out.

Turns out Samwell actually was listening to Gilly when she uncovered Jon Snow's true identity and told Bran about it. Then he took all the credit for her work. Not cool, Sam.

What people were most concerned with is that this now means Daenerys is Jon's aunt. And the two finally had sex, so...

It was all too much for people to handle.

Now we'll have to wait for a very long time before the next season premieres, and nobody is happy about it.