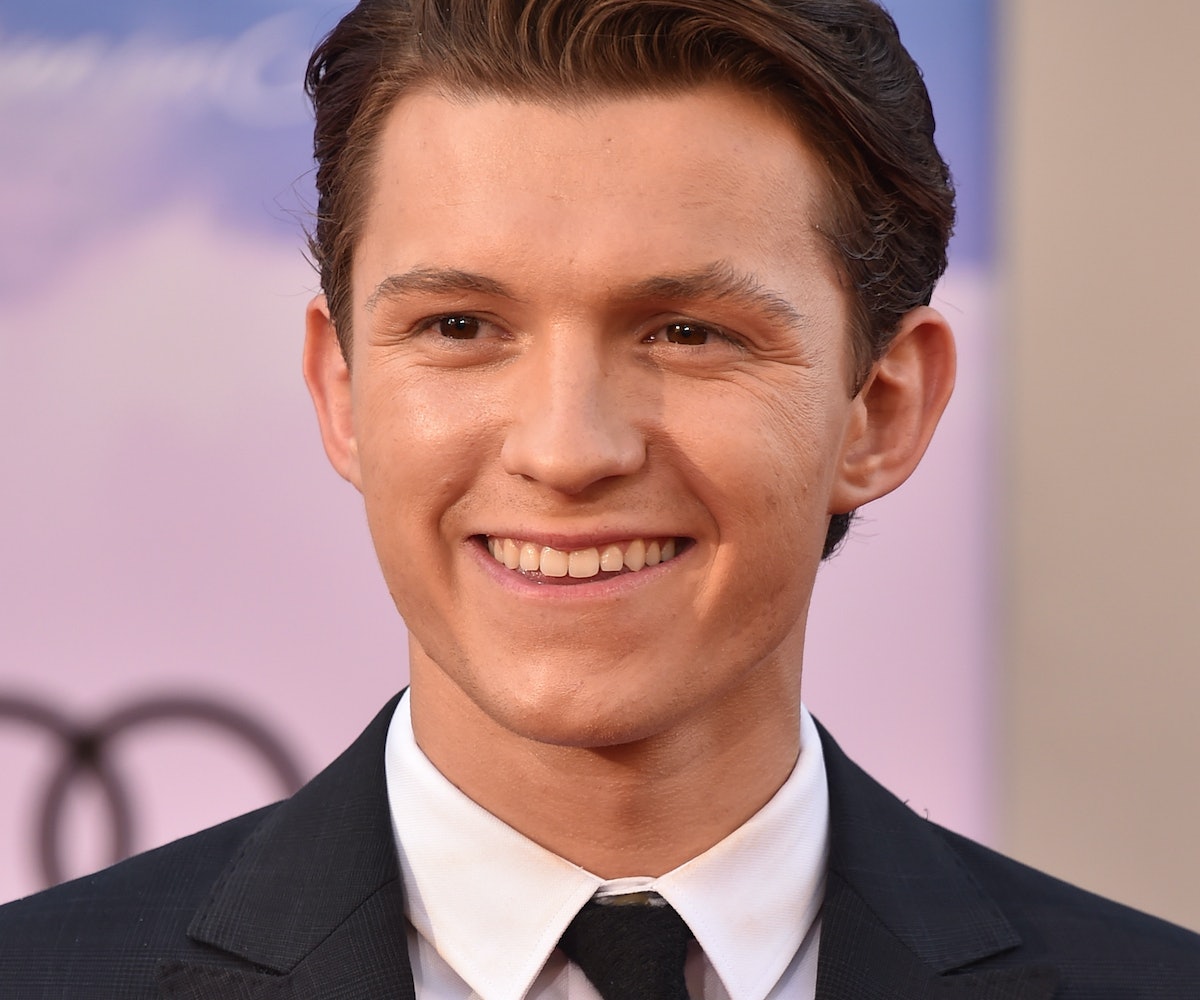 The last time we introduced you to an actor worth knowing, it was also a Brit named Tom. But that Tom—intense, mercurial, and yes, brooding—is pretty much the opposite of this Tom. This Tom, whose last name is Holland, is enthusiastic, plucky, and seems to be in a perpetual state of having just received the best news of his life. That perma-good mood likely has something to do with the fact that about two years ago, Holland, who was 19 at the time, got some of the best news any young actor could get: He was going to be the next Spider-Man. (Fun fact: That other Tom was recently cast as Spider-Man’s arch nemesis Venom, in a completely separate standalone movie. The two Toms also worked together on Locke, with the younger one playing the older one’s son.)

Unlike the previous Spidey, Andrew Garfield, Holland was set up for success from day one. His Spider-Man would be a part of Marvel’s infallible Cinematic Universe, first making a winning cameo in last year’s Captain America: Civil War, and now appearing as the star of his own movie, this Friday’s Spider-Man: Homecoming. The reviews for the movie have been nothing short of ecstatic, with much of the praise being lavished on Holland’s giddy, charismatic performance. All of that to say that Tom Holland, at just 21 years old, is about to be everywhere. So now seems as good a time as any to get to know England’s latest superhero export.

Was Tom Holland a complete unknown before being cast as Spider-Man?

Not a complete unknown, but pretty close to it. He did play Naomi Watts’ son in the tsunami drama The Impossible, which marked his feature film debut. And around the time his casting as Spidey was announced, he appeared as a sailor in Ron Howard’s Moby Dick-inspired In the Heart of the Sea. So even if he missed out on playing Peter Parker, Holland’s star was steadily on the rise. Only now, it’s meteoric.

How many actors did he beat out for Spider-Man?

A lot. Reports suggest that Marvel initially looked at 7,000 aspiring web-slingers, which is staggering when you think about it.

According to Spider-Man: Homecoming director Jon Watts and Marvel Studios honcho Kevin Feige, it came down to Holland’s chemistry with Robert Downey Jr., who is essentially a co-lead in Homecoming. “Having the charisma to have the camera care that you’re even a speck when you’re on screen with Robert Downey Jr. is a tall order,” said producer Amy Pascal, who has worked on every Spider-Man movie. “It was magical from that very first test.”

I’ve seen some videos of Tom Holland doing backflips. Did he have to learn that for the part?

Nope, that’s what stuntmen are for. Holland is actually a trained gymnast, giving him the distinction of being the only actor to play Spider-Man who could actually fake being Spider-Man without the help of wires and CGI. Here he is on Jimmy Kimmel Live! doing some insane flips in a Spider-Man costume.

And here he is at the Spider-Man: Homecoming premiere doing a backflip off the hood of car while holding a selfie stick, in full costume.

Wow. It looks like Tom Holland really loves being Spider-Man.

He does. Every actor who gets cast as Spider-Man is contractually obligated to say it was a childhood dream to play the superhero, but for Holland it feels truly authentic. The rap on Holland is that he’s having as much fun being Spider-Man as much as Peter Parker is, which in Homecoming is a lot.

Hopefully they don’t replace him like they did with those other two actors.

Unless something goes terribly wrong, Tom Holland is going to be Spider-Man for a very long time. Not only does Homecoming have all the makings of a megahit, but at 21, Holland is much younger than both Tobey Maguire and Andrew Garfield were when they were both cast. And unlike those actors, who were the stars of one measly franchise, Holland is part of an entire cinematic universe! Which means that before you see him in the inevitable Homecoming sequel, he’ll appear in the superhero smorgasbord that is Avengers: Infinity War, which he just called “the biggest movie of all time.”

Okay, but is he ever going to do anything non-Spider-Man related?

Yup. Believe it or not, Holland already has another potential franchise lined up. Just last month he was cast as a young version of Nathan Drake, the heroic, Indiana Jones-style protagonist of the mega-popular Uncharted video game franchise. If that goes according plan, then Holland will join the rarefied ranks of stars like Jennifer Lawrence, who are capable (and popular) enough to juggle multiple franchises simultaneously.

I’m sold. Is there anything else I should know?

There is! He does a really mean Rihanna.