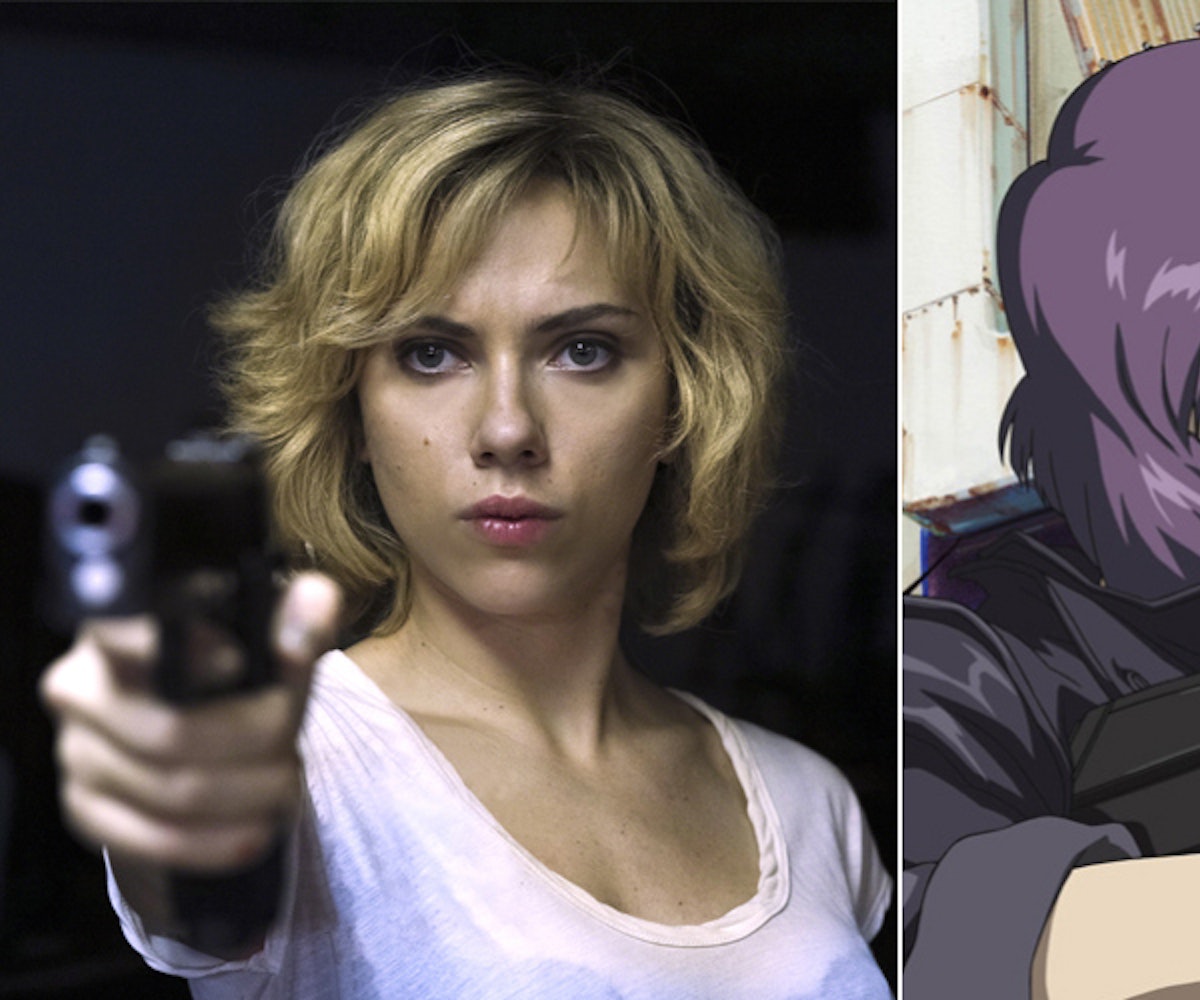 As a teen with questionable social skills and aversion to going outside, one of my favorite escapes was anime. More than just fancy cartoons, the term anime refers to animation from Japan and is an art form most known for its strong graphics, characters, and fantasy themes. The first recorded commercial Japanese animation dates back to 1917, and the industry and popularity of the genre have grown incrementally since.

Back then, you had to know someone who knew someone with a VHS copy of a series or movie that they got from a cousin who had a friend who worked at a comic shop and ordered it from Japan. By the time I graduated high school, shows like Sailor Moon, Pokémon, and Dragon Ball Z were readily accessible on Cartoon Network.

One of these hard-to-find-but-worth-the-search movies of the mid-'90s was Ghost in the Shell, a film that blew my mind when I first saw it and continues to do so every time I revisit it. It’s a provocative and layered story that centers around cyborg leader of the special ops team Public Security Section 9, Major Motoko Kusanagi. I’m not going to give any of the story away (because it’s amazing and anyone interested in seeing it should), but I will say that it’s a Japanese story that is about Japanese people, set in a Japanese city, in Japan. Which is why everyone who was excited to hear that this masterpiece was being brought to life, went from excited to insulted real quick when they found out that Kusanagi will be played by the very not-Japanese Scarlett Johansson.

I’ve had several discussions since the release of the first still of GitS last week. Anyone I know, who is a fan of the original manga or anime, is pretty frustrated with this casting choice. However, there are folks that don’t see the damage or harm of “reimagining” this story with a white female lead. There are those that believe that there aren’t any Japanese or Asian female actors that could carry a big-budget Hollywood production. There are those who believe that audiences wouldn't go see this film if it were cast accurately. Some of these folks are the studio execs behind this mess, but, thanks to the Internet, it’s easy to see that it doesn’t end with them.

I actually like Johansson, quite a lot. I was first introduced to her in Ghost World (another graphic novel adaptation, but appropriately cast), and I’ve been with her ever since. I think she’s incredibly talented and have made it a point to see movies she’s in because I trust the choices she makes and the projects she decides to be a part of. Lucy is one of my favorite films in her filmography and one that is being brought up in this current collective discussion as proof that she is fit for this role. I understand this train of thought: Johansson was phenomenal in this role and it was a surprising role to see her in because of her more classically dramatic career. She rose to the occasion and owned both the acting and physicality of the role. She expanded our context of what she’s capable of, and I see why it makes sense to some that she would rise again to the challenge of a nuanced role with a strong action element.

The thing is that Lucy is the original creation of writer/director Luc Besson, who was inspired by the brain size of the early humanoid of the same name. Besson created this story from his imagination and could cast it however he wanted. Would it have been exciting to see a woman of color play the lead in such a strong sci-fi action film? Sure. All the same, the originality of Besson’s story provided him with a certain ownership of the movie and, therefore, entitlement to creative license. Attempting to justify Johansson in GitS, by using this example, is problematic because circumstantially it’s completely different. To buy the rights to this story, from those that created it, and remove the Japanese protagonist and replace her with a white one is disrespectful at best, and goes beyond taking artistic license. The artistic license would be changing her hair color, or color of her outfit, not removing her race altogether.

To say that it’s “not so serious” and “happens all of the time in Hollywood” is exactly how this pattern of whitewashing is perpetuated. The practice of whitewashing goes back all the way to the beginning of filmmaking and is the culprit of so many pleasantries, such as black face. The white person made up as a Native American or Asian person (hi, Mickey Rooney as Mr. Yunioshi in Breakfast at Tiffany’s) was a common practice as well, until relatively recently. In current times, the use of such practices are frowned upon, and people want to claim that these unfortunate times are far behind us. Yet, Ralph Fiennes is playing Michael Jackson in an upcoming film, Rooney Mara plays Tiger Lily, a Native American character in 2015’s Peter Pan, The Gods of Egypt couldn’t find any Egyptians to actually play the gods of Egypt, Emma Stone played an Asian-Hawaiian woman in Aloha, and Johnny Depp played the already problematic role of Tonto (the Comanche sidekick of the Lone Ranger). Oh, and Stonewall just went ahead and cut out the transgender and lesbian women of color that were at the forefront of the LGBT-rights movement. The list is so long and so painful, but the point is that this is still a practice that is very much alive in Hollywood, and in a year where the hashtag “Oscars so White” was a thing, one would rightfully hope that studios would take actions to correct the course.The disappointment of Dreamworks taking such an opportunity and swiping left at that idea is very real.

The fact that people cannot call to mind Asian/Asian-American female leads from action films (or any other genre, really) is not because they do not exist. Major roles simply are not offered to or filled by them because see above. The filling of roles, written for actors of color, with white actors is dangerous because it takes away the already limited opportunity for well-written characters to be played by the people they were created for; the roles that Asian women are “allowed” to act out in films are still generally offensively dated. It’s laughable that people are holding on to the idea that an Asian actor could not carry this film or attract an audience, even if this was her breakout role. How many white actresses are given such roles, on the regular? Hunger Games much? No one really knew who Jennifer Lawrence was before this franchise, and yet no one batted an eye over a relative newcomer being cast to carry it, but may we never forget the initial Internet outrage over Rue, a very clearly written character of color, being cast accordingly and played by Amandla Stenberg. (My personal "fave" will always be the words of Jashper Paras, “kk call me racist but when I found out rue was black, her death wasn’t as sad.”). Lawrence has gone on to become a Hollywood darling and household name (as has Stenberg, in her own right), and it is truly time that other actors be given these same opportunities. Ghost in the Shell is the perfect platform for Hollywood and studios to begin providing the same space for all. Jason Chen compiled a list of six Japanese actresses who could play this role. I feel certain that the women listed there would do an amazing job, and that there are so many more that could too.

It’s 2016 and completely unacceptable that this continues to happen. Claiming to not know any better is an excuse and a sad lie. And to take a story such as this and manipulate it in that way distracts us from what makes it matter, and is the deepest form of artistic theft. This practice also feeds systemic racism and perpetuates the idea that only white actors are worthy of leading roles. I know that there’s a petition that has begun online to request that Dreamworks revisit this casting choice. They are almost at their goal. What a huge victory it would be, on so many levels, if the studio actually listens and takes the kind of care to cast this and future projects accordingly. What an even greater thing it will be to see the day when this is no longer seen as a “progressive” act.