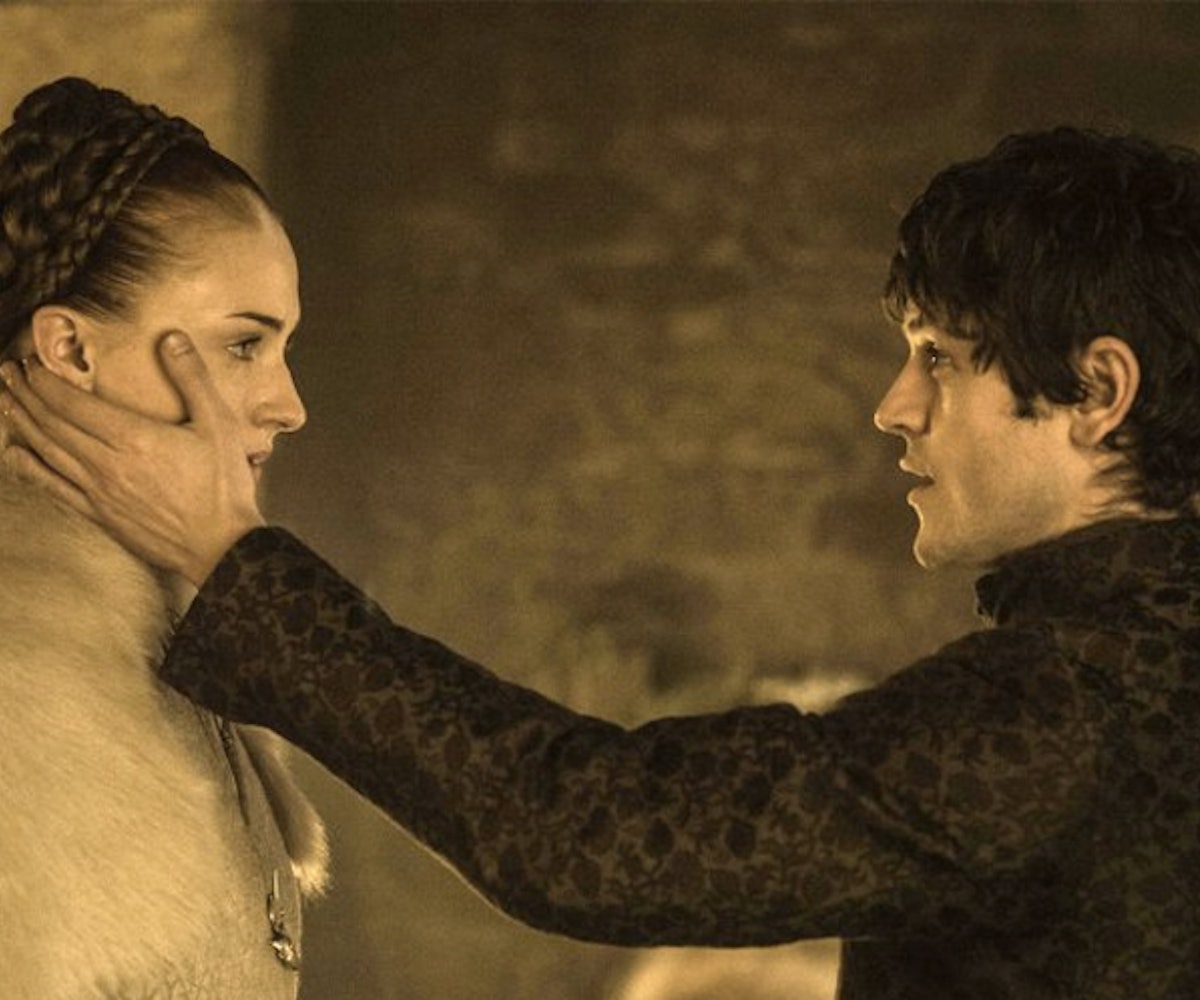 Despite Game of Thrones showrunners David Benioff and DB Weiss being "responsive" to critism that the series too frequently and casually depicts violent sexual assualt, one writer-producer on the show, Bryan Cogman, is defending himself. He wrote the infamous (and highly disturbing) scene in Season 5, where Sansa Stark is raped on her wedding night by Ramsay Bolton, while her family's former ward Theon Greyjoy is forced to watch. It was a scene that made a lot of people abandon the show altogether.

It's the same defense GOT producers have been using since the criticism began: "We need to show how brutal this world is." As if regular massacres and multiple bloody deaths in every episode weren't enough to do that.

In response to why Sansa didn't try to kill Ramsay, Cogman says, "It would have been hugely satisfying [for Sansa] to have a shiv up her sleeve and gut Ramsay, but that’s not Sansa," adding, "She’s not broken by the attack, she immediately sets to getting the hell out of there and planning her next move." He also explained why they cut to Theon's face at the end of the scene, instead of focusing on Sansa, which some said made the attack more about Theon's anguish rather than the victim's. "The main reason we cut away at the end, frankly, is that this was Sophie’s first scene of this nature, and we didn’t want to show the attack," he says. "To me it was about being respectful to Sophie.”

At one point Cogman even got emotional, saying, "It’s not an easy thing to put a character that I love through a scene like this," and added that Sansa would play a major role in Season 6. "Sansa has a journey ahead of her," he says, "and what happens to her in that room is a huge part of that journey, and one that we’ve thought through.”

I guess we'll have to wait and see.