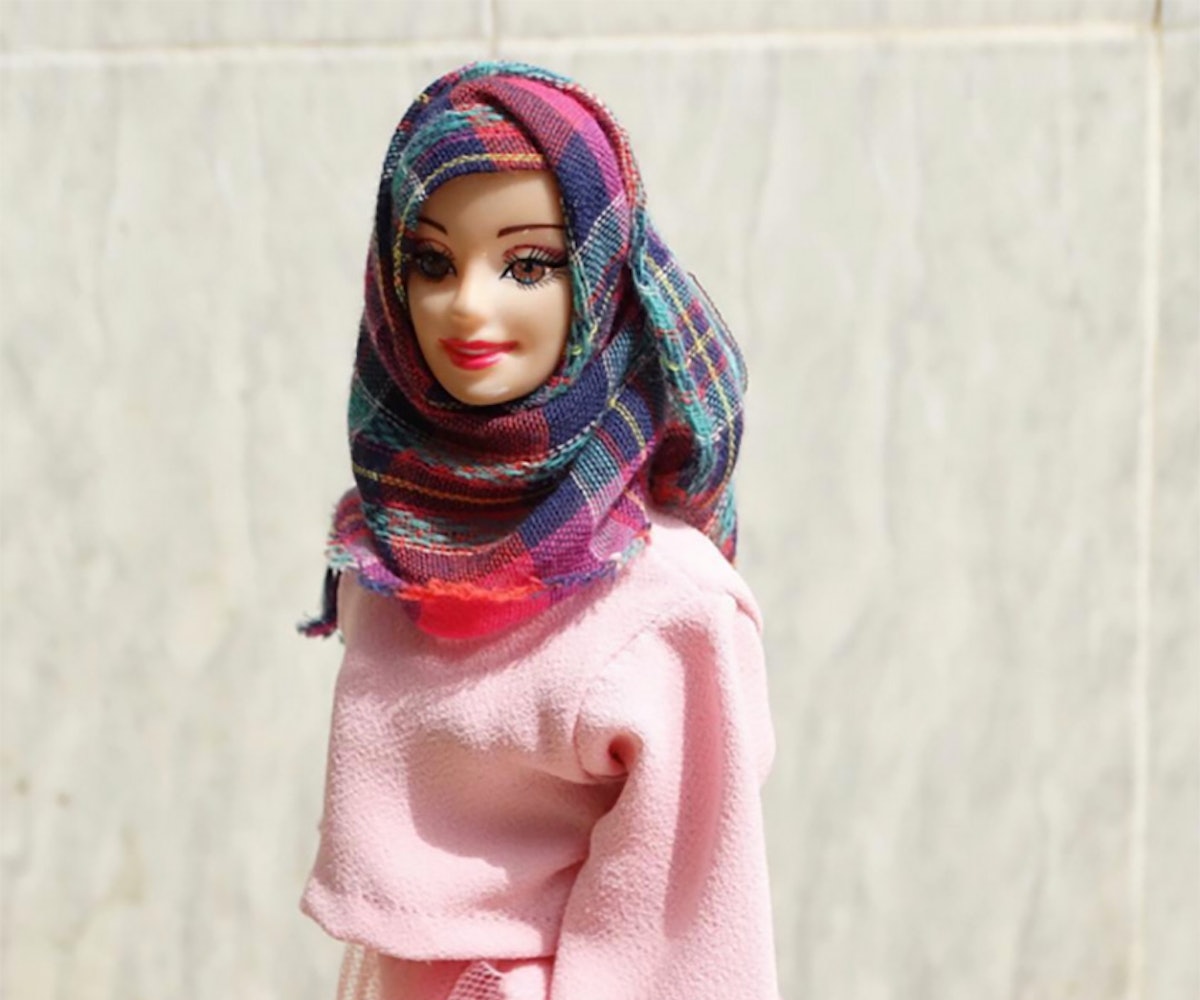 Inspired by the @barbiestyle Instagram account, which features Barbie in blogger-like fashion shots from street style shots to “what’s in your bag?” spreads, Adam wanted to feature the doll in fashions that she herself would wear, telling Mic in an interview, "It got me thinking about how I'd actually like to see a doll dressed up like I would have—covered up." Hijarbie is featured wearing a ton of modest, yet fashionable outfits, complete with matching hijabs, often side-by-side with the same outfit in real life.

On top of Hijarbie, Adam is launching her own modest dress and hijab line called Hanie.

Although Hijarbie shows how trendy dressing modestly can be, the account was also created to also inspire young Muslim girls that their religion and culture is beautiful and something to appreciate. Adam states, "They become more confident, more driven, they believe more in themselves, which leads to an appreciation of herself and her modest lifestyle and upbringing. Instead of dressing up her dolls in clothes she wouldn't wear, hijabifying it will create a sense of belonging and hopefully make a positive impact."

However, we think it would be really cool to see the Hijarbie account be more inclusive, using dolls of color instead of the original tall, thin, and most likely blonde Barbie model. Perhaps Adam could consider using a diverse, skin-tone friendly doll line such as Malaville?