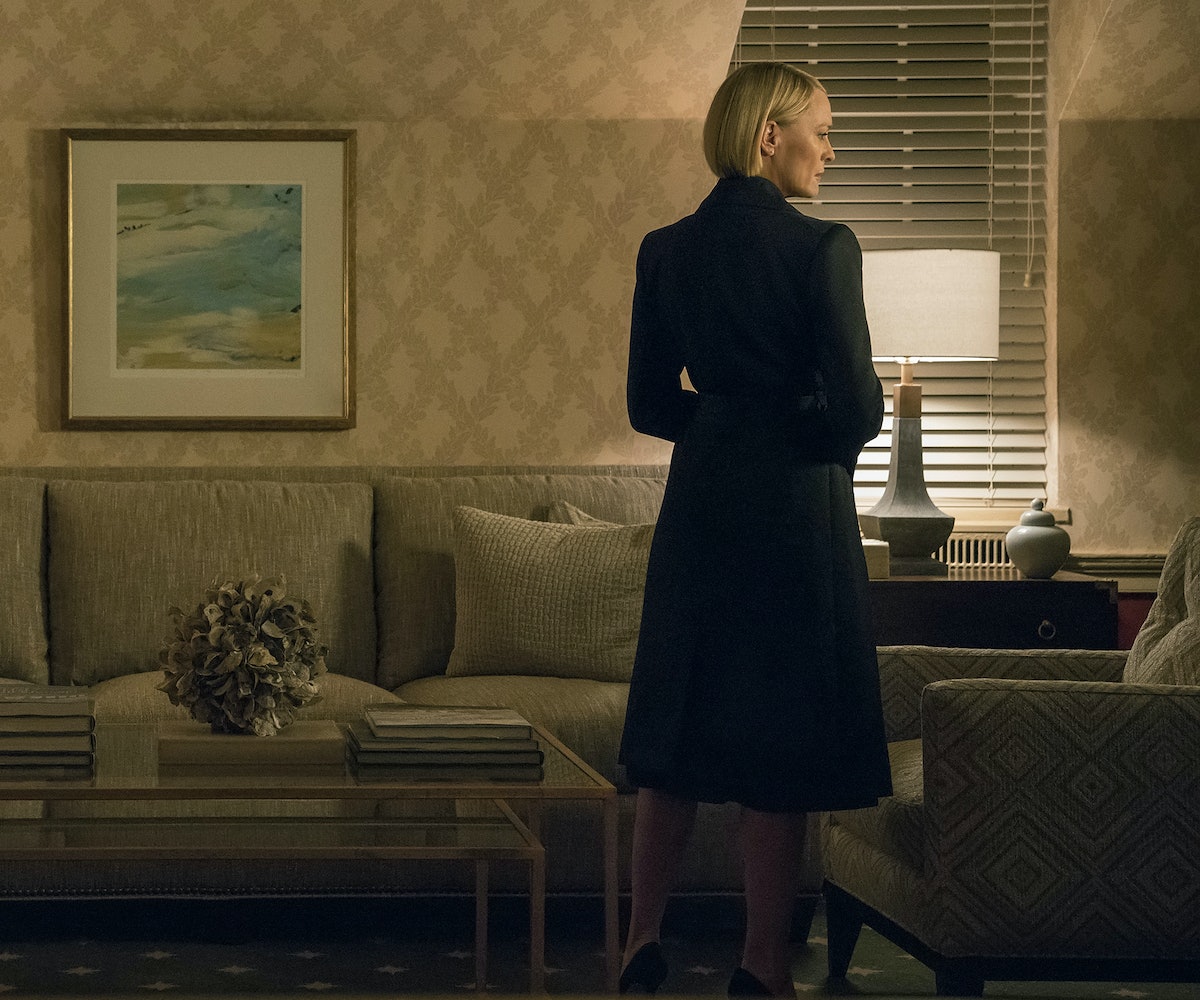 In the teaser for the final season of House of Cards, President Claire Underwood says the words we all were hoping to say back on election day in 2016: "The reign of the middle-aged white man is over." Bless. Frank Underwood (Kevin Spacey) is dead, and Claire (Robin Wright) is more than ready to step in.

This marks the first season without Spacey at the helm of the show, following his firing by Netflixafter several sexual assault allegations were made against him. Claire is shown, mascara streaming down her face, grieving the former POTUS, but sad is not the emotion that carries through the trailer. She's focused and fiercely determined as she takes the reins and asserts herself as the proper individual to take Frank's place. Plenty of drama is teased, from Claire's announcement that whatever her husband had said over the past five years should be disregarded to a bullet hitting the windshield of a car directly to the left of Claire's head.

The sixth (and final) season of House of Cards hits Netflix on November 2. Catch the whirlwind trailer, below.