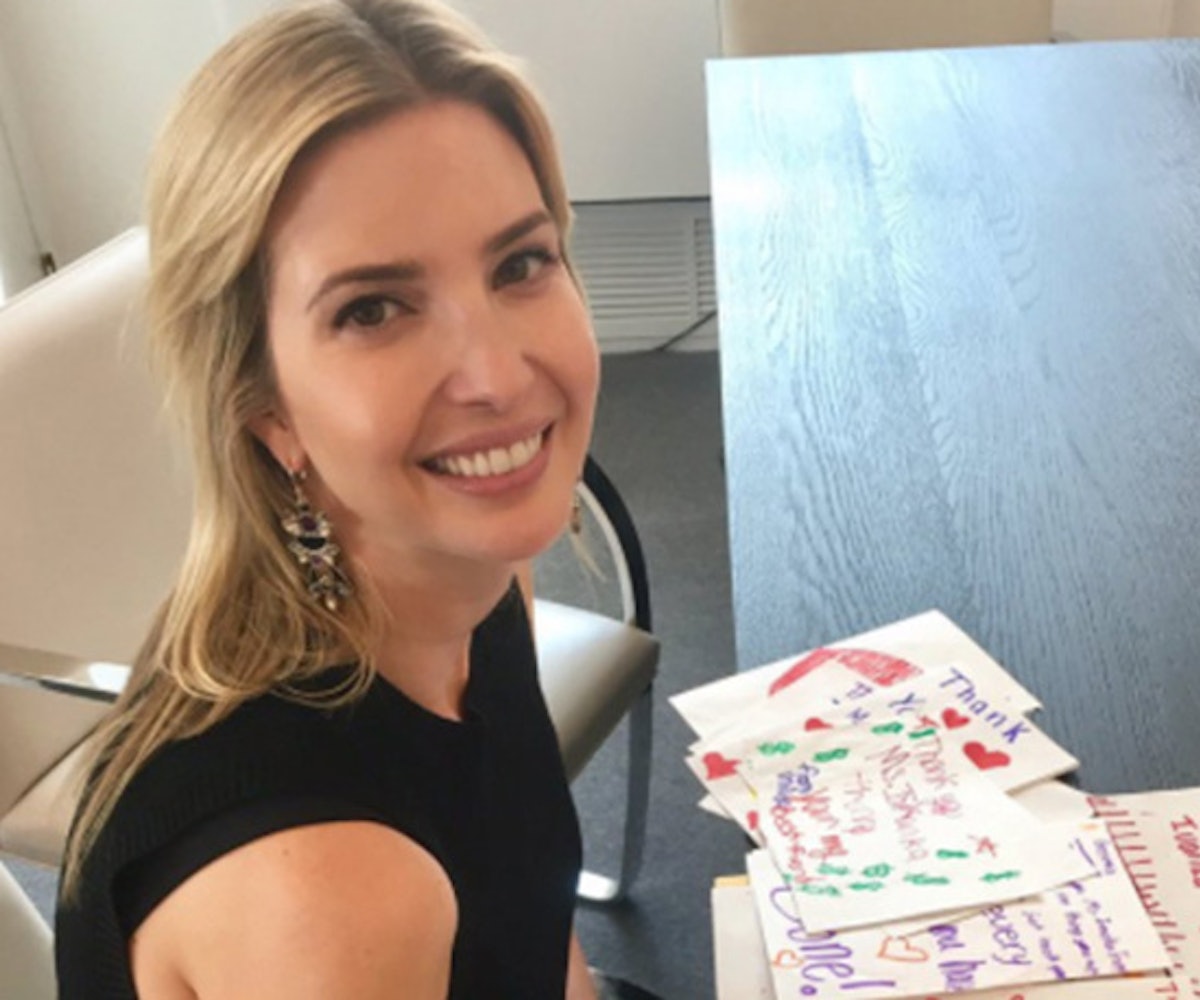 We learned today that Ivanka Trump, inexplicably, gets fan mail. The first daughter shared a photo of herself sitting next to a pile of thank-you letters from children. Everyone was very confused. Who are these children? What are they thanking her for? She, herself, says she likes to "stay out of politics."

A lot of people speculated that they were from her dad.

Comedian Andy Richter edited the letters to make them all about Donald's pee tape, which is maybe the only highlight of this hellish administration.

People think White House Press Secretary Sarah Huckabee Sanders might be behind the letters. She probably writes them when she's working on the completely real, not-at-all fake letters of praise for the president.

Someone pointed out that one of the smiley faces drawn by the kids had money symbols for eyes. "We a love a role model," someone wrote.

Everyone was left with more questions, for which we might never have answers.