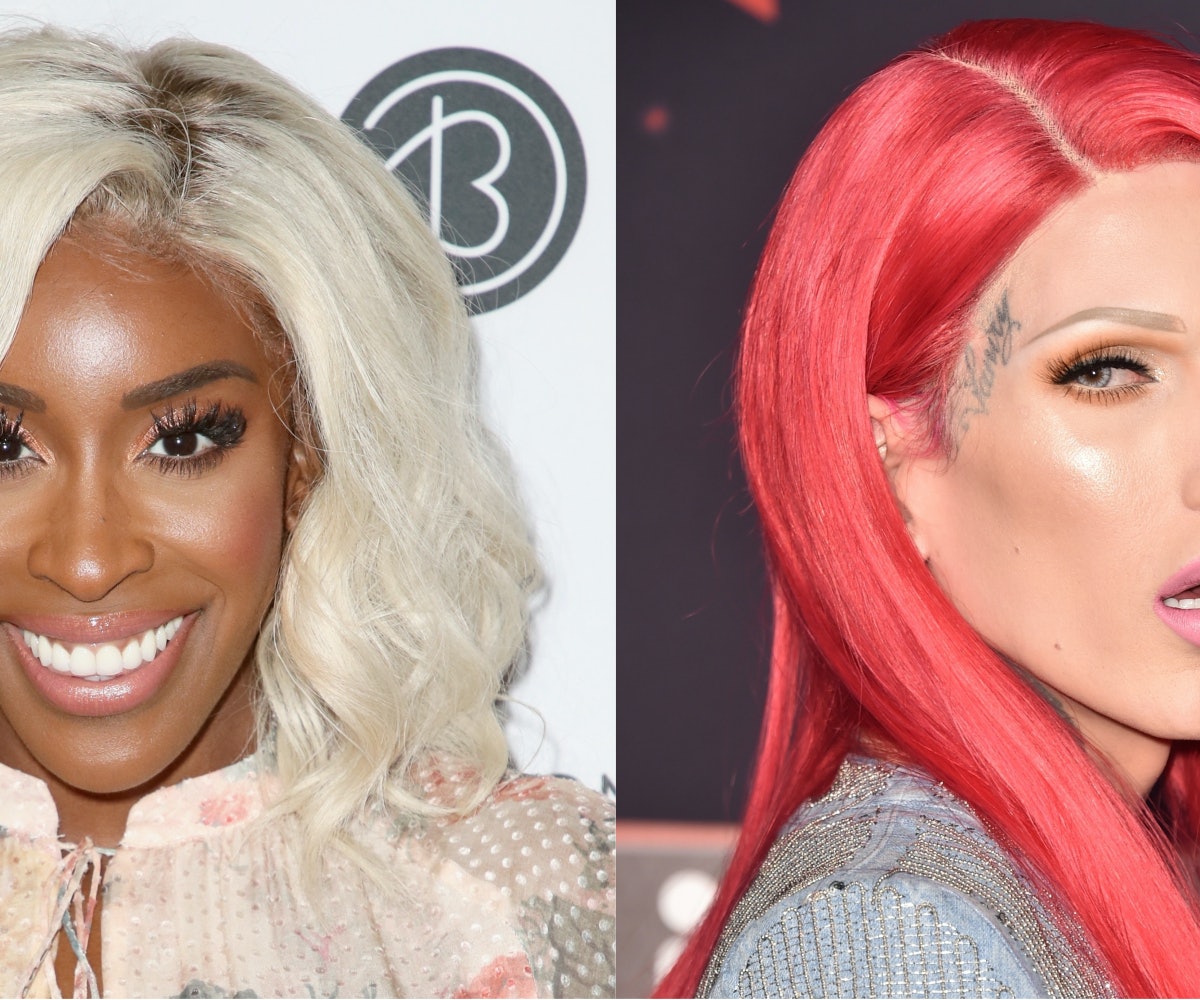 Jeffree Star is being called out for his past (and present) racist behavior, this time by fellow makeup artist Jackie Aina. Rather than adding to the recent series of call-outs that relied on fans digging up old tweets from some of the biggest beauty names, Aina took a moment to share a thoughtful message on Twitter.

“I would like to address something that unfortunately happens more often than it should," Aina began. "I have, and will continue to, be committed to supporting brands and content creators that champion inclusivity through messaging AND their actions." Aina then turned her attention to her fellow MUA, saying, "Jeffree Star does not represent those values. I have not and will not excuse his blatantly racist behavior—not his past references to me in derogatory terms, his continued use of the N word, nor his efforts to eliminate space and opportunities for people of color. No on in the community should feel they are protected enough to continuously say things to make black women feel ugly and ashamed in their own skin."

Aina has always been vocal about brands and influencers she doesn't believe in supporting. In 2017, Aina made an "anti-haul" video, which included Star's products amongst others. Star apologized months later in a video on his YouTube channel, but it doesn't seem like a lot has changed since then. He hasn't responded to Aina yet, but maybe it's because he's in the middle of another feud with his former hairstylist for calling him out for his use of the N-word.

"If there’s going to be a standard let’s raise it for everyone," Aina added, ending her message on a positive note. "Let’s stop making exceptions for people just because we like the way they blend eyeshadow. I hope moving forward, we can do better and focus on making room for those with responsible voices and positive platforms." We couldn't agree more.