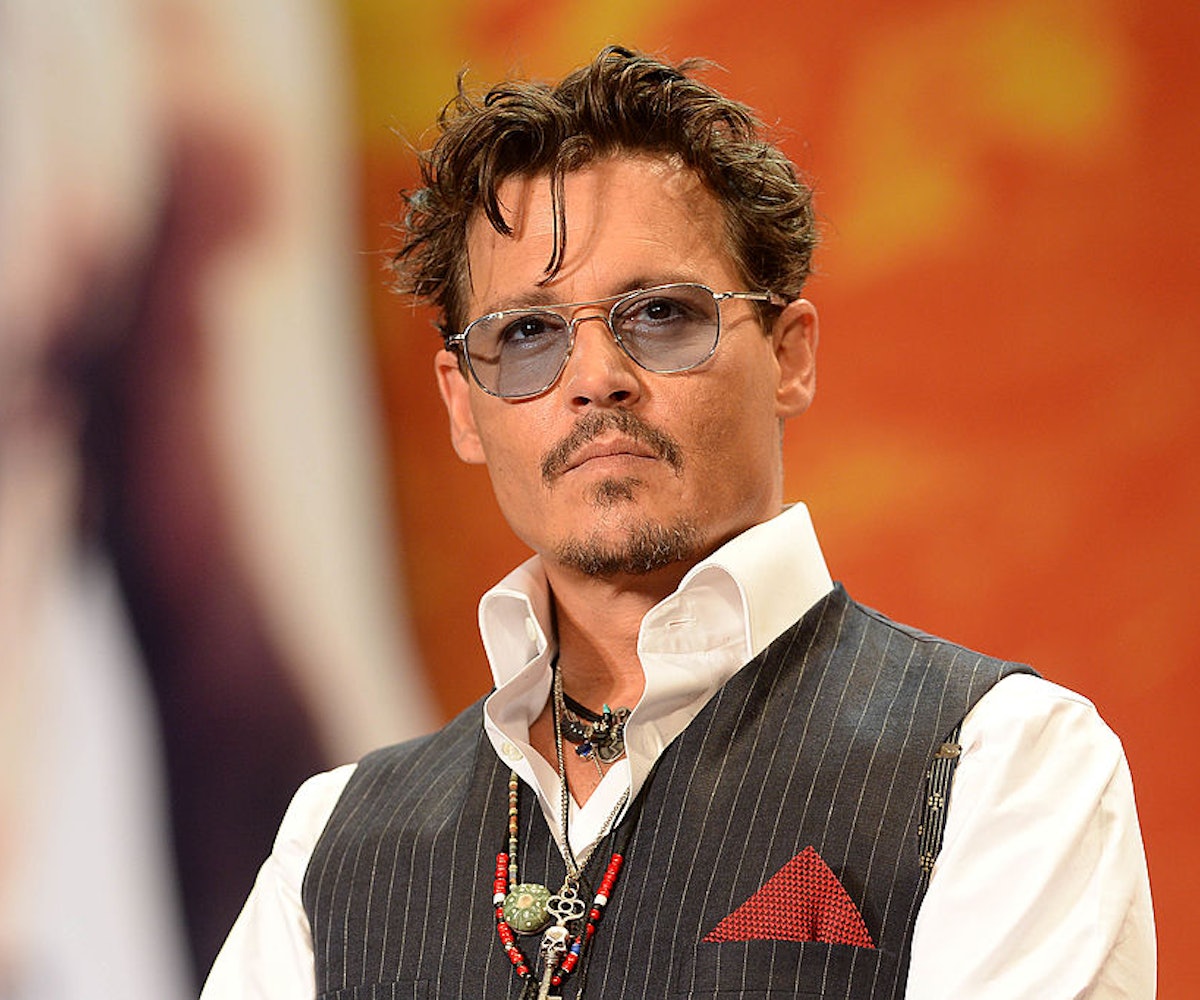 It feels like a million, billion years ago now, but there was a time when there was no man on earth more popular than Johnny Depp. There was a time when the star of such cultishly adored films as Edward Scissorhands, What's Eating Gilbert Grape?, and Cry Baby, was beloved by fans of blockbusters and indie films alike. Now, after a string of cinematic flops (Mortdecai, anyone?) and disturbing revelations about his personal life (those domestic violence allegations were horrific), it could be said that there is no more reviled man in America than Depp. Well, maybe there is one man. And that man? Is Donald Trump.

While Depp was in England this week, appearing at the Glastonbury Festival at a screening of his 2004 film The Libertine, the actor joked about perhaps the only public figure less popular than he is, asking the crowd if they wanted to bring Trump to the festival. (The crowd's response: no.) Depp went further, though, speculating—in jest!—"When was the last time an actor assassinated a president?" The crowd laughed with appreciation, because, seriously, nobody likes Trump unless they are explicitly benefitting from his power and wealth (so, like, that leaves literally his children and the people he employs).

Whether or not this joke proves to be Depp's Kathy Griffin moment is still unclear, though I highly doubt Depp will be removed from his recurring role as... what does he do again anymore? Besides just appear in every Tim Burton movie? And wait for his standing eBay alert for fedoras and skull-themed accessories? It's too soon to say if Depp will face any repercussions, either positive or negative, for this John Wilkes Booth- and Abraham Lincoln-inspired joke, but suffice it to say, we'd be happy if we never had to hear about either of these men ever again.