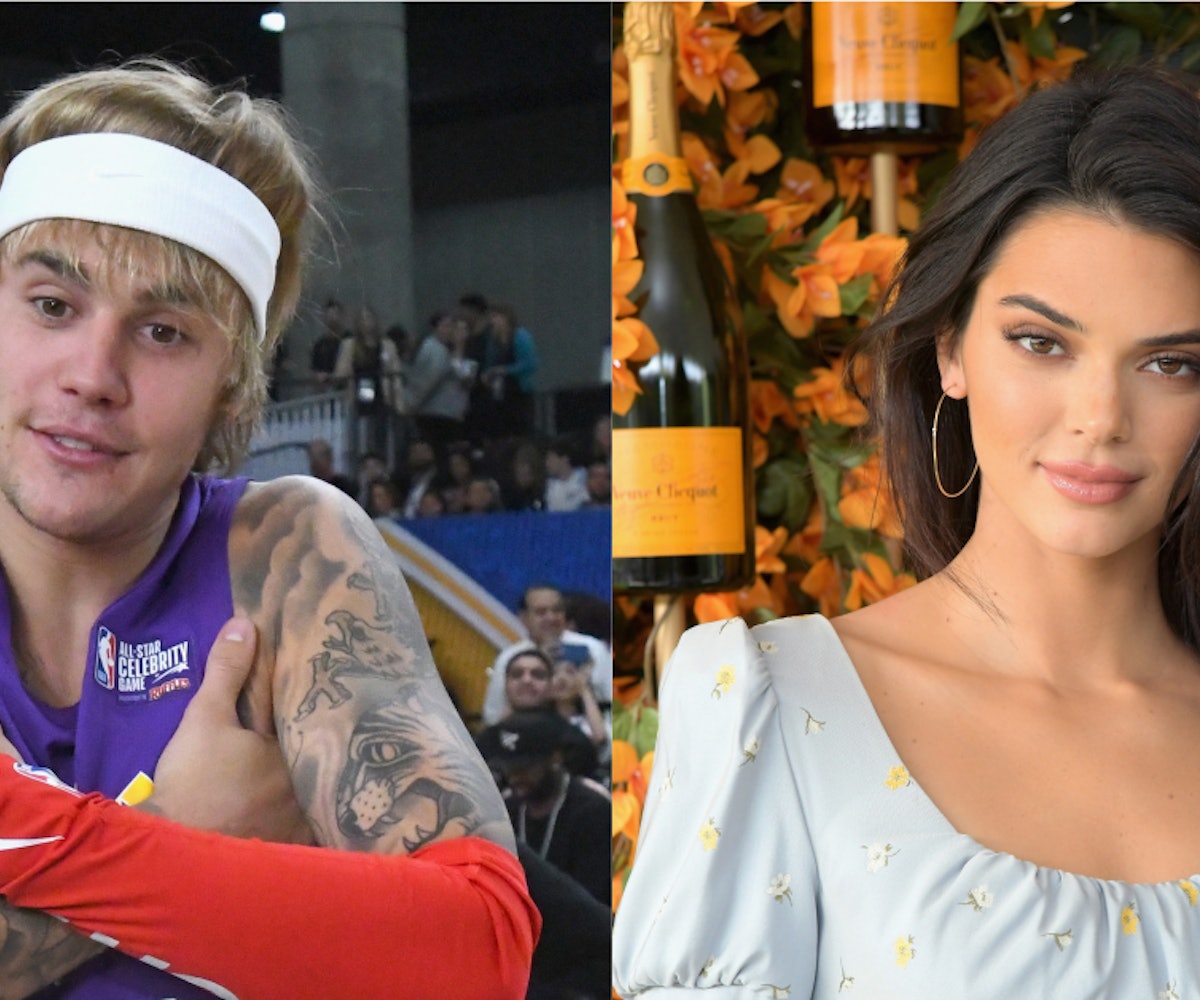 Kendall Jenner asked her friend and Justin Bieber's fiancée (or, wife?), Hailey Baldwin, some pretty tough questions during a lie detector test on Apple TV's Carpool Karaoke: The Series. The show revealed a teaser yesterday, focusing on a giggle-filled clip of the two hooked up to a polygraph machine.

After an easy first question about her hairstyle to get Baldwin warmed up, Jenner goes straight for Bieber. "Does Justin think I'm cool?" The pair starts cracking up before Baldwin forces out an answer. "Of course," Baldwin replies, prompting the polygraph reader to wipe his brow and declare, "That's a lie."

Jenner doesn't seem to be too hurt by the news, though. Fast-forward to later in the teaser and we hear just how emo Jenner and Baldwin presumably were at some point as they sing along to every word of "I Write Sins Not Tragedies" by Panic! at the Disco.

Check out the Carpool Karaoketeaser, below, to find out what else the polygraph test forced out of the models.