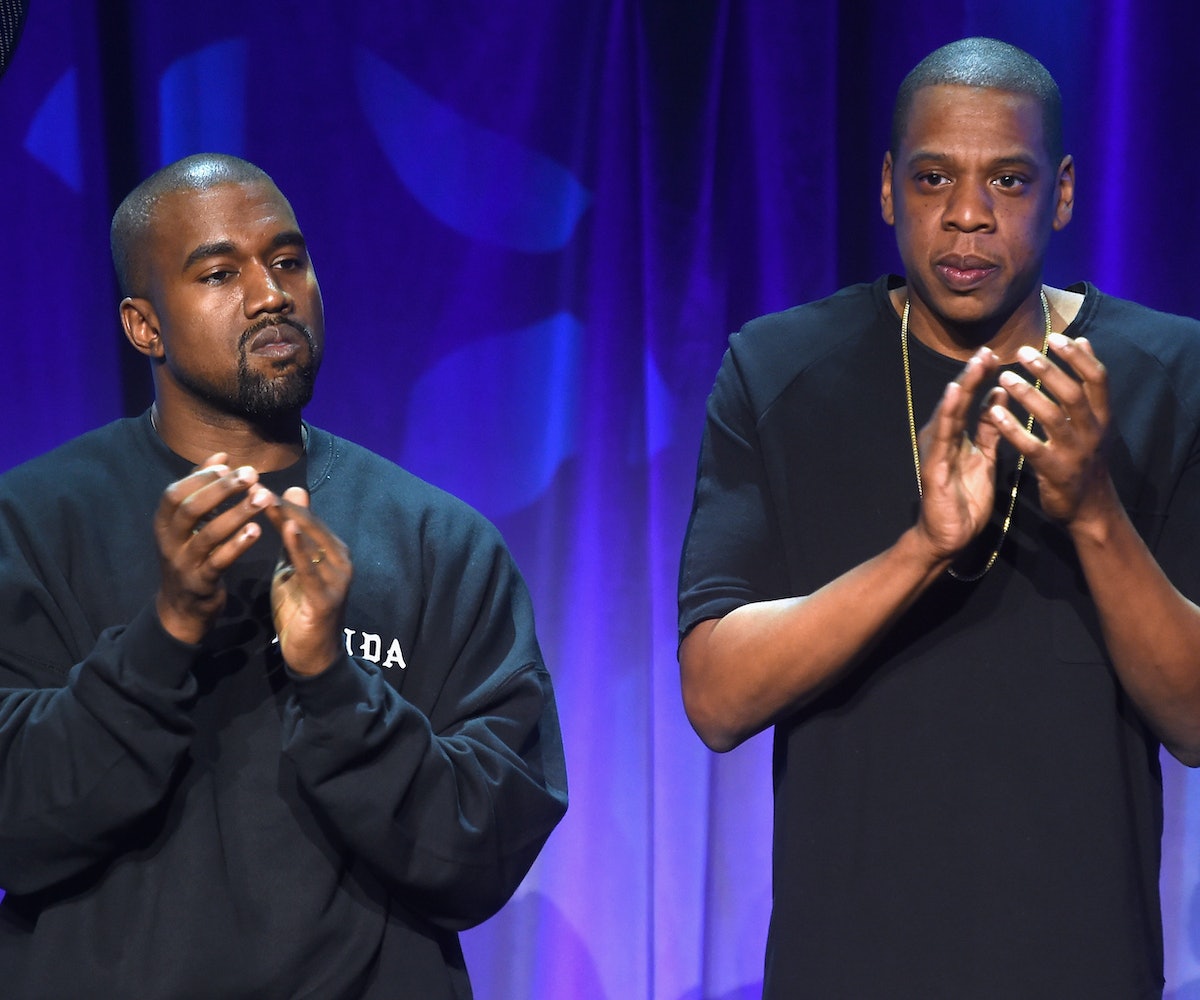 If various gossip sites are to be believed, a feud has been brewing between longtime rap buddies Jay-Z and Kanye West. But the subtle shade-throwing and backtalk may have reached new heights today, with reports suggesting that 'Ye is leaving Jay-Z's exclusive streaming service, Tidal. While it's hard to know if the departure is a result of a specific insult hurled on Jay-Z's recently released LP, 4:44, Kanye claims he's owed $3 million from the company.

TMZ reports that their inside sources have spilled on the legal dealings behind the scene. Kanye's team had sent a letter to Tidal about a month ago, saying they were in breach of contract and sought to end West's relationship with the company. Lawyers on both sides attempted to mitigate the situation but were unsuccessful. Kanye is supposedly looking to collect on bonuses earned from the 1.5 million subscribers garnered from his album The Life of Pablo and on reimbursements for his music videos. Tidal has retorted by saying Kanye has not actually delivered on the videos and that 'Ye is holding out for a paycheck.

Tidal reps say they've still got exclusivity over West's music and that if he tries to go elsewhere they'll take legal action. 'Ye's team's response: Bring it on, we'll sue right back.

The suspiciously timed report coincides with personal jabs thrown at Kanye on the first track of Jay's newest album, released just a few days ago. “I know people backstab you, I feel bad too/ But this fuck-everybody attitude ain’t natural/ But you ain’t the same, this ain’t KumbaYe/ But you got hurt because you did cool by ‘Ye/ You gave him 20 million without thinkin’/ He gave you 20 minutes on stage, fuck was he thinkin’?/ ‘Fuck wrong with everybody?’ is what you sayin’/ But if everybody’s crazy, you’re the one that’s insane,” spits Jay on "Kill Jay-Z," referring quite directly to beef with his former best friend. With Jay's album getting largely positive reviews, could jealousy also be a factor here? This battle certainly seems motivated by more than just money.

The Daily Beast notes that the falling out between the two amped up when Kanye started shit-talking Jay on stage during his Saint Pablo Tour. Yeezy had alleged that Jay had not even called the West clan following the infamous Paris robbery situation and that the rappers' kids haven't even hung out yet.

What exactly this all will mean for Tidal, a service which has been faltering since its inception, remains unclear.