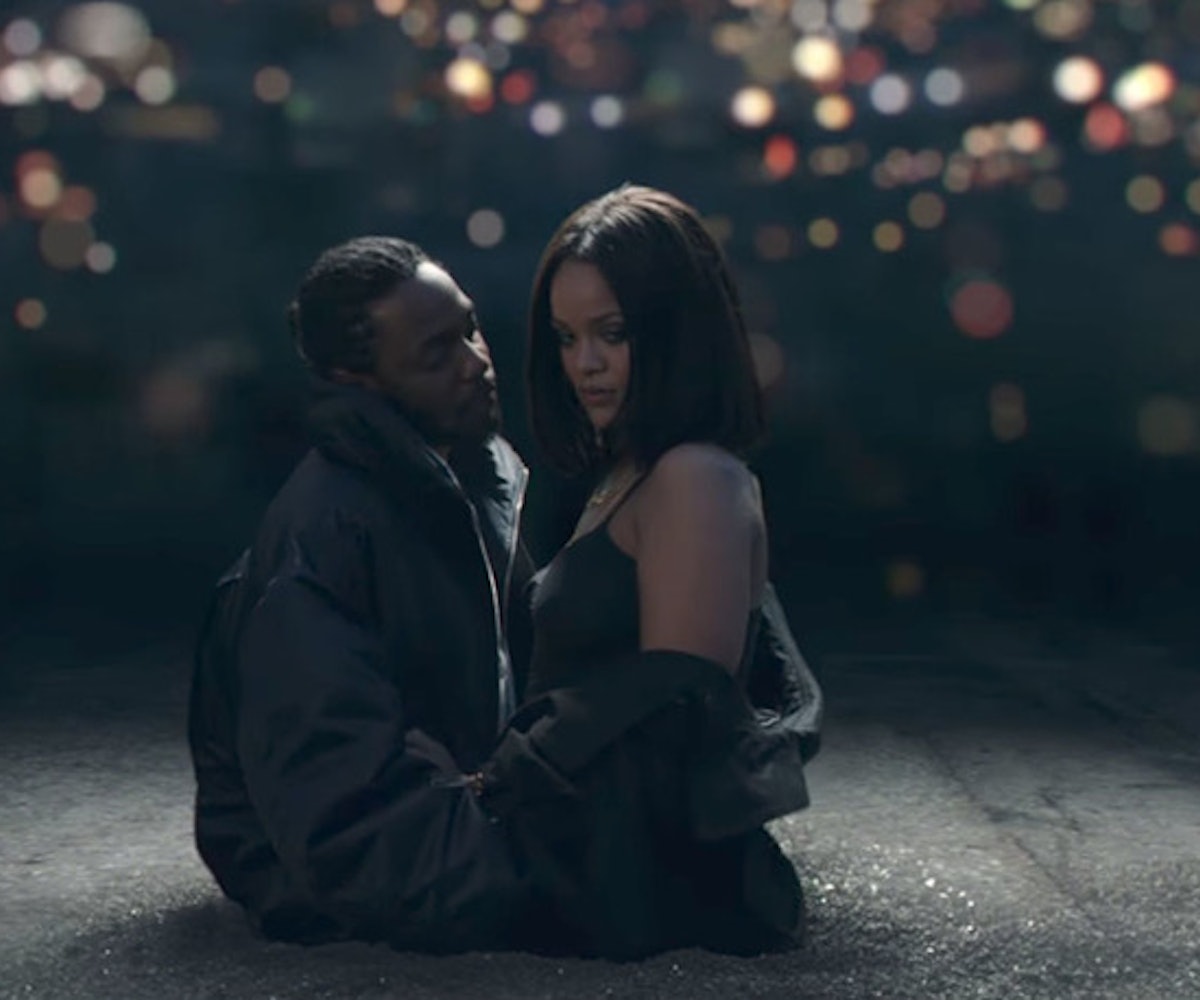 The only thing that can make a Kendrick Lamar video even better is Rihanna. She appeared in the rapper's new video for his song "LOYALTY," released today. In the clip, directed by Dave Meyers & the little homies, Lamar and Rihanna survive all kinds of crazy, surreal near-death situations with one another. "It's a secret society," the two sing in the chorus. "All we ask is trust."

Rihanna somehow manages to look perfect whether hanging from a building or neck-deep in quicksand. After battling literal street sharks and hit men, the two end up almost driving into the sunset together. This is Lamar's fourth video for his new album DAMN. He's released "HUMBLE.," "DNA.," and “ELEMENT.” so far.

Watch the "LOYALTY." video below.