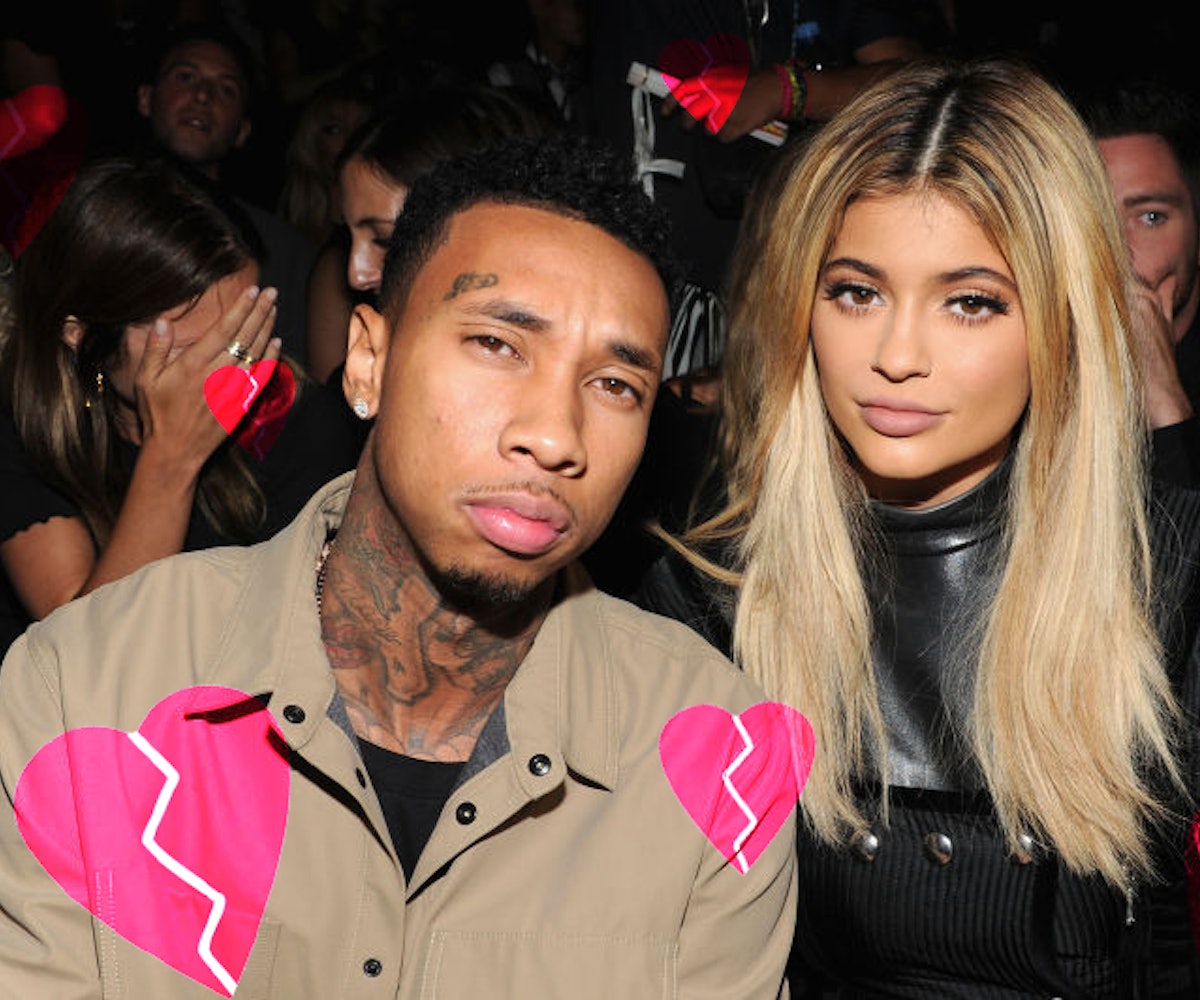 Photo by Craig Barritt/Getty Images
by Sydney Gore
May 12, 2016

Most of the world has been waiting for this to happen, but the inevitable day seems to have finally come at last: Kylie Jenner and Tyga are done, for real. Inside sources claim that the couple parted ways in the days leading up to the Met Gala. (Supposedly, Kylie was "bent out of shape" that Tyga showed up to the swanky event, which he wouldn't have received an invitation to in the first place without her.)

While no one knows the reasoning behind the breakup, we'd like to think that Kylie's brother having a baby with her (now ex-) boyfriend's baby mama might have something to do with it. (The Kardashian family is already complicated enough, but this new development must have been the final straw for the youngest Jenner.) We often forget that Kylie is only 18 years old; we would probably call it quits too after all that.

In all honesty, it's most likely for the best. They can both do better. Guess we'll be spending our summer watching them both rebound.