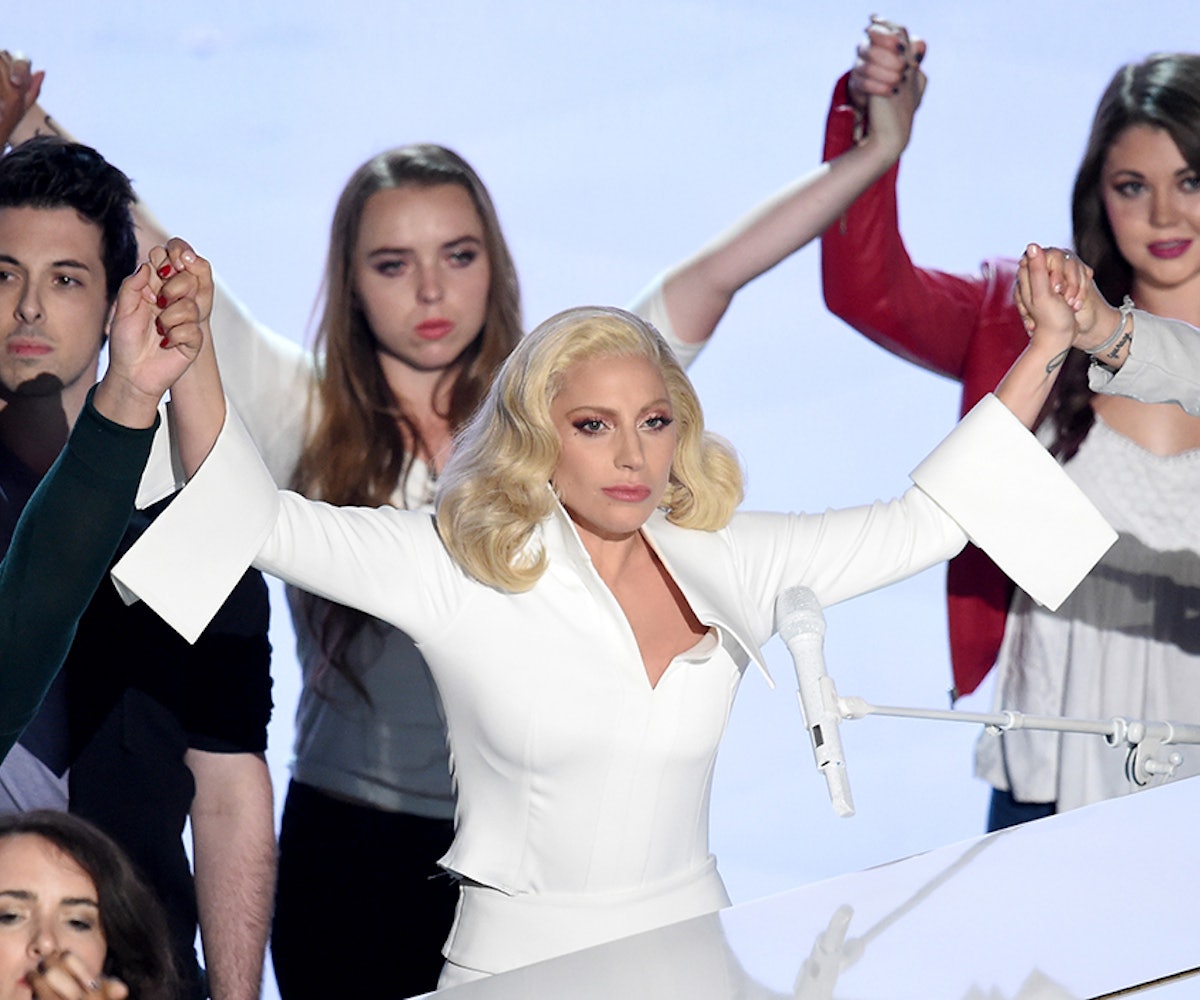 In the year since Lady Gaga publicly revealed that she was raped as a teenager, she has become an incredible ally to and voice for others who have also been sexually assaulted. She has opened up about the shame she felt, and how her experience "changed who [she] was completely," and has lent her support to Kesha and many other survivors on social media. She also brought the issue of sexual assault to what is arguably the world's largest, most highly publicized stage when she performed her and Diane Warren's song "Til It Happens to You" alongside real-life survivors. The performance was emotional, raw, and powerful in a way that can't quite be put into words, but perhaps the most touching aspect of the production was what happened off-screen.

Backstage, all of the women involved formed an intimate bond. Without them and the "magic of their courage," the singer said, she wouldn't have been able to deliver her performance. "At rehearsal the survivors and I made a pact," Gaga revealed on Snapchat. They all promised each other they would get matching tattoos, which would serve as a reminder that they are not alone. Yesterday, Gaga had hers etched onto her back. As tattoo artist David Allen says, it's a "symbol of 'unity'" and "an image of solidarity for survivors of sexual assault."