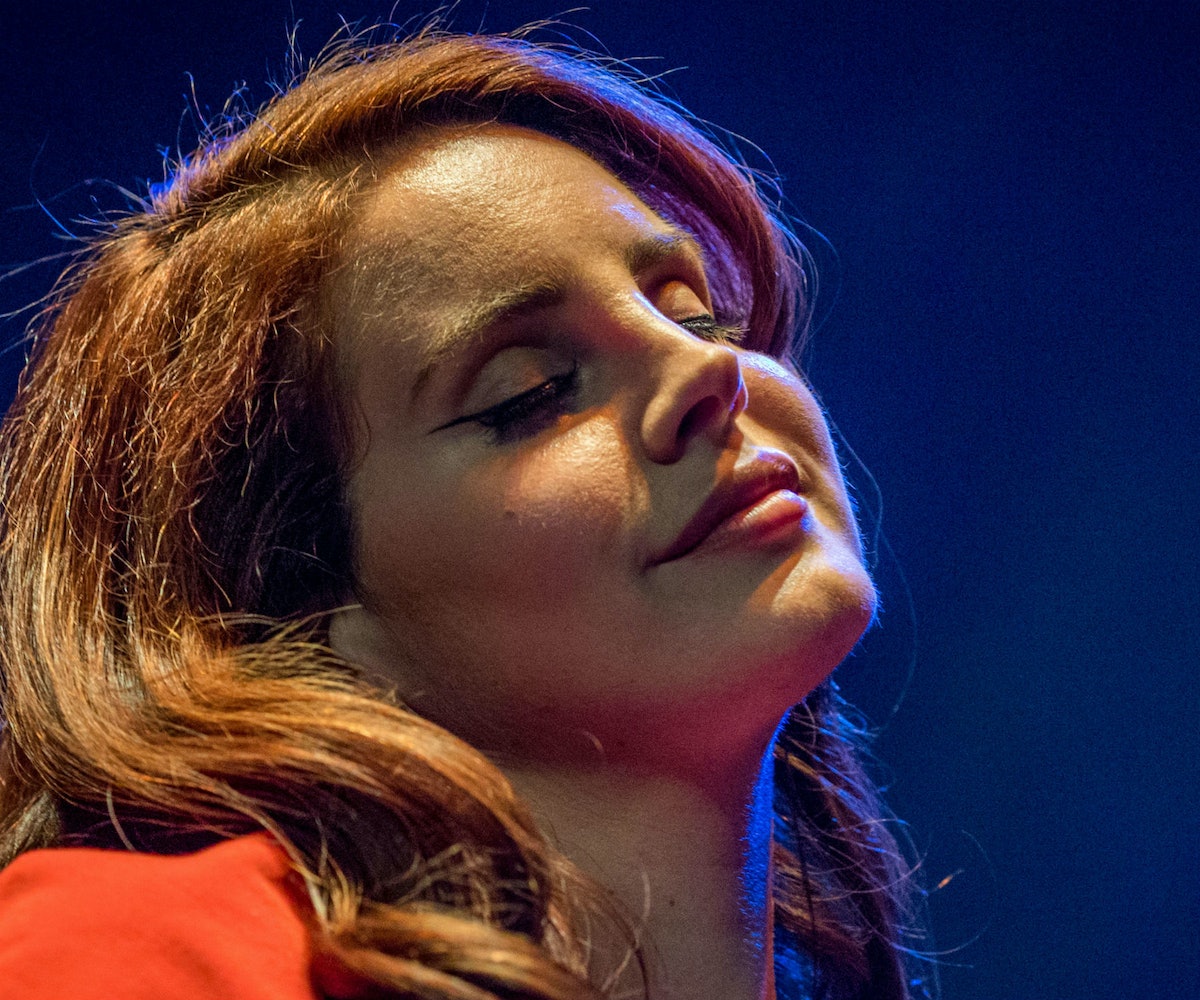 Unlike some musical artists, Lana Del Rey recognizes that this past year hasn’t been the best.

When asked, in a recent Billboard interview, how 2017 has been for the singer, she responded with a famous Leonard Coen quote: “There’s a crack in everything, that’s how the light gets in.” She reflected on that further: “I feel like this is the year where we’re seeing a lot of cracks—all the cracks that have been there forever.” She doesn't specify what those cracks are, but one can assume they could involve any of the awful things that took place in 2017, including the recent sexual assault allegations, mass shootings, natural disasters, current administration... The singer, though, sees these "cracks" as a positive. “The blessing in all of these things that have been coming out is that we get to shine a lot of light on the problems that have been in society for a long time, and hopefully fix them. So that’s something I like to hold on to, and it makes me feel excited, actually. Because it feels like it’s happening fast.”

The state of the world has felt very overwhelming for anyone paying attention. But, as Del Rey emphasizes, by highlighting the flaws within our government, our environment, and in varying industries, it's forced people to wake up and take action—whether that be through protest or through speaking out. And the action that's taking place keeps Del Rey hopeful:

I mean, even though overall, it’s pretty dramatic. Even in L.A. right now, with the fires, and in Sonoma up north. And the earthquakes and everything—it’s a lot! But, I don’t know, I just have this really strong instinct that it’s all leading in a much-needed, different direction, that hopefully we’re all leaning into. It’s like a really hard turn to make, because we’ve got all these weird societal norms we’ve gotta break out of, and we’ve been stuck in them.

When writer Meaghan Garvey says that sometimes chaos can help shake you out of something, the singer responds with, “Apparently! It’s pretty weird, but I feel like it’s not a coincidence. It feels a little bit like a movie.”

It really does. And if and when this 2017 apocalypse we’re living in is turned into an actual film, we hope it’s soundtracked by our beloved Del Rey.