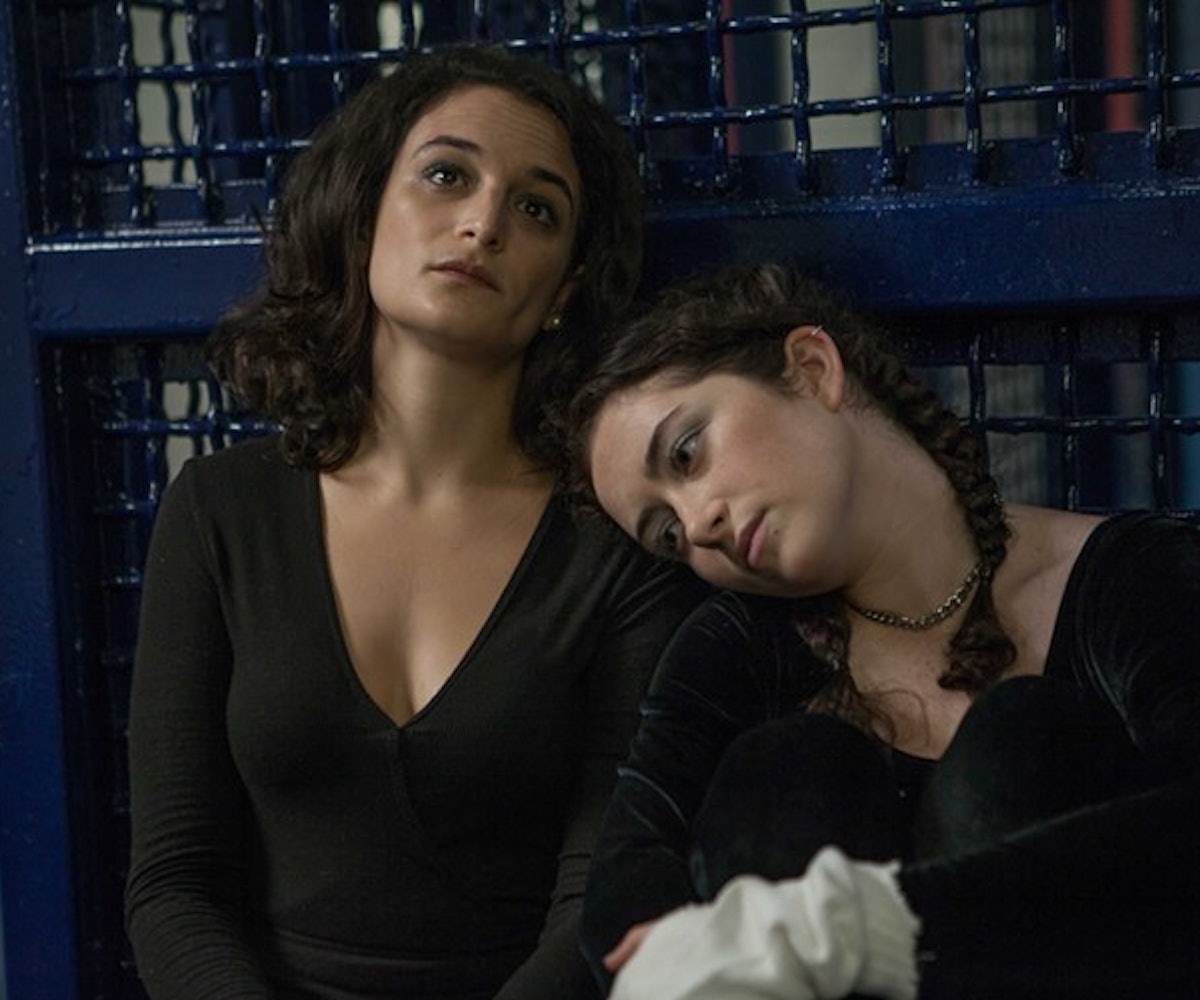 There’s a scene in Landline, the new dramedy from Gillian Robespierre, where Jenny Slate’s character is in a record store, listening to CDs at one of those stations that I used to get so excited to use. If you’re of a certain age, you know the ones. They had all the latest CDs available to sample, great headphones, and there was no limit to how long you could use them. I would spend hours and hours on my feet, listening to my favorite new songs over and over again. Those stations are where I heard Björk for the first time and really got to know U2’s catalog. This was way before Apple Music delivered every song to your phone for just $8.99 a month. This was even before Napster. And even though it feels like another lifetime, it wasn’t that long ago. In Landline, it was 1995, and that scene is just one of many references to a time that Robespierre, her co-writer Elisabeth Holm, and even Slate herself, are all very nostalgic for. Even the movie’s title is a blunt callback to a time when telephones had cords.

Landline follows two sisters—Slate as Dana, the older 20-something graphic designer, and newcomer Abby Quinn as Ali, her teenage sister—who find out that their father, an advertising copywriter who moonlights as an aspiring playwright (John Turturro), is having an affair. They learn this not by hacking into his Gmail account or discovering some private text messages, but by coming across a floppy disk filled with saccharine love poems intended for his mistress. The sisters, who also find themselves at their own personal crossroads—Dana is getting restless in her long-term relationship, Ali is grappling with a sudden rush of hormones—bond over this revelation. In the process of working through this sudden family crisis—do they keep this family secret from their mother (Edie Falco)?—they help each other figure out their own shit, too.

Robespierre and Holm (who previously collaborated together on the refreshing rom-com, Obvious Child, which also starred Slate), set the movie in 1995 specifically so that characters would be forced to collide. When they fight or feel uncomfortable, there is no screen to hide behind. They’re forced to work stuff out, or at least try to. And when they want to disappear, they can. When Dana temporarily moves out of her shared apartment with her fiancé (Jay Duplass), they go weeks without communicating, something that seems impossible in this day and age without blocking someone or cleansing your social media of their presence. And when she plays hooky from work to spy on her father, there are no emails or Slack notifications disrupting her flow.

Back in January, when the movie premiered to a delighted audience at Sundance, Slate and Robespierre told us that they look back on the ‘90s through rose-colored glasses. “I feel like everything in me is oriented toward times before cell phones, and I don’t like them,” Slate said. “I feel like they make us worse, and I feel like the worst parts of myself come out because of phones. I’m suspicious of people, I’m suspicious of what are you doing on your phone. You know, people behave on their phones in ways that they would never behave in life, and a lot of really disturbing and gross and dishonest things are done on cell phones, and it’s so fucking easy.”

Robespierre built on that anti-technology sentiment, commenting on the impact of social media: “It seems like teenagers get the breadth of the pain and suffering from Facebook and feeling the need to flash your titties to your fellow eighth grader,” she said.

In Landline, Ali’s problems amount to your average teenage predicaments: experimenting with drugs, fitting in at parties, parents that don’t understand you, and a sister that gets on your nerves. For a teenager, these are still monumental dilemmas, and the movie does not diminish them, but they feel innocent—wholesome, even—compared to some of the lurid things that teenagers in the digital age are faced with. Robespierre, Holm, and Slate aren’t making the point that this was a simpler—heartache stings regardless, after all—but it's hard not to see why they still miss it.