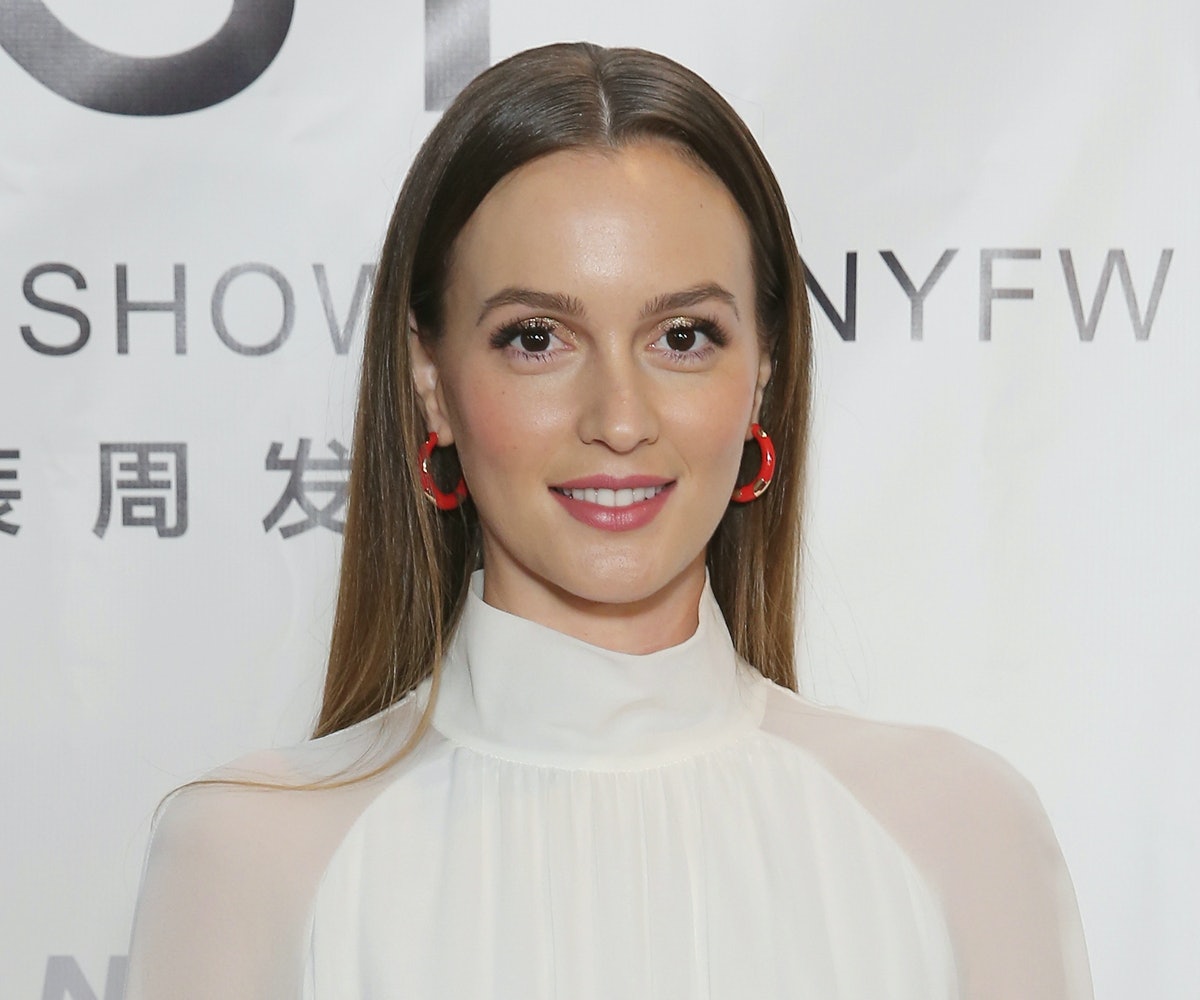 In a new interview with PorterEdit, actress Leighton Meester revealed that, although Gossip Girl was a really fun time for her, she wouldn't want to revisit the role. "A lot of the questions that come from it are: ‘Do you miss it?’ ‘Did you love what you wore?’ And I understand that," Meester is quoted saying, "but—and I say this with nothing but love—it is like saying, ‘High school was an amazing time for you, do you wish you could go back?" Even Blair Waldorf, who had a pretty dreamy time in high school (minus, erm, all the drama), would never say yes to that question. "The truth is, it was so special and such a unique, amazing experience," Meester added, "But no, I wouldn’t wanna go back to it, I was a kid!"

Unlike actors in many of the shows surrounding the lives of high school students, Meester wasn't much older than the character she portrayed. The actress was only 21 when the show first took off back in 2007. "I was young when I startedGossip Girl. A lot more people were suddenly around and I was being looked at," she explained. "If you don’t have the right perspective, you could definitely be confused by people being that nice to you or judging you for behavior that’s typical of a 20, 21-year-old… making mistakes but having to make them very publicly." She went on to add, "I’m not haunted by that time, but it’s been interesting and helpful for me to look at it and examine it as an adult and go, ‘I don’t know if it was the healthiest environment.’"

Though it was a whirlwind rush to fame, Meester has no regrets. "I wouldn’t change anything [in the past] because I’m happy where I am now, and I think that that’s one of the many wonderful parts of not only having a child and meeting your soulmate, but also I feel really lucky career-wise, really in a place that I want to be."

Though we'll probably never get a reunion, we can always reminisce about her queen bee status by sitting on the steps of the Met and eating our lunch, pretending we, too, can make headbands cool.

NEXT UP
Culture
Remember When Gossip Girl Made The Quintessential Thanksgiving Episode?
Culture
An Exhaustive Breakdown Of The Balenciaga Controversy
The Art Issue 2022
What It’s Like To Be A Tattoo Artist To The Stars
The Art Issue 2022
Natasha Lyonne Doesn't Want To Get Lunch With You