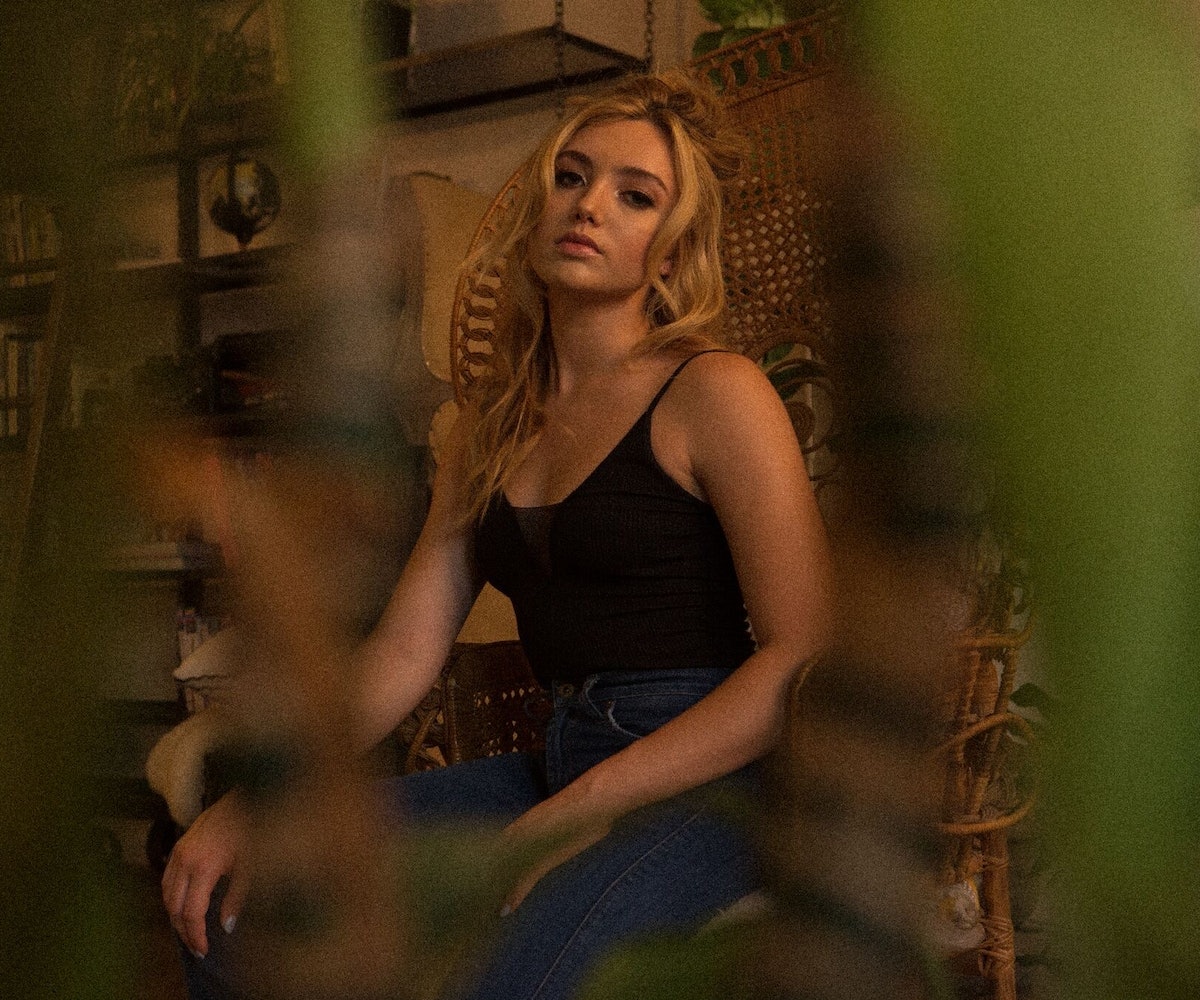 Peyton List is ready for you to get to know the real her. Today, the 20-year-old actress (and former NYLON It Girl) reveals her debut single, “Liar Liar,” an “eff you” of a song about moving on to better people and better things.

List has been sitting on the track for a while now, she tells me: “It took me a while to feel super-confident and super-proud of it.” She adds, “I’ve finally found my sound, and I can’t wait for everyone to hear it.” She’s no stranger to singing (and is an avid music fan—SZA is her “ultimate girl crush”). List always sang for fun, sneaking in any opportunity to record during off-time when she began her acting career.

Speaking of her acting career, the Disney-bred darling knows it’s time for a change. She recently wrapped her work on Bunk’d, pointing out on Instagram that she’s “aged out of children’s shows.” Her fan base is torn on her career pivot. She tells me that “50 percent of them are super-excited, but then I think 50 percent have to hear it,” about “Liar Liar,” because it’s hard for them to see “this change and this sort of personal side of me versus a character.”

The timing of her departure from Disney and the start of her music career was intentional: “I just felt like [before,] it wasn't really the right time because [my music] would be associated with [my work on Disney].”

Thinking of past Disney stars who have pivoted to music (ahem, Miley and Selena), and the scrutiny that came with the more mature themes they played around with, it’s pretty understandable that List would want to keep them separate. “I think people don't really like change,” List says, “But it's not really change, it's always been me.”

List can’t wait for “Liar Liar” to be out in the world, and to continue to explore what the music world has to offer. “It is so cool having complete control over something,” she says, “because, with acting, it’s words written by other people that you perform; you do something that’s completely not yourself.” With music, on the other hand, “it’s really vulnerable and scary,” but she’s ready for fans to get to know the real her.

So, let’s do just that. Turn up the volume and get a little insight into the real Peyton List as she debuts “Liar Liar,” below.