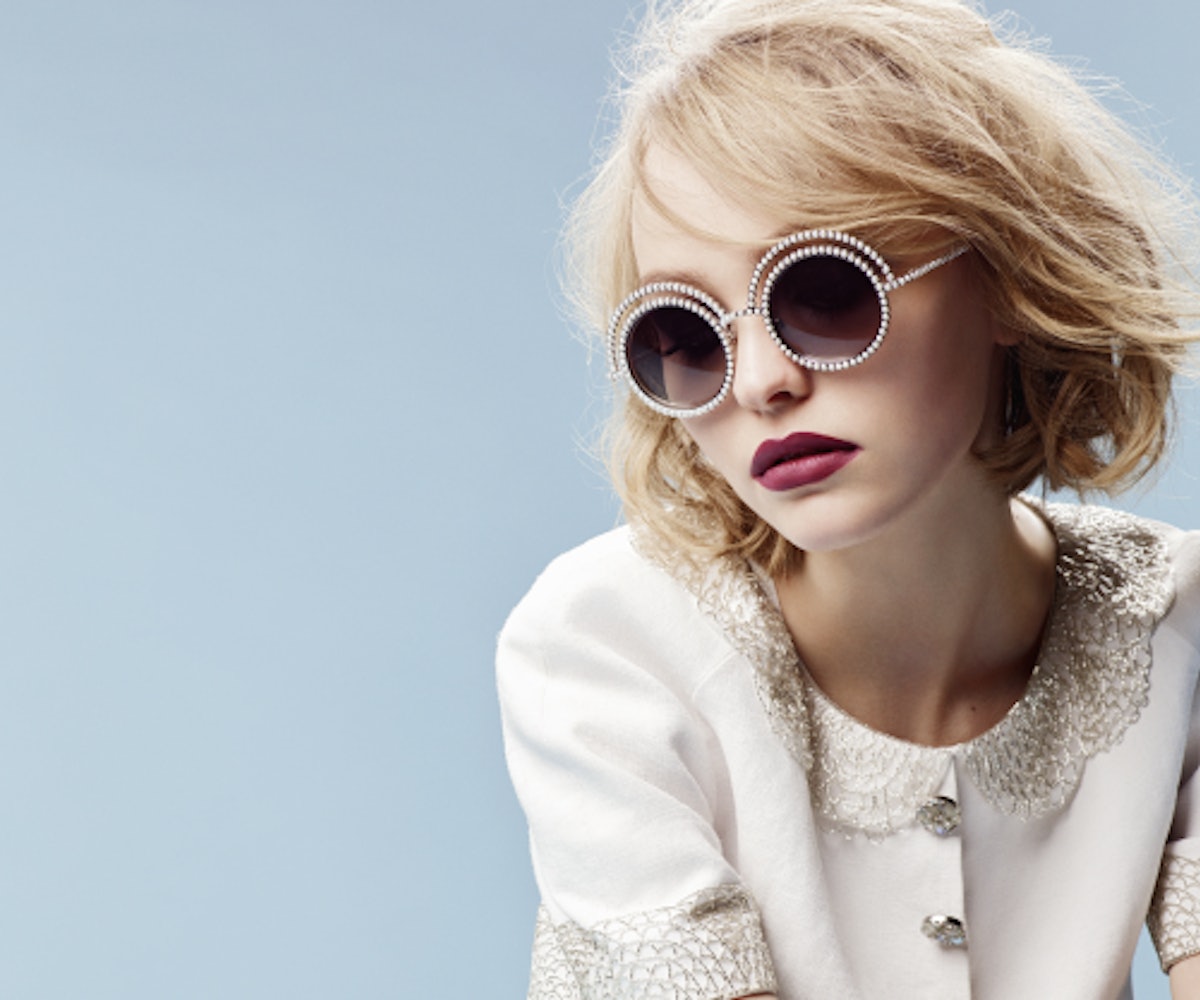 It seems as if the moment Lily-Rose Depp stepped foot on the Chanel Métiers d’Art show red carpet in March, everyone took a moment to stop and stare, and then decided that she would become the next huge it-girl. And ever since, Lily-Rose—the daughter of Johnny Depp and Vanessa Paradis—has become everyone's favorite topic of discussion, and therefore, obsession. Now, after playing roulette at Chanel's AW '15 Haute Couture show, the 16-year-old has become the official face of the French fashion house.

Whether or not you can say that Lily-Rose intended to follow in her mother's footsteps, it is cool to see how Lily-Rose has joined her mother in Karl Lagerfeld's short list of muses. Let's just hope that this doesn't mean she'll stop appearing in rap videos and throwing her own guillotine parties.