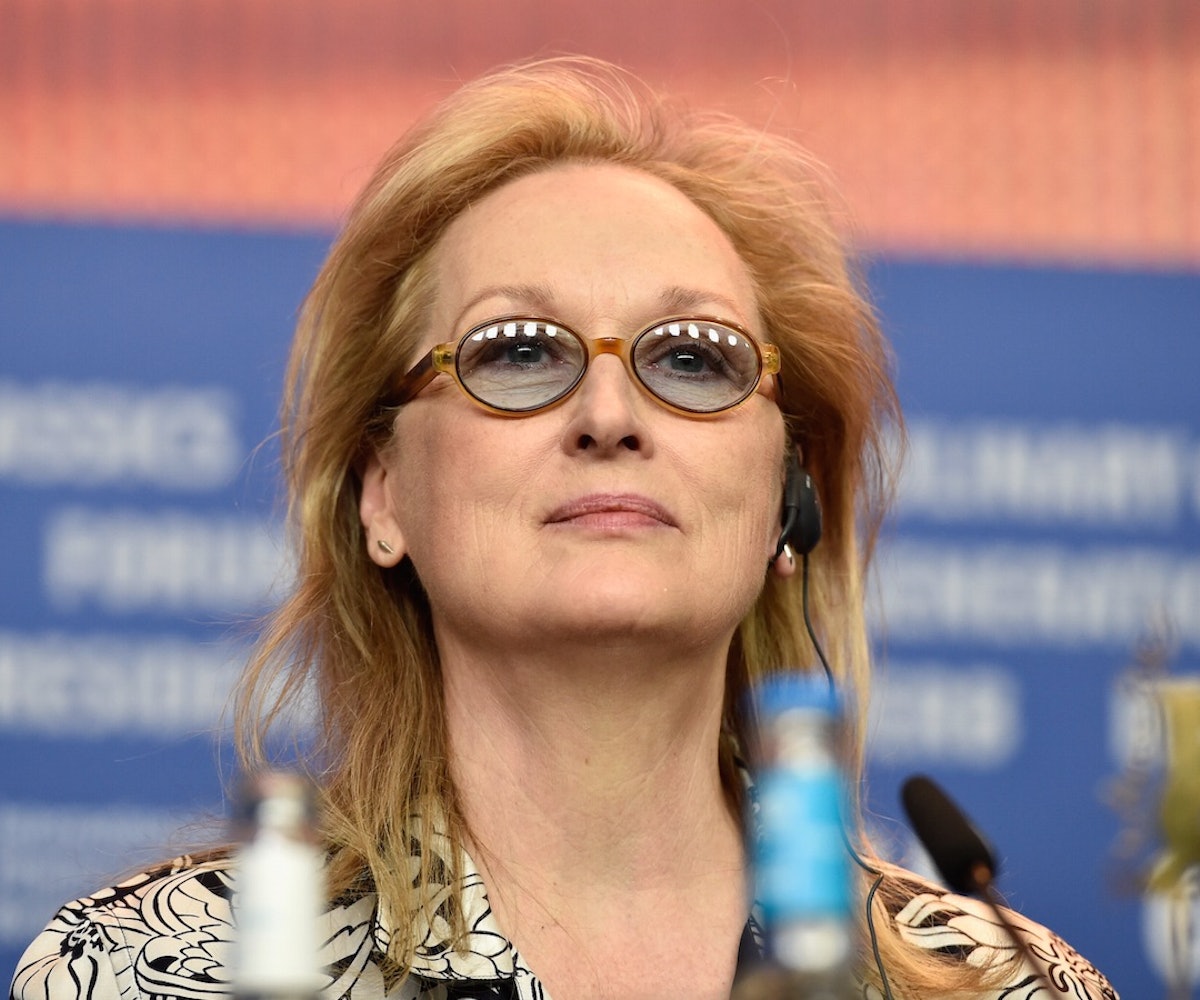 The New York Times just published an illuminating article about the anxiety actors and publicists on the awards circuit are currently facing, thanks to a media suddenly obsessed with diversity. Actors who are used to chatting about their wardrobes and hair routines are suddenly fielding tricky questions about race, leading some of them to slip up very publicly. But leave it to Meryl Streep to not really give a fuck. Thanks to a rare year where Streep is not on the Oscar hunt, she's currently heading up the jury at the Berlin Film Festival. And since she is an actress, Streep was asked to drop a hot take on diversity. The floor is hers.

"This jury is evidence that at least women are included. That's an unusual situation in bodies of people that make decisions."

Perfectly reasonable, right? Then, when asked about her knowledge of African films, Streep revealed a mind-bending truth: "The thing I've noticed from my (different) roles is there is a core of humanity that travels right through every culture. And, after all, we're all from Africa, originally. We're all Berliners. We're all Africans, really."

NEXT UP
Entertainment
Who Will Rihanna Bring To The Super Bowl?
Life
ask a witch love spells
Life
Manifesting Your Best Life By Working With Spirit Guides
Fashion
Saint Laurent's Front Row Was Black And Pink And Blackpink All Over