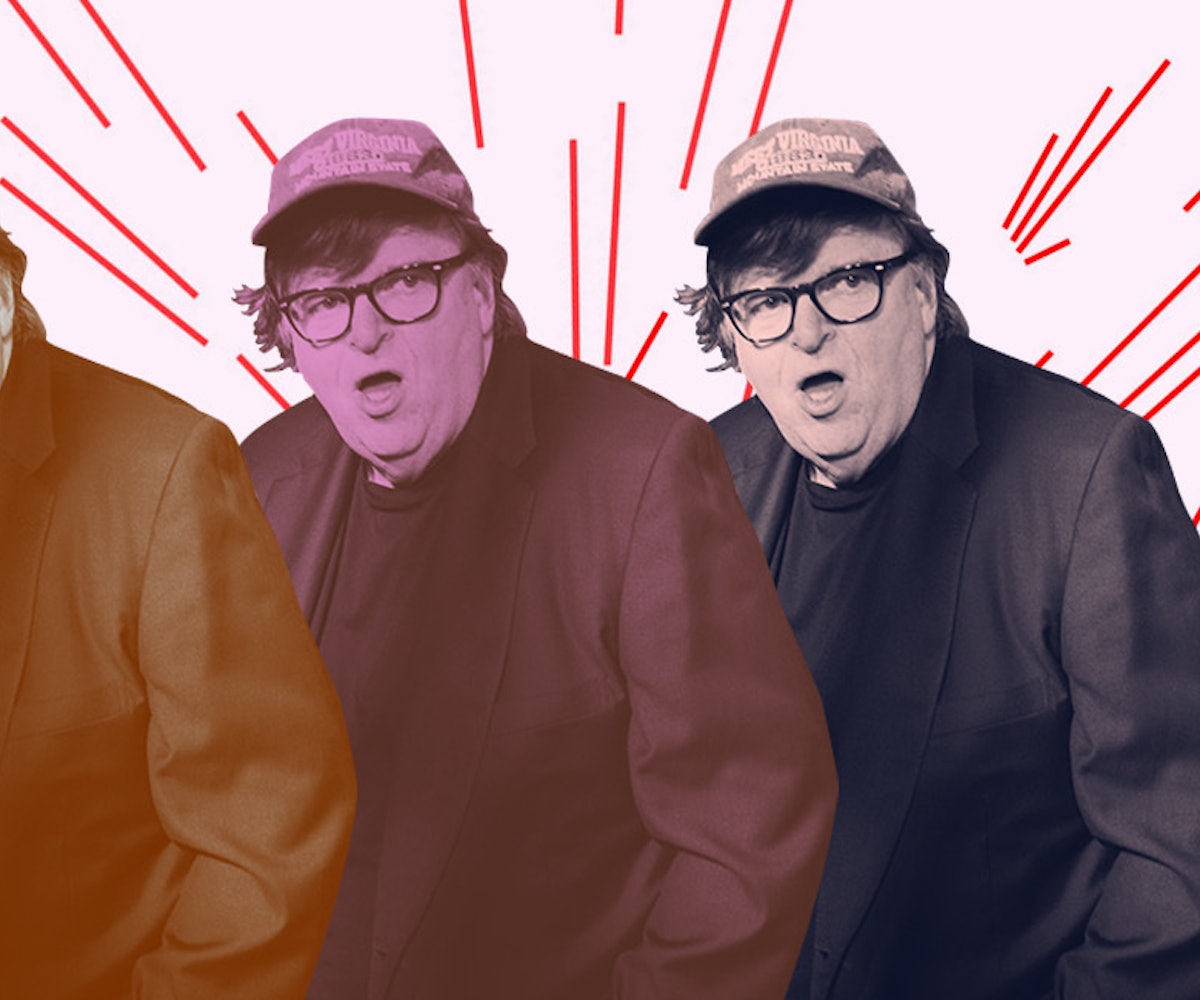 In my senior year of high school, during the required economics course, my teacher had the entire class watch Sicko. He wasn’t a particularly liberal teacher, and I grew up in a relatively redneck farming town, so films about socialized medicine weren’t the usual supplement to the curriculum. But, I watched the Michael Moore film and felt energized, furious that the United States was so backward in its approach to health care, while other countries, it seemed, had it all figured out. Yes, I thought Moore was corny and heavy-handed in his approach, but, in the moment, I also felt radicalized.

After doing further research following the film, I realized that the state of things was quite a bit more nuanced than the way Moore had presented it. But I didn't mind Moore's methodology, because Sicko had made me passionate enough about the topic to seek more information and fight for the cause, and that's a good thing.

Now, years later, Moore is back with a new film, Fahrenheit 11/9, which is focused on the 2016 election, and follows the tradition of his other work in that it utilizes schticky techniques, like over-the-top musical interludes and wide shots of the filmmaker stomping toward government buildings, to make a point. But somehow Moore's blustering persona works better than usual, his lack of nuance is surprisingly effective, and there's a pretty obvious reason why: In Donald Trump, Moore has met his match.

Think about it: Both men are prone to essentializing hot topics. They both use buzzwords to get a point across. They both can come across as self-aggrandizing, self-righteous, pompous. They incite an aggressive passion in their audience.

Like yin and yang, cats and dogs, peanut butter and jelly, whatever tired metaphor you want to use, Michael Moore and Donald Trump complete each other.

Trump builds a wall between two countries. Moore brings a truck full of dirty water and hoses down the Michigan governor’s mansion. Trump babbles relentlessly through a press conference. Moore blames the presidency on Gwen Stefani. It’s as if they’re in this beautiful, clumsy dance, complementing each other’s every move. Not always necessarily in direct response to one another, but the larger forces they fight are in direct opposition. The key difference is in their end goals, with Moore's being, you know, not expressly evil.

In Trump, Moore has found his perfect subject precisely because the president is also a master of the histrionic. Trump literally talks in jump cuts; impossible-to-believe-but-all-too-real quotes are his forte. Moore’s style was made for the material that Trump offers, and the filmmaker takes advantage of it in his attempt to answer the most-asked question about the 2016 election: "How the fuck did this happen?"

Interestingly, though, in order to grapple with this question, Moore turns his lens away from POTUS and toward his hometown of Flint, Michigan, which still does not have clean water. By demonstrating the ways in which Michigan governor, Rick Snyder, misled citizens and essentially enacted ethnic cleansing in his state by allowing majority-non-white communities to drink poisoned water, Moore is showing how easy it is for elected officials to hurt disenfranchised communities and get away with it. Snyder, Moore demonstrates, is sort of a beta version of Trump, and we should be just as terrified of him, and all those like him.

With Fahrenheit 11/9, Moore’s instances of hyperbole, his steps-too-far, feel excusable, because he is relaying information that is itself extreme. There’s something incredibly cathartic about Moore’s stomping toward a government building to pull a stunt that we’d all dream of doing—in this case, it's an attempt to perform a citizen’s arrest on Snyder. This film shouldn't be your only source for understanding the horrible state of our country today, but it's not a bad place to start, and if it works to radicalize anyone who is stuck in the doldrums of political apathy, then it's done its job.

NEXT UP
Culture
Jeremy Allen White Has At Least Four A24 Scripts on His Desk
Culture
Aubrey Plaza Directorial Plans Involve Filling The “Female Tim Burton Spot”
Culture
Not One, But Two BTS Documentaries Are Coming
Culture
Paris Hilton’s Memoir Will Included Her “Most Personal Stories Yet”