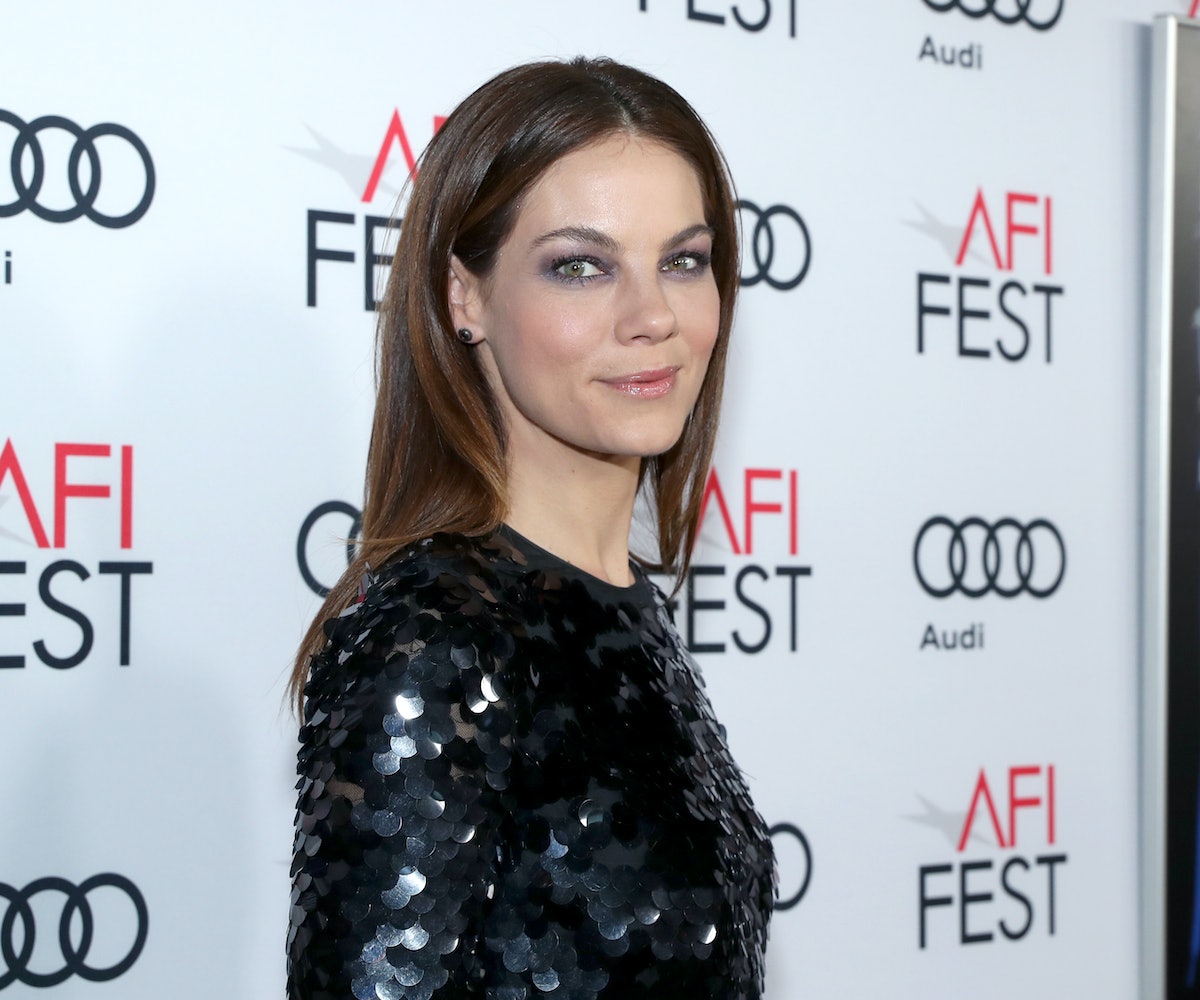 Patriots Day, director Peter Berg’s second film this year based on a real-life tragedy (the first was Deepwater Horizon), aims to give viewers a new perspective on 2013's Boston Marathon bombing and the chaotic days that followed. The film moves like a documentary, focusing on real-time reactions from the heroes who rushed to save civilians and the brothers who were the target of the massive manhunt that followed.

What makes the film particularly gripping is its focus on characters and their capacity to overcome tragedy in spite of fear. Michelle Monaghan stars in the film as Carol Saunders, the wife of Police Sergeant Tommy Saunders (Mark Wahlberg). Both Carol and Tommy are composite characters, designed to represent various Bostonians who were present during the bombing and its aftermath. Monaghan, who’s known for her roles in Kiss Kiss Bang Bang and True Detective and currently stars on Hulu's The Path, admitted that recreating such tragic events was “intense,” but “humbling.” Her character witnesses firsthand the gruesome aftermath of the bombing that killed three civilians and left hundreds wounded.

As the film takes us behind the scenes of the police’s investigation, we learn how the day sparked nationwide unity and how the city triumphed through love, the movie’s central message. We spoke with Monaghan about her hardest scene to shoot, real-life heroes, and her post-election message of hope.

When you are reenacting such tragic events, it's very intense for the viewer. Did it feel like that on set?

Yes, it was very intense, and I think that is because of the nature of the kind of filmmaker that Peter Berg is. He is the kind of director where you understand the situation that you are in, you understand the moment. But everything is very loose in the sense that you have a lot of freedom to move around. As an actor, you don't have any marks, you shoot multiple cameras, everything's running, you never cut. So you could be in the moment and try things your character might do in that time frame, and it's just very liberating. But there are really nice moments that evolve from that and so things can feel very real. That was very much the sense when we reenacted the bombing scene. We had real first responders, police officers, people, survivors from that day, actual marathon runners, and the bystanders who just happened to be there watching. Everybody came back to be a part of [the shoot] and that certainly made it all the more intense and real and also very humbling.

What do you think was the hardest scene to shoot?

Well, I would honestly say that scene. I think seeing the horror of what these bombs did to people; it is shocking and horrific to see people respond to that in a very visceral way. It's eye-opening, it's very intense, and it really allowed me to have a certain perspective on what it was like for people. And Peter Berg showed me this video footage of the moment that the bomb had gone off, and, naturally, there were people who, as soon as it went off, fled the scene. But there was one woman, this police officer who, the second it went off, turned and she went straight to the explosion. I get goosebumps thinking about it, it was truly extraordinary, I have never seen anything like it, people just scattered in every direction, and she just turned and ran right for it. And those are the people that this movie honors and pays tribute to, those extraordinary acts of bravery and courage, the untold stories that we didn't really hear on the news that day or the days after.

The film is comprised of characters who are based on real people. You and Mark Wahlberg played composite characters. Did you draw on anybody specifically for your role?

I spoke to a lot of people from Boston. I think that Carol represents probably a great number of people that we all know, somebody who experienced something completely unexpected, unimaginable, and then the vulnerability that comes with that, the helplessness, the fear. And then also a partner to someone in the line of duty. Whether you are male or female, so many of our soldiers go off to war, and their husbands and their wives are left at home, and you fear for them. I think that is just as much of a sacrifice, wondering if they are going to be safe, if they are going to make it back home.

I think what made your character so gripping was that we learn she was unable to have a child. Did that play a part in how you approached the role?

Absolutely, and that was definitely a question that I had for Pete because [Carol and Tommy] were a couple for a long time and I asked him, “Why they didn't have children?” I felt that there was something there and he expressed to me that she wasn't able to have children and I think that there is a vulnerability that comes with that. I was very connected to her in that sense. That was all she had in terms of her family. She felt very attached to [Tommy] naturally.

What did you learn about the bombing that you didn’t know prior to filming?

There was so much! When Pete gave me the script, I was like, “Oh okay, this is about the Boston marathon.” And I’m thinking, “How do you make a movie about this?” As I read the script, all that I could take from it was just these firsthand accounts, these untold stories that I had never heard of. You only kind of heard about these two brothers, the perpetrators, the manhunt. I had no idea about the carjacking, how intense that was and that the two brothers were actually headed to New York to continue their rampage. That gave me chills when I read that, that they just didn't want to stop in Boston. I had no idea that the shoot-out in Watertown was so significant. I did not realize it was almost like a battle. It was truly incredible.

Peter Berg recently discussed this “new reality” of us having to live with constant tragedies. It’s a chaotic time in the country, and I saw after Donald Trump was elected, you posted on social media: “That which does not kill you only makes you stronger.”

Yeah, and I believe that in any situation. We saw it in New York, we saw it in Boston, we saw it in Brussels, we saw it in France. We have seen it time and time again. I think that is the takeaway from this movie: you may hurt us, you may kill us, and really break our heart, but the message of peace in this film was really what was on display. And it really is the truth. Love cannot be defeated. You may do your damage, but ultimately, you know people are good and people will do right by each other, and we saw it in the best of what was in Boston.

I think after this election, there was a lot of fear that sprouted throughout the country. What was your personal reaction?

I was a little bit shocked and disappointed because I made it public that I was a Hillary supporter. It was also very eye-opening and a real opportunity and a real challenge to say, “Okay, clearly he won.” Regardless, there is a real divide. You have nearly half the population that believes in him. And we have to unite somehow and find some common ground. It inspired me to say, “Okay, there are people in my own life that voted for Trump, and I respectfully disagree.” They respectfully disagree with me, but I now look at it as an opportunity to say, “Let's figure this out now.” I think that there are people on both sides who are struggling, and really we all want and strive for the same things. It's sometimes going to go our way and sometimes it is not.