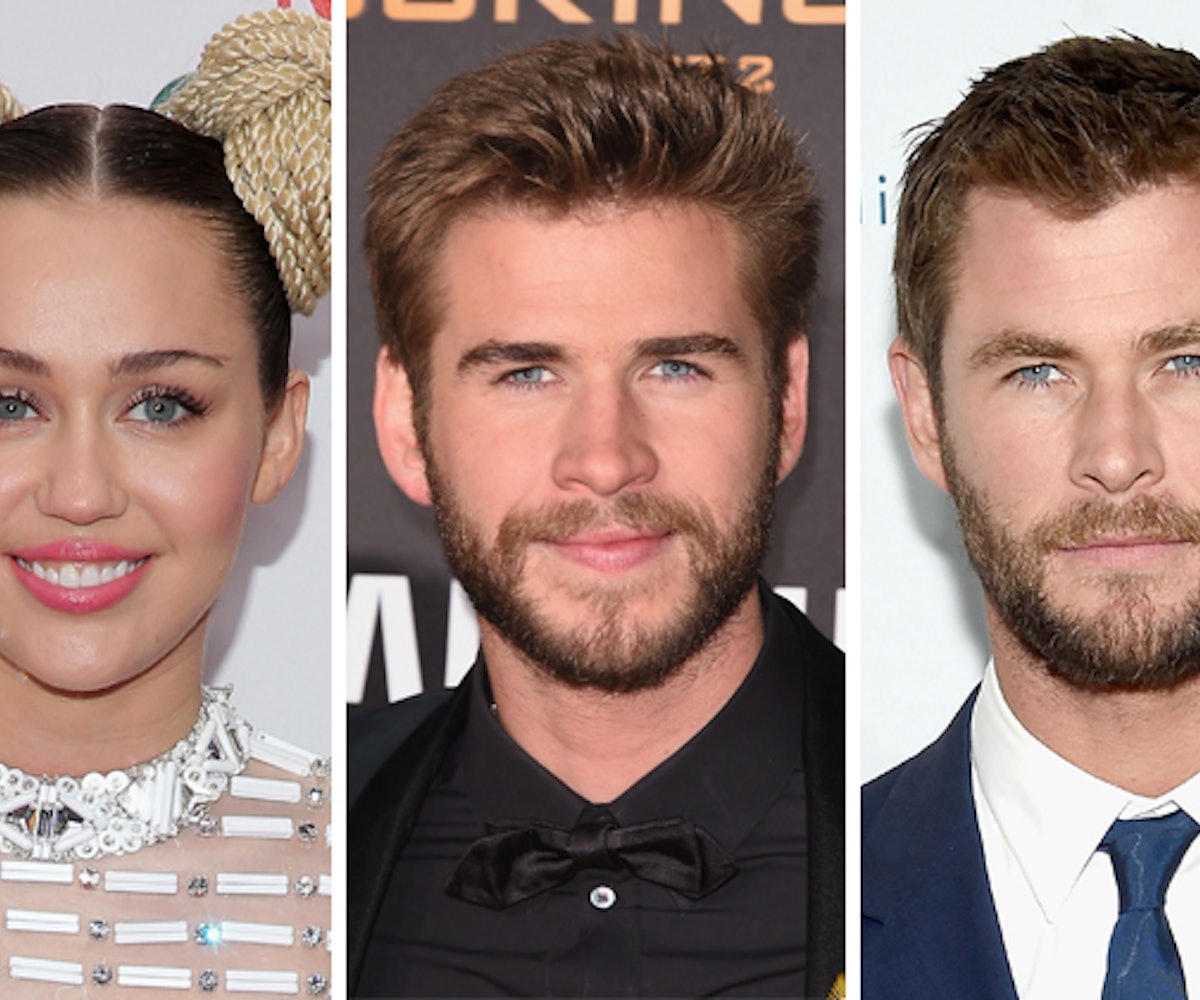 When it comes to pressing issues, such as the possible and surprising re-engagement of ex fiancees Liam Hemsworth and Miley Cyrus, facts can be tricky, tricky things. The truth flickers rather being a hard, solid substance. Yes, she is wearing his ring again. Yes, she has apparently moved back in with him. Are they straight-up engaged though? Despite the fact that Cyrus has been very generous in sharing so much of what goes on with her life, that’s a closely guarded secret known only to a small circle of friends and family.

Thus, we must seek answers in the sometimes opaque comments dropped by members of that beautiful, little circle. For instance, Hemsworth’s brother—the Adonis-like Chris Hemsworth (aka Thor)—offered up a little quote on the matter when pressed by a reporter. It’s interesting, though it requires a little bit of analytic investigation (luckily some of us in the office studied logic during their philosophy degree).

As Hemsworth told Entertainment Tonight last evening during a Australia Day event in New York City, “I'm happy if he's happy, whatever he's doing in life.” He continued, “I can't confirm any of that but, you know, he's smart [and] he's happy.”

Ah HA! Yes, yes—this sounds noncommittal. This sounds like nothing. But look closer, friends. In response to a question about whether his brother was engaged, Hemsworth said he’s happy if his brother is happy, then confirmed that, indeed, Liam is happy. So, in essence, he’s saying, “I would approve of my brother’s engagement if it made him happy—currently he is happy.” Sounds like a 40 percent confirmation.

The elder Hemsworth also said that he “can’t confirm” any of “that”—meaning that there is a “that” to confirm. Is that an engagement? Is Schrödinger's cat alive? Possibly! We’re edging this whole thing up to 80 percent.

Now, of course, all of this could mean 100 percent nothing. It really could. After all, our logic expert may have studied the science, but he also dropped out of his philosophy program. Again, as we said, facts are tricky, tricky things.